Plato, a California-based treat manufacturer, makes pet treats that are wholesome and in the most considerate and conscious way possible – The Plato Way. 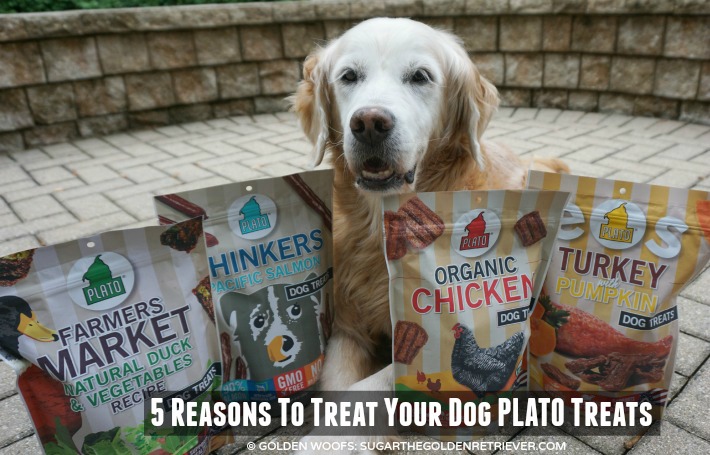 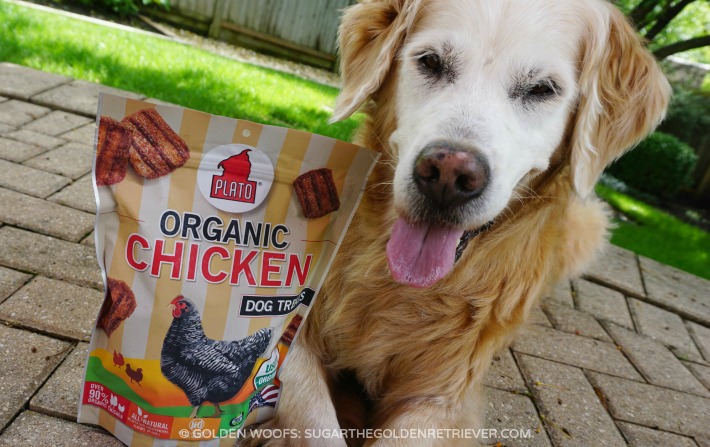 2. Responsibly Sourced & Made in the USA: Ingredients used in Plato treats are from North America (except for some of their natural preservatives which are imported from Europe). Plato carefully monitors the journey of every treat made in their facility, ensuring its wag-worthy. 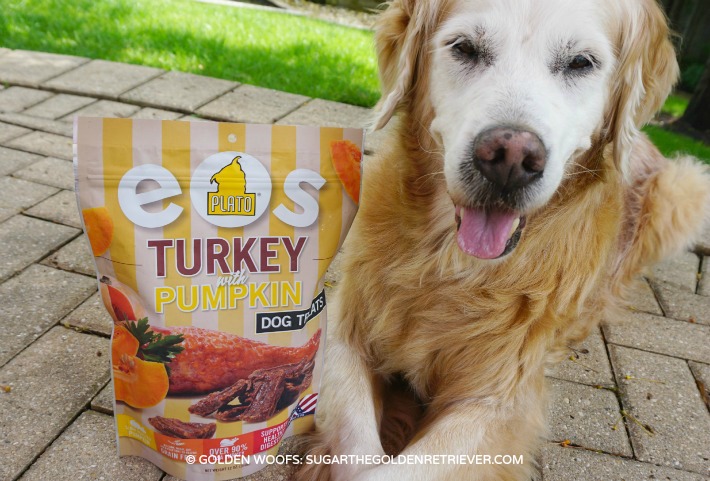 3. Real Simple Ingredients: There are no meat by-products, sugar, artificial colors, flavors, synthetic preservatives or GMO’s in Plato’s treats. All real ingredients are traceable back to their origin. 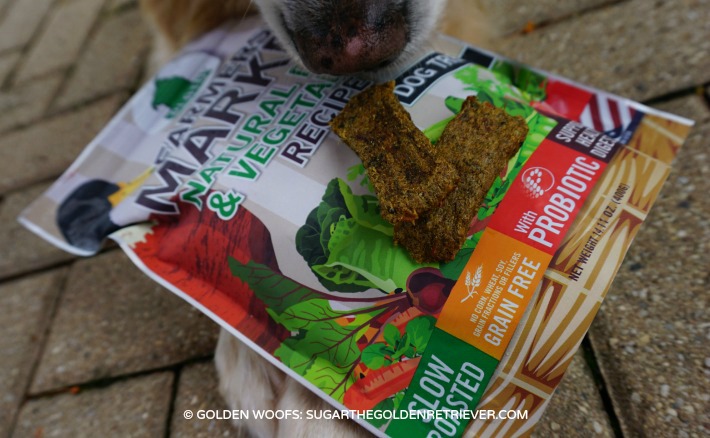 4. Healthy Nutritious Treats: Plato’s treats are generously sized, and each treat produces a special “smell” that boost its tastiness.

5. Plato Wags Back: The act of giving is important to Plato. They recently launched Plato Wags Back to help shelter pets and veterans. Learn how you can join and help their movement by reading our previous post: Plato Pet Treats’ #PlatoWagsBack for Shelter Pets & Veterans.

Sugar’s favorite Plato treats is THINKERS, made with 90% Pacific Salmon. It contains DHA which is known to support brain function, PAWsome for a senior dog. 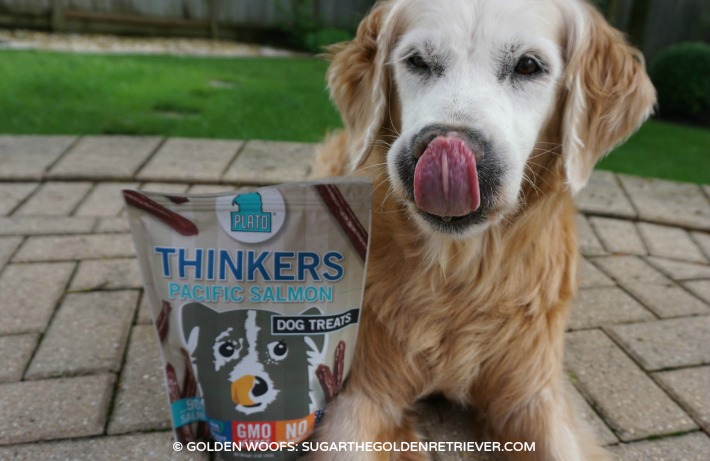 Plato is providing one of our followers an opportunity to taste their awesome wholesome treats. Follow the giveaway tool to join. Written permission is required to reproduce any images or words in either partial form or its entirety.