We had some out-of-towner visitors and decided to take them to city.
I had an opportunity to tag a long. Visited many places.
Here are my top 4…
First and foremost stop was OPRAH. 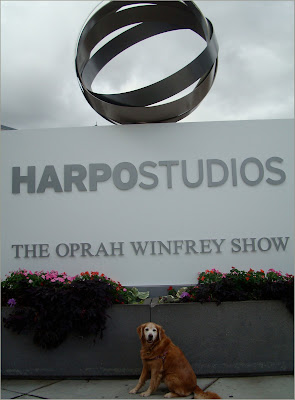 The countdown to the end of The Oprah Winfrey Show has begun and not sure what entails to the Chicago Harpo Studios and it’s surrounding neighborhood. Everyone loves Oprah who definitely contributed for beautification and success of the area.
This was the closest I could see OPRAH. 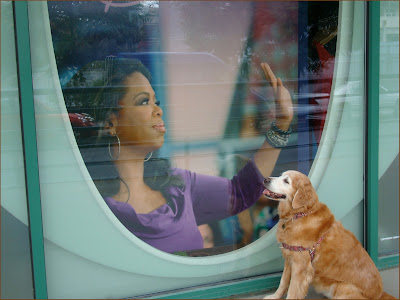 Lots of Golden Woofs, OPRAH. Hope to meet you someday …
Next stop was Gotham City: the home of Batman, The Dark Knight. 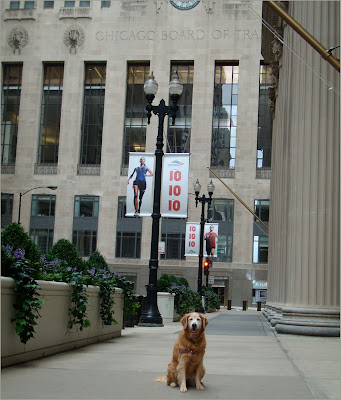 The Chicago Board of Trade was Batman’s fictional “Gotham City Police Department.” The CBOT building is one of Chicago’s skyscraper.
It is a 605-foot, 44-story building opened in 1930. 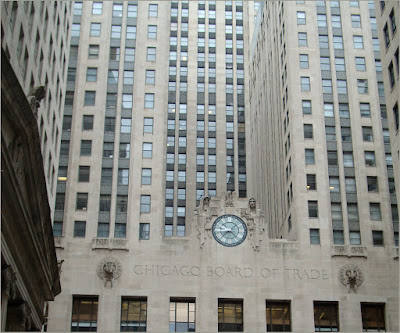 The current structure is known for its art deco architecture, sculptures and large-scale stone carving as well as large trading floors.
A three-story art deco statue of Ceres, goddess of agriculture, caps the building. The building is a popular sightseeing attraction and location for shooting movies such as Batman, The Dark Night.
Have you felt you are being watched?
Well, this is exactly how I felt when visiting the Giant EYE sculpture. 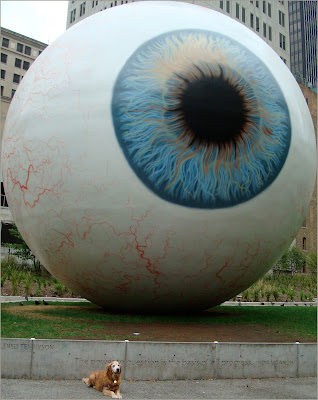 The EYE is a three-story tall eyeball sculpture by artist, Tony Tasset. It is located in Chicago’s Pritzker Park. According to Tasset, he chose an EYE because it is a powerful symbol that has been used throughout history. 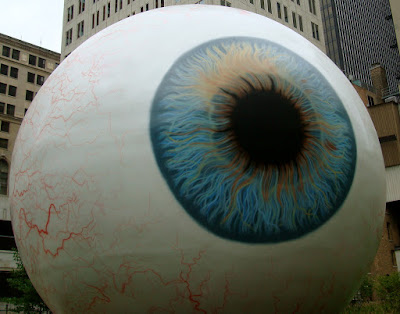 The EYE sculpture is made of steel reinforced fiberglass.
It has a blue iris because it is the color of Tasset’s eye.
I felt a little bit creepy being next to the EYE sculpture.
Last stop was Magnificent Mile: The Shop at North Bridge. 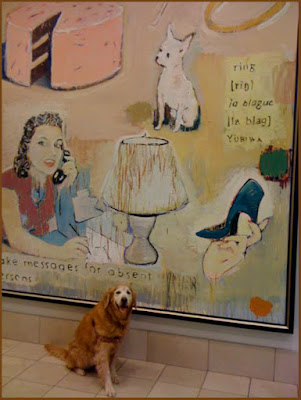 A very dog friendly place to go shopping. I got to sit/dine at the cafe and ride the elevator too. I received many flattering compliments and appreciated the petting from both the staff and shoppers. Spacious lounge areas and doggie bags/treats were located on every floor. 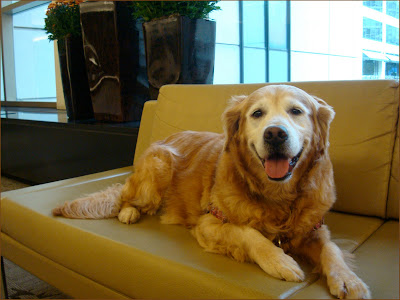 I enjoyed my mini-weekend trip to the city. It’s exhausting but certainly facinating to do something out of my usually weekend routine.
Lots of Golden Woofs,