Gorgeous Fall Sunday weekend.
Great time to spend the day in the City of Chicago
for a Leisure Golden Walk.
First Stop:
Just got to say Golden Hello to Oprah.
Lots of changes in the vicinity of the Harpo Studios
since I was here last July’11 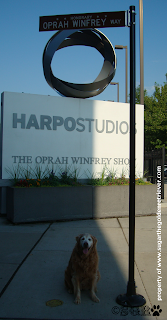 First, the street name was changed to
Honorary Oprah Winfrey Way
How cool it that!
(The photo on the right was taken last July’11, the first weekend when the street sign was changed.) 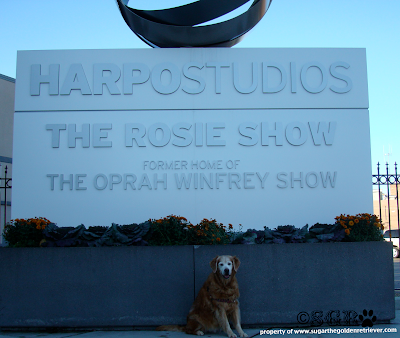 Second major change is the sign on the entrance …
It’s nice that Oprah retained the Harpo Studios in Chicago.
A new show, The Rosie Show, will be utilizing the Harpo Studios.
The show will debut on 10/10 (my 3rd blogversary) on Oprah’s new OWN Network. Will definitely check it out. 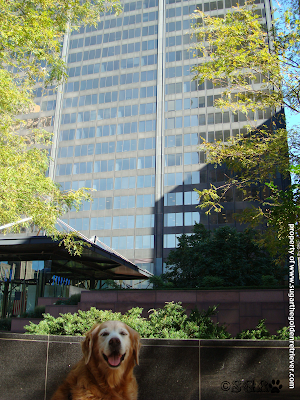 Second Stop:
Can you guess what’s the name of the building behind me?
Clue: From 1973 to 1996 was the tallest building in the world. 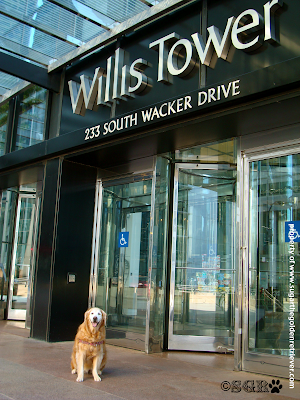 The Willis Tower
For many Chicagoans, it’s always be known as the Sears Tower.
Name change occurred in 2009. 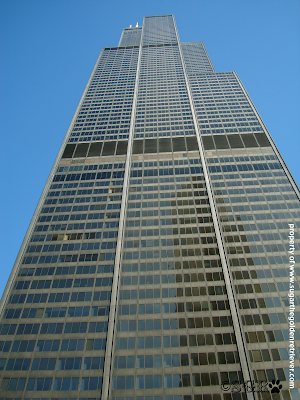 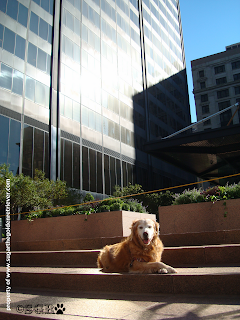 The Willis Tower is a destination for many tourist visiting Chicago. The top attraction is the the Willis Tower Skydeck located on the 103rd floor. Oh! The view from the Skydeck is amazing.
On a clear day, you can see 40-50 miles … the city of Chicago: beautiful architecture. You can also see the neighboring states: Michigan, Indiana and Wisconsin. The Skydeck also features interactive, museum-quality exhibits highlighting Chicago’s history and historic characters.
The Skydeck also has high-tech, high-powered telescopes for a closer look at the City. The most recent addition to the Skydeck is Sky Ledge.
Oh! Here you can walk out onto a glass-floored section and look down 103 stories below your feet. Just amazing!!!
Willis Tower is definitely a MUST see attraction
if you plan to visit the city of Chicago.
Most recently the new Superman movie was shooting inside the Willis tower. The inside of Willis Tower will serve as the Daily Planet (where Superman’s alter ego, reporter Clark Kent, works). For sure we will be checking out this new Superman movie. 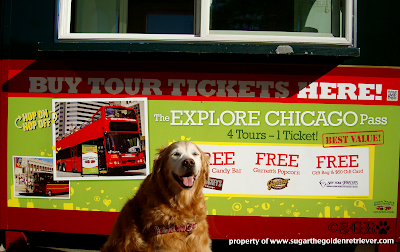 Hope you enjoyed another edition of
Sugar’s Golden Tours: City of Chicago.
Lots of Golden Woofs

To read my previous Golden Tours: City of Chicago,
check out my Golden Trips on the right side bar.