I’m originally a Suburban dog (since I was 7 weeks old).
Then for 10 months and 2 days I was an Island dog.
Currently (just for a couple of weeks), I’ll be a City dog.
I’ll be living in the downtown area of City of Chicago known as the Gold Coast. 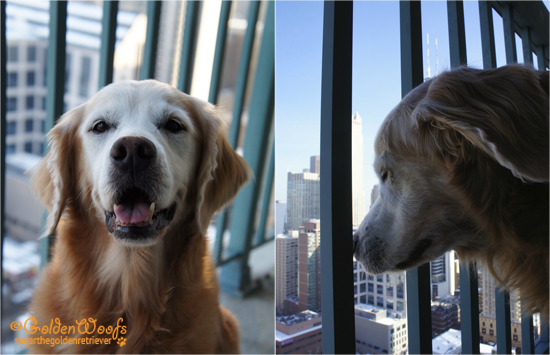 Most city downtown dogs live in a tall building known as a high rise.
The photo above was taken from our balcony.
I am accustom to see  grass, plants, and trees in my backyard.
Instead, my city backyard is a railed cemented patio with the view of the skyline of Chicago. 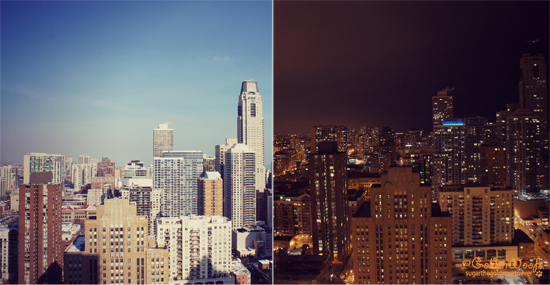 Chicago surely has beautiful architecture and great skyline, day or night.
Did you know that Chicago  is the third largest city in the USA. 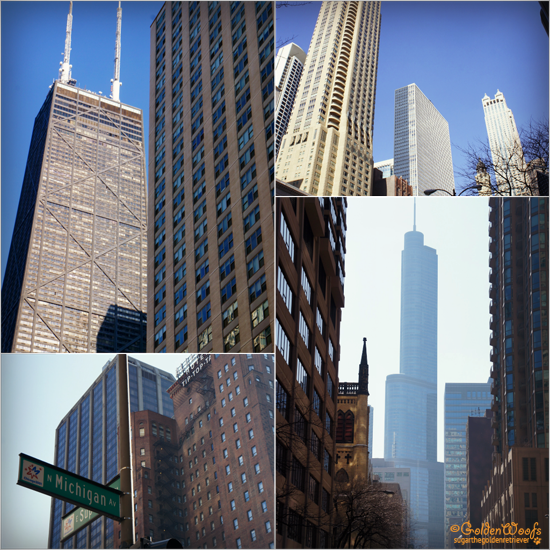 * It’s snowing and cold and not ideal for taking photos of ME.
For sure, we will do a follow up post of the Gold Coast Chicago in Spring/Summer.*

Chicago is a beautiful city and a great place to visit.
Hope you enjoyed another edition of Sugar’s Golden Tours, Gold Coast: City of Chicago

You can view all of my previous Chicago adventures and other adventures on my
Golden Tours Page.