The Pits is a fictional crime novel written by Greg Smith. It’s about Captain Kramer, a United States Marine, who rescued a dog from Afghanistan. He named the dog, Corporal Shadow. They were inseparable and developed a strong connection for each other. When they returned to CA, they both got involved in local street gang campaigns and organization that practices the bloody sport of dog-fighting. 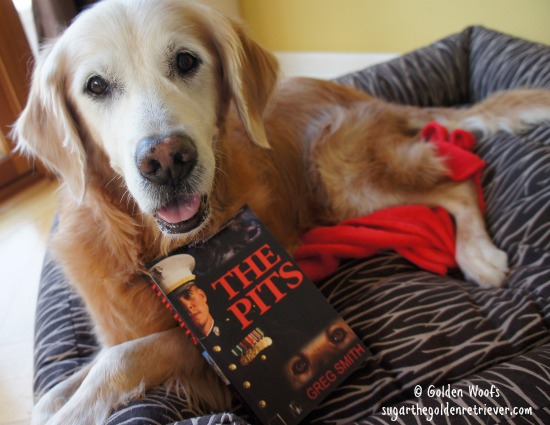 You’ll be engross reading The Pits. A great weekend book to read. Some scenes in the book are very descriptive, making it vivid and graphic but not offensive. 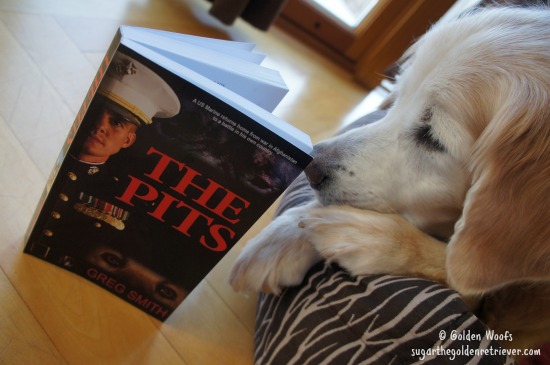 Reading the book, makes me think of the dogs that are getting hurt from dog-fighting. It is illegal and it is a cruel inhumane sport. So sad to read on a recent article, “Experts said dog fighting exists in every state and every city in the country. Experts said the dogs are often held in chains that weigh as much as the dogs themselves.” It’s heart breaking to know that dog fighting is an on-going problem. It is the most vicious thing one can do with an animal for a financial gain.

ASPCA has several articles about dog fighting, click here to read it. 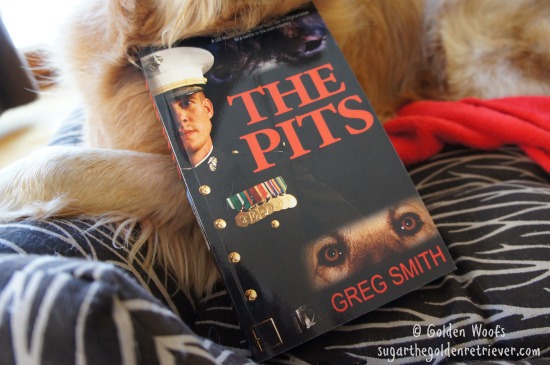 Golden Thanks to Greg Smith for providing us a copy of The Pits.
We invite everyone to check out The Pits on Amazon.

Disclaimer: Mr. Smith provided Golden Woofs a copy of The Pits.  Golden Woofs was not compensated for this book review post.