It’s March but the winter weather is still lingering. Were you a responsible winter dog owner? Did you scoop your dog’s poop? Many dog owners were irresponsible and thinking there was a winter “elf” poop scooper.

On our walks, we’ve seen many un-scooped poops. It’s YUCKY Winter Poop. As much as I want to pick it up, its impossible because its frozen poop.

I did a mini survey at one of the dog park Sugar and I frequently go  …
Surprisingly 4 out 5 admittedly that they did not scoop their dog’s poop. Why? “It was cold”

I do understand what cold wintery weather presents but its not an excuse not to scoop your dog’s poop. 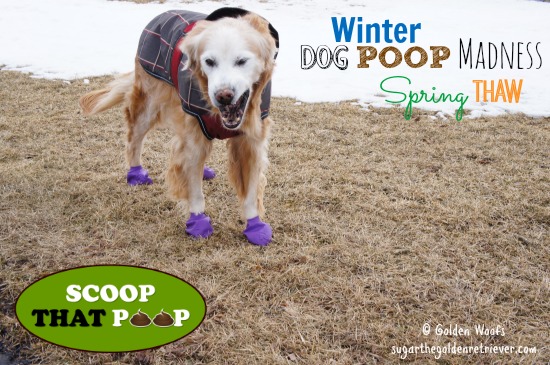 Did you know bacteria and parasites in dog’s poop survive the harsher temperatures? During cold winter months, dog poop become dormant. Thus, on Spring when dog poop thaws, hazardous parasites and bacteria are unleashed where they can cause harm to the environment, to you and especially to your dog. The most health danger is Giardiasis (Parasitic Diarrhea), which refers to an intestinal infection.

Always be conscientious in picking up your dog’s poop.
It is an all year round responsibility as a dog owner, #ScoopThatPoop 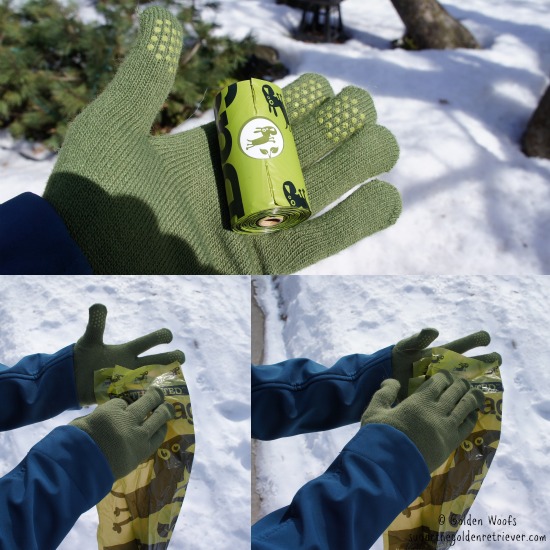 Having Frost Fingers was another excuse for not able to pick up dog’s poop. EarthRated, eco-friendly poop bags developed a special pair of gloves wherein eliminating dog owners of fear taking off their gloves. EarthRated Remedy gloves has special finger grips which allows dog owners to easily open a poop bag.