Sugar is Golden Happy that the grass is turning green. It means more fetch play. Unfortunately, we had to do a dog poop patrol hunt before play time. There are lots of unscooped dog poop on the field. 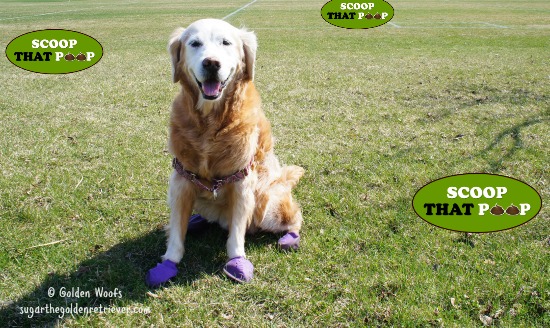 Many irresponsible dog owner did not pick up their dog’s poop last snowy winter.
They probably thought it will melt like the snow. Well, the snow melted while the poop stayed in a yucky unsafe way. 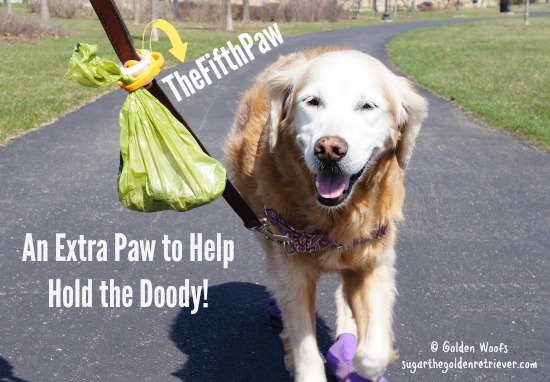 Many irresponsible dog owners always have an excuse and silly reasons. Carrying dog’s poop is one of them. TheFifthPaw will definitely serve as a handy extra hand. If you’ve been a follower/reader of our blog, you know we are a big fan of TheFifthPaw. It was summer of 2013 when we were introduced to TheFifthPaw. Our review post, No Poop fairy, Just the Fifth Paw created a buzz and also Sugar’s TheFifthPaw 49 sec video.

TheFifthPaw is an accessory that you attached to your dog’s leash and carry’s your dog’s poop bag. it gives you a free hand and makes your walk more enjoyable. TheFifthPaw is a brilliant invention. It is permanently attached on Sugar’s leash. Every dog owner should have TheFifthPaw! 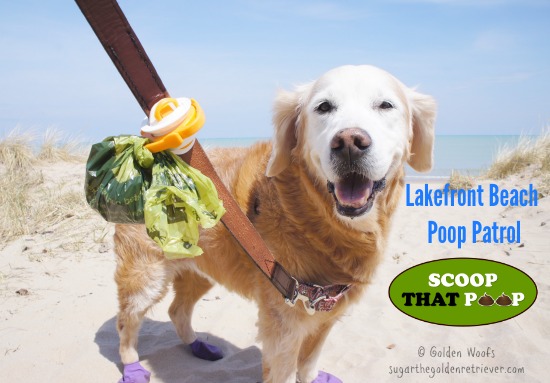 TheFifthPaw has been useful and helpful especially when picking up other’s dog poop.
Sugar has resumed her duty to be a Dog Poop Scooper Hero, just in time with EarthRated Poop Patrol Campaign. Earthrated is looking for Dog Park Hero, who wants to help keep dog parks clean and safe. We invite you to visit EarthRated FB Poop Patrol and join.

Dogs can’t pick up their poop.  It is every dog owner’s responsibility to clean up after their dog. Be The Dog Park Scooper Hero, No Excuses to leave your dog’s poop on the ground.

Golden Thanks to my fellow poop scoopers OzTheTerrier and Pawsitively Pets.
We invite you to join us to raise awareness on the importance of picking up after your dog, #ScoopThatPoop. The hop will be open till Friday 4/25 and everyone that joins in will have a chance to win an Earthrated poop bags and TheFifthPaw (separate front he rafflecopter below).