Did you rescue a dog? For sure you’ve asked yourself the question, “Who rescued who?”
This question was the inspiration of a powerful short film “Le Sauvetage” (The Rescue).
“Le Sauvetage” opened the Sonoma International Film Festival held this week. 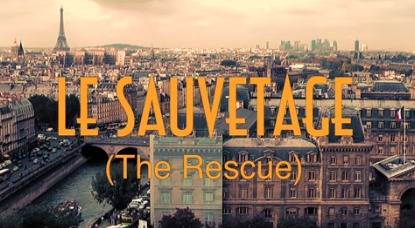 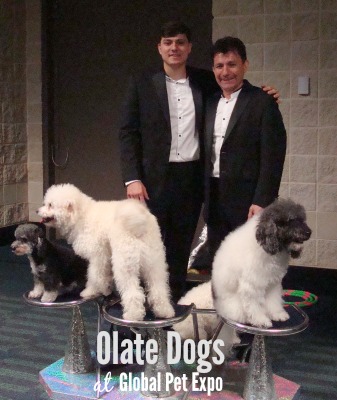 I had the privilege to watch “Le Sauvetage” at the Global Pet Expo last month. I also had an opportunity to meet the stars of the show, Olate Dogs. Olate Dogs are 2012 winners of America’s Got Talent show. Many of the Olate Dogs are rescue dogs.  At a young age Richard Olate developed his act on the streets of Chile. He rescued stray dogs and trained them to partake in his amateur show.  For years, Richard worked hard and his dream of becoming a professional dog act came to a reality. Today, Richard and his son, Nicolas, and wife, Rebecca, continue to save dogs from shelters and train them to become part of their professional ensemble.

“Le Sauvetage” (The Rescue) is a six-minute film produced by Peter McEvilley, award winning filmmaker and composer. The film is sponsored and produced by Halo, Purely for Pets, Ellen DeGeneres’ natural pet food company.
The film is in French and the setting takes place in a Parisian street where a pair of stray dogs worked together to unite two lonely souls.

“Le Sauvetage” (The Rescue) has also been selected to appear at the Court Metrage, Festival de Cannes in France this May.

About Halo, Purely for Pets
For over 25 years, Halo, Purely for Pets has created quality holistic pet products for optimal pet health. Ellen DeGeneres, a long time Halo customer, became part-owner of Halo in 2008. Both Ellen and Halo are known for their philanthropic efforts to promote rescue and adoption. Halo has a track record of promoting rescue and adoption through film. For example, Halo sponsored all three episodes of Shelter Me, a PBS special dedicated to showcasing shelter dogs and the incredible lives they lead. (We reviewed one of them: For A Good Cause: Shelter Me Documentary.) Halo donates over 1.5 million meals to shelter pets annually in partnership with Freekibble.com.