From our previous post: Air Bud Entertainment Presents Russell Madness, we shared that Russell Madness had a February 21st theater screening via Fandango. Recently, I had the privilege to attend the press premiere at Fox Studios. Unfortunately, I could not bring Sugar so I brought a “Flat Sugar’. I thought it would be my most fun solution. Sure enough, it brought attention and a Golden smile to everyone that saw Flat Sugar. 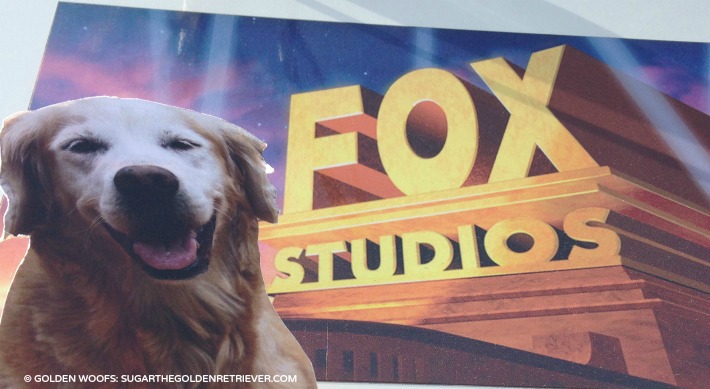 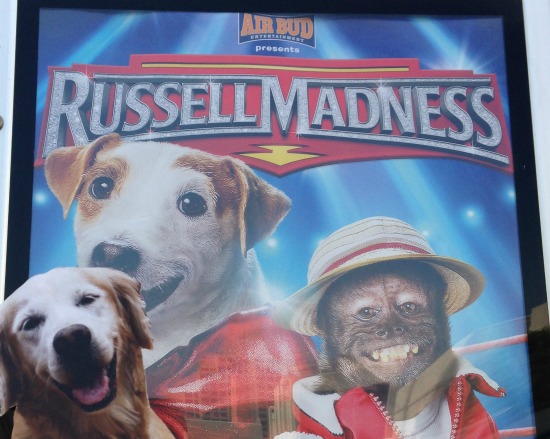 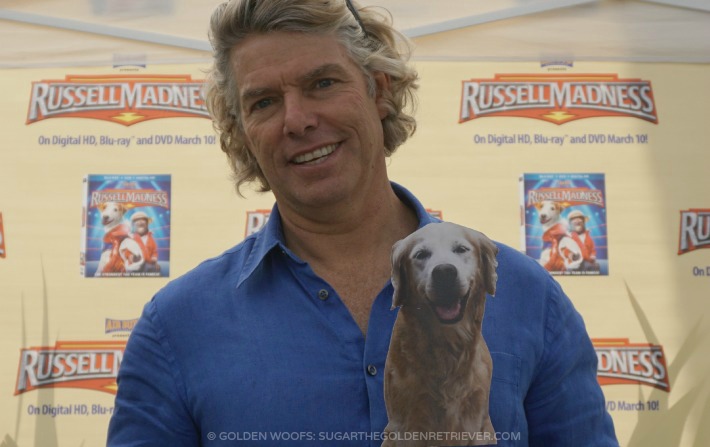 Crystal the Monkey from Night at Museum also stars at Russell Madness. Crystal as “HUNK” plays Brightley’s wresting coach. In the movie, Hunk loves bananas which is Sugar’s favorite fruit treat. I brought two versions of Sugar’s flat, Crystal selected the flat Sugar on the stick and proudly carried with a big smile. 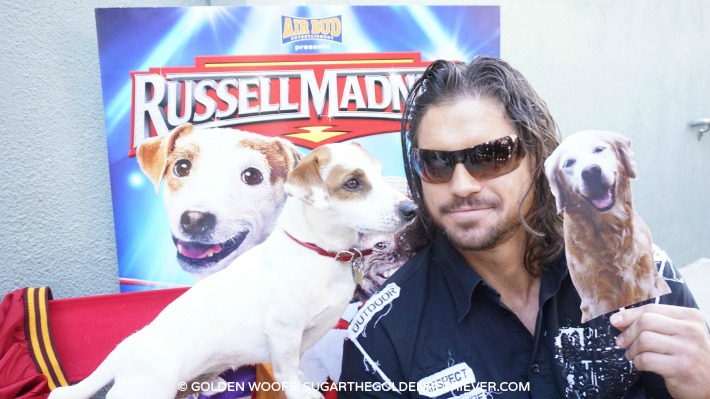 Russell Madness is a MUST watch and an entertaining movie for the whole family. The movie delivers an awesome theme that “ The Strongest Tag Team is Family.”