April is Autism Awareness Month. According from Centers for Disease Control (CDC), about 1 in 68 children have been identified with autism spectrum disorder (ASD). It’s estimate also shows that five times more common among boys (1 in 42) than among girls (1 in 189). 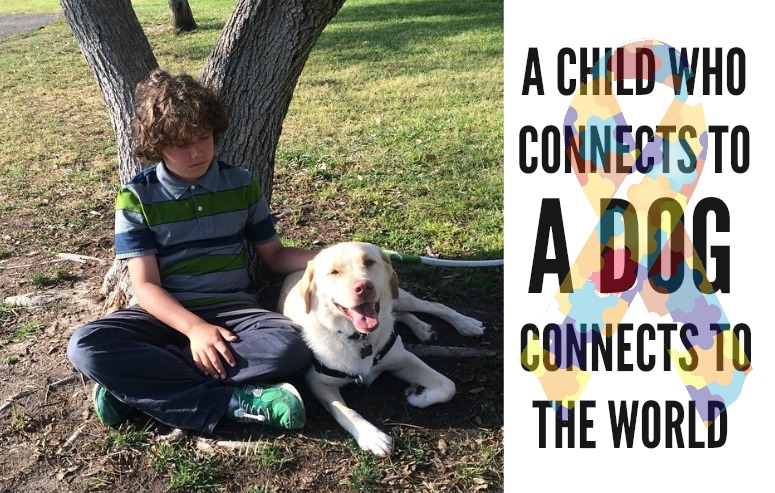 We know Caleb and Courage from Instagram. Caleb is 13 years old and living with autism. His symptoms include sensory processing disorder, acute anxiety, sleep dysfunction, repetitive behaviors and social challenges. Due to these symptoms, being outside can be overwhelming for Caleb, so he isolates himself and often refuses to go outside for weeks.
Caleb’s mom Deanna, a single parent, did a research that Caleb would benefit from an autistic service dog. Deanna reached out to a local non-profit Good Dog Autism Companions. It was a long process but last March 2015, Courage, autistic service dog, was matched with Caleb. Since the arrival of Courage, Caleb has shown improvements; willingness to go outside, interact with others, and his emotional meltdown has reduced.
To read more stories and photos, follow Courage4Caleb on Instagram and Facebook.

It’s has been a beautiful transition. However, Deanna as a single parent was unable to provide the necessary funds. Deanna and Caleb are still in the process of completing the fundraising requirement for Courage, with ~$3,550 left to go! Friends of Golden Woofs, please consider making a donation at Good Dog Autism Donations: Courage 4 Caleb – https://www.gooddogautismdonations.org/participant/94201
By visiting the donation page, you will also find out how Courage got his name. Donating to Courage 4 Caleb Fund enhances the quality of Caleb’s life.