“Our mission is to enable and champion the loving bonding between dogs and their humans by ‘treating’ every dog with the safest and most nutritious treats possible.” 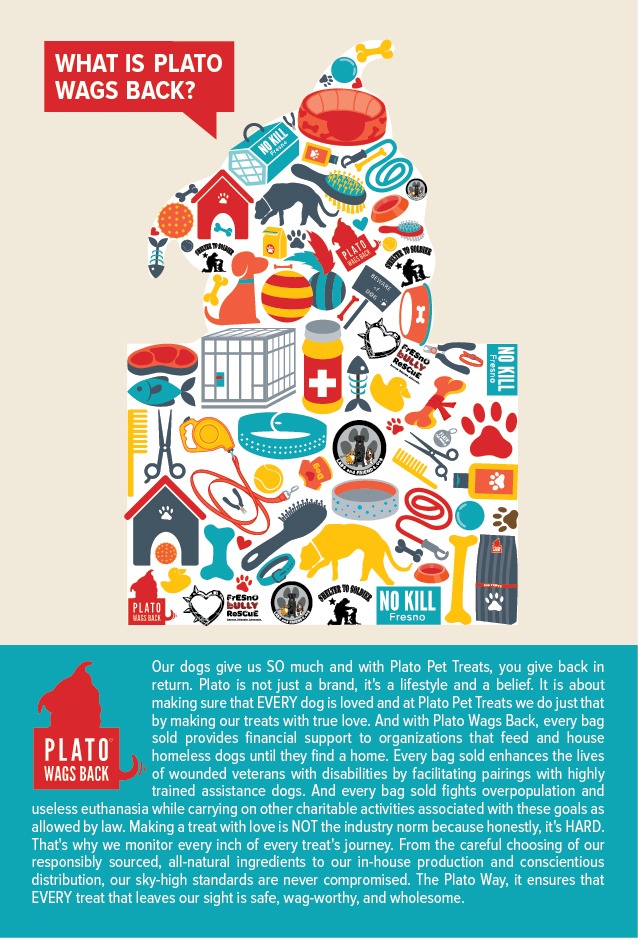 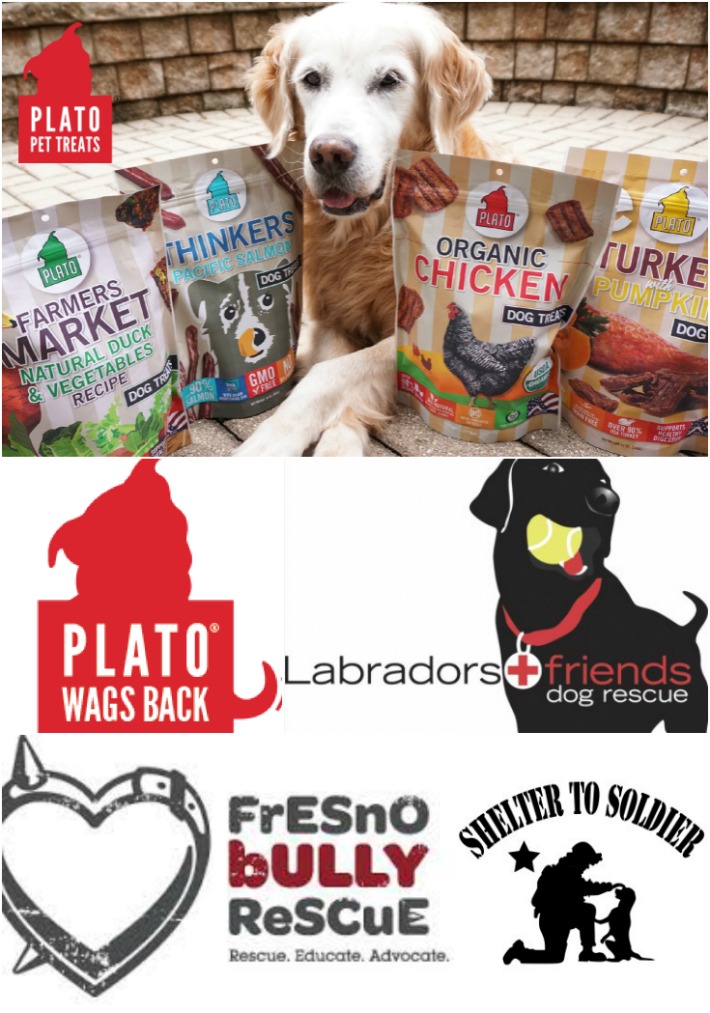 The 3 beneficiary organizations of the Plato Wags Back are
1) Shelter to Solider: a San Diego nonprofit organization that rescues dogs and trains them to be service dogs for military veterans
2) Fresno Bully Rescue: a Fresno, California-based pit bull rescue
3) Labsandfriends.org : a dog and cat rescue headquartered in Burbank, CA

“Dogs give us so much love, and we want to return that love to dogs who need it most,” said Aaron Merrell, co-founder and co-owner of Plato Pet Treats.
“From sponsoring dog runs to adopting our first Plato canine to be trained as a service companion for a U.S. veteran, we are ecstatic to provide a voice to homeless animals through Plato Wags Back.” Two other ways to support Plato’s Plato Wags Back

Golden Woofs team support and glad to share the Plato Wags Back program. Sugar loves Plato’s delicious treats and on upcoming post will share her review of these treats.