On a recent weekend road trip to San Diego, we stopped at Tuna Harbor Park. This park honors the commercial fishing industry in San Diego. It’s a beautiful park, lots of walking paths and shaded areas to relax. The park also features a great view of the San Diego Bay and the USS Midway Museum. 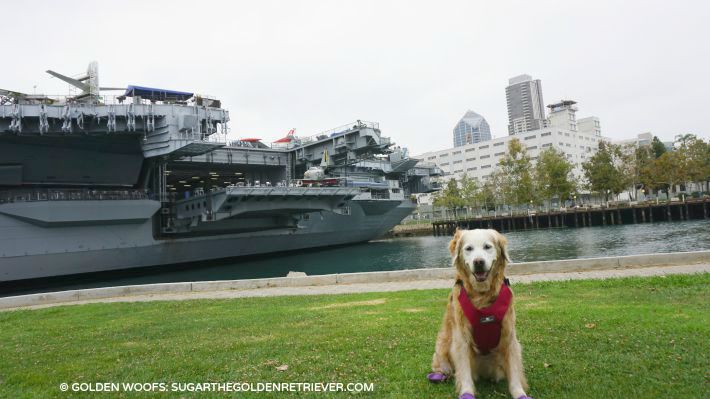 The USS Midway is one of America’s longest-serving aircraft carriers. The museum offers several tours of the ship areas like the post office, sleeping quarters, engine room and even the ship’s jail. For more information check the USS Midway Museum. 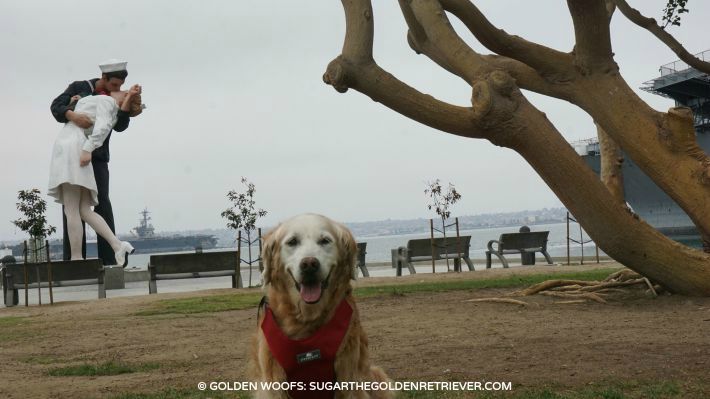 On the park, you can’t miss the giant Unconditional Surrender Statue and Bob Hope statue entertaining the military troops’ statues. 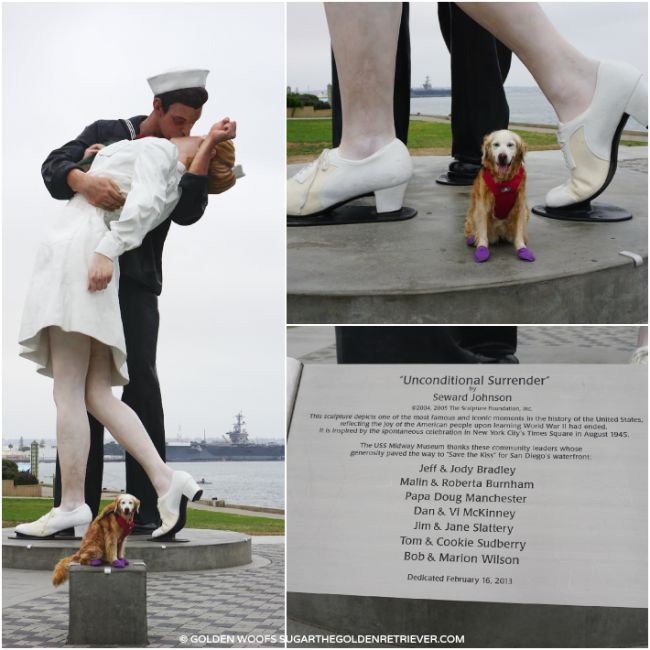 The Unconditional Surrender Statue, also known as Kissing Statue, is 25-foot tall depicting the famous Life magazine image of a sailor kissing a woman in Times Square during WWII when Japan surrendered. 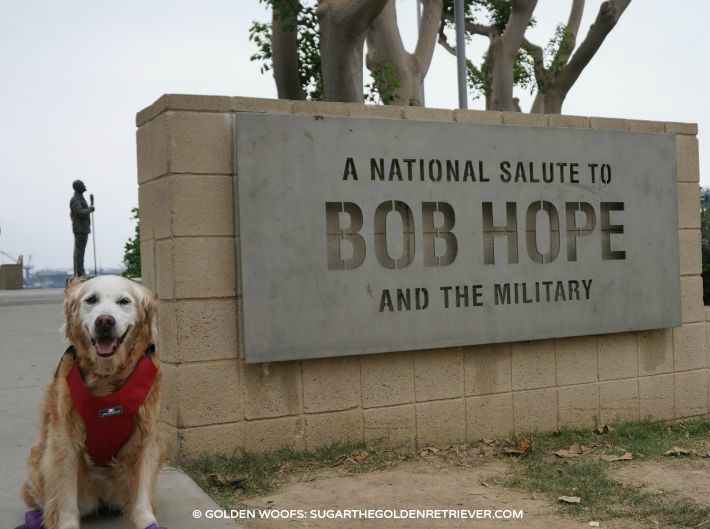 At the far end of the park, there’s an elevated plaza with the sign: A National Salute to Bob Hope and the Military. 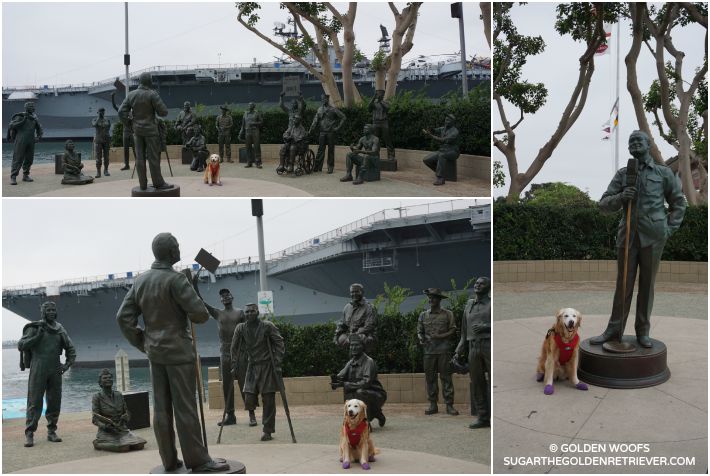 The statue with the microphone is Bob Hope, legendary movie/TV comedian, and entertainer. Before his death in 2003, Bob Hope performed in hundreds of USO events and entertaining US militaries. The National Salute to Bob Hope and the Military cost $1.5 million.