On November 6, 2015, Twentieth Century Fox and Blue Sky Entertainment are once again bringing the iconic characters of Charlie Brown, Snoopy, Lucy, Linus and the rest of the beloved “Peanuts” gang to life in a state of the art 3D animation; Dream Big – The Peanuts Movie. 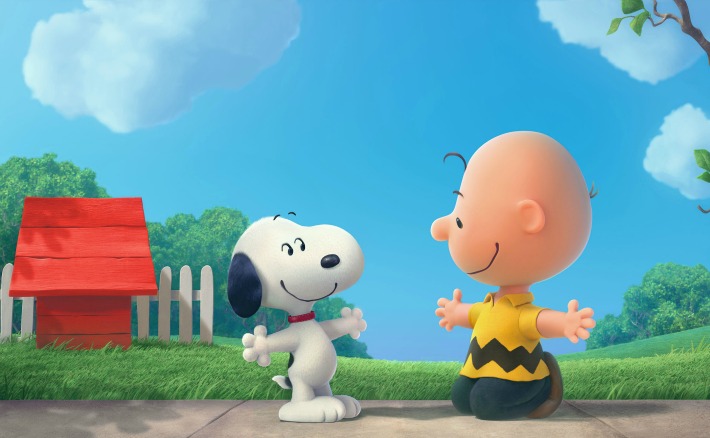 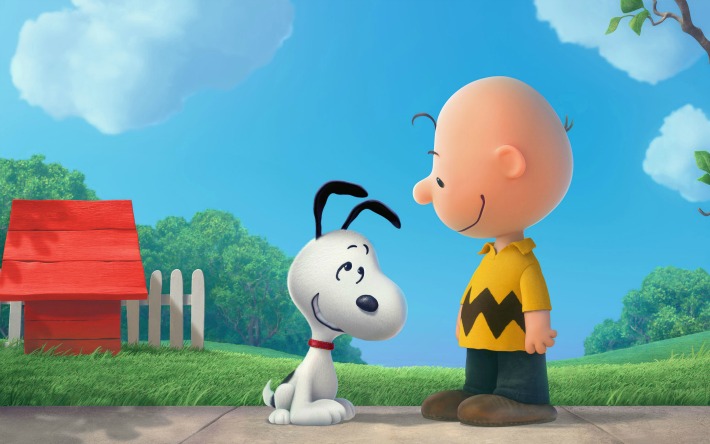 Charlie Brown, the world’s most beloved underdog, embarks upon an epic and heroic quest, while his best pal, the lovable beagle Snoopy, takes to the skies to pursue his arch-nemesis, the Red Baron. 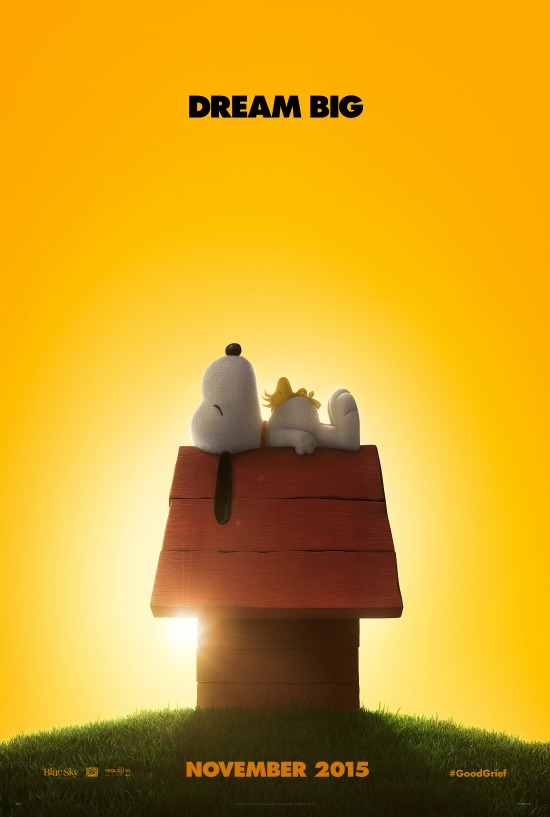 From the imagination of Charles M. Schulz and the creators of the ICE AGE films, THE PEANUTS MOVIE will prove that every underdog has his day.

To celebrate the big screen debut of Snoopy and his Peanut Gang friends, here are 5 Fun Historical Facts About Snoopy, the little black and white Beagle and his creator, Charles Schulz.

Fact 1: Did you know Snoopy, was actually inspired by Schulz’s own childhood dog, Spike, who was not a Beagle at all but actually a cross between a Pointer and a Hound. 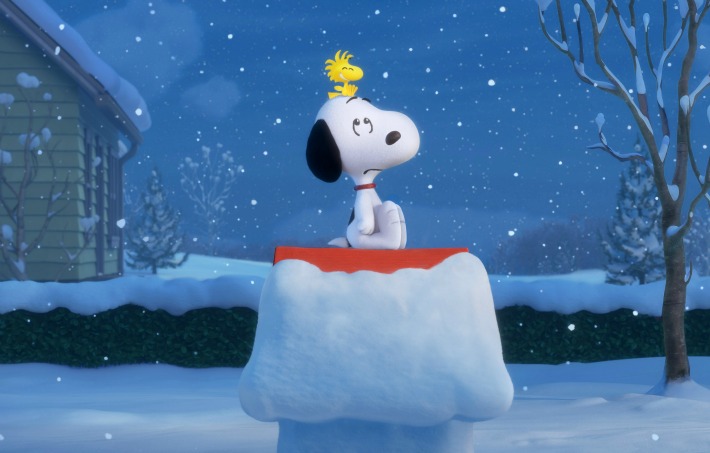 Fact 2: As opposed to having any particular affinity for the breed. Schulz decided to make Snoopy a Beagle, because he thought the word, Beagle was just plain funny, Though don’t let that fool you, Schulz was a huge dog lover his entire life, having several breeds of all shapes and sizes over the years, including a Boston Bull Terrier, Golden Retriever, Saint Bernard, Wirehair Terrier and of course Beagles as his personal companions during his lifetime.

Fact 3: Snoopy is the only fictional dog that is animated or otherwise to ever receive an honorary registration number Beagle -1 with the American Kennel Club (AKC). Originally known as the AKC Gazette, Snoopy appeared on the 1979 cover of the organization’s publication posed holding his registration papers. 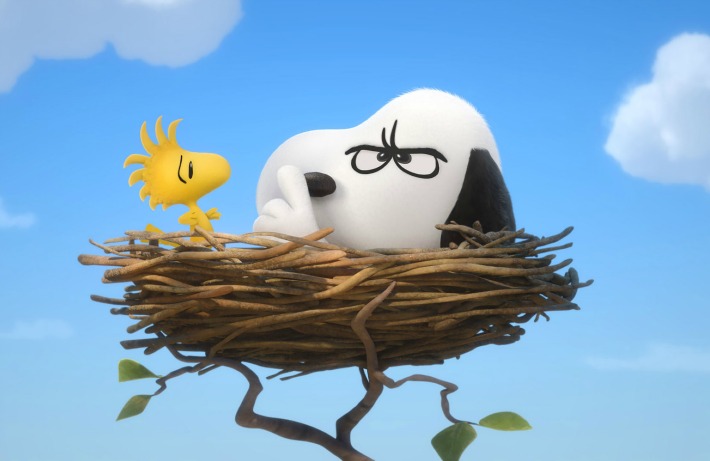 Fact 4: Snoopy, was not your ordinary dog, he listed Writer and Pilot among his many professions. His favorite food was chocolate chip cookies, which of course, any dog would be shocked to hear as chocolate is a big “no-no” for pups, but for Snoopy they were just right!.

Fact 5: Snoopy was Charlie Brown’s best friend. But, in the spirit of everyone having a best friend, Charles Schulz created, Woodstock to be Snoopy’s best campadre. Woodstock didn’t start out as the fluffy little yellow bird we all know, rather as a black crow.

No wonder that Charles Schulz created a character that has lived on in the hearts of so many, for so long. 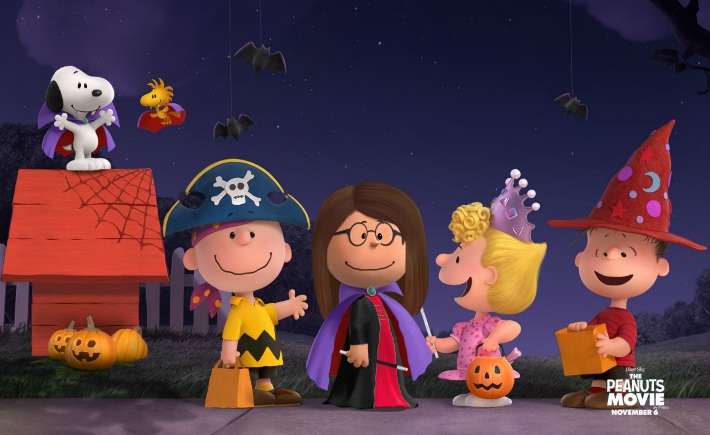 Another FUN way to celebrate The Peanuts Movie is to join the world of Peanuts!

It is so cool, and we invite you to make your own personal #PeanutsMovie avatar using the PeanutizeMe.com character creator. Simply visit www.PeanutizeMe.com then select a character, accessorize, and your own Peanutized persona is generated, and then share. It’s Halloween, so the latest Peanutized have a brand new Halloween accessories. We invite you to create your own #PeanutsMovie avatar. 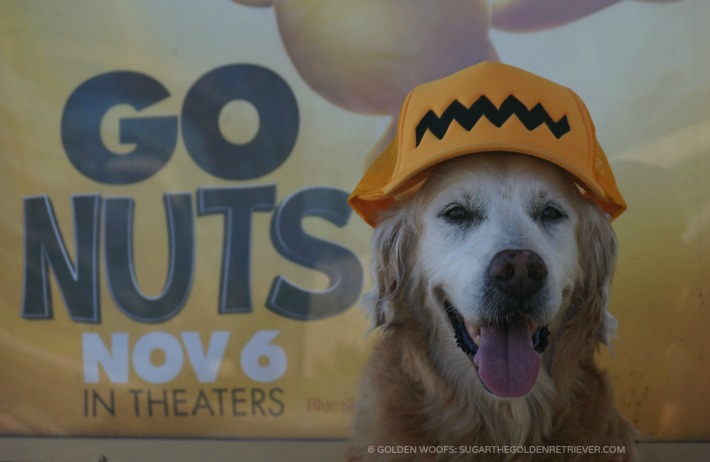 WIN! Charlie Brown Peanuts Movie Trucker Hat
1) Join via Rafflecopter and will select 4 random winners. (winners will be announced via our newsletter on Nov 8th)
2) Leave a comment and state Who is Your Favorite Peanuts Character? We will select 1 random winner.
Visit fellow blog pals Oz the Terrier, Barking from the Bayou, Pawsitively Pets, Dakota’s Den and My Kid Has Paws and comment on their blog posts for more chances to win!

The Charlie Brown Peanuts Movie Trucker Hat was given to Sugar in exchange to help promote The Peanuts Movie. Golden Woofs only shares information we feel is relevant to our readers.