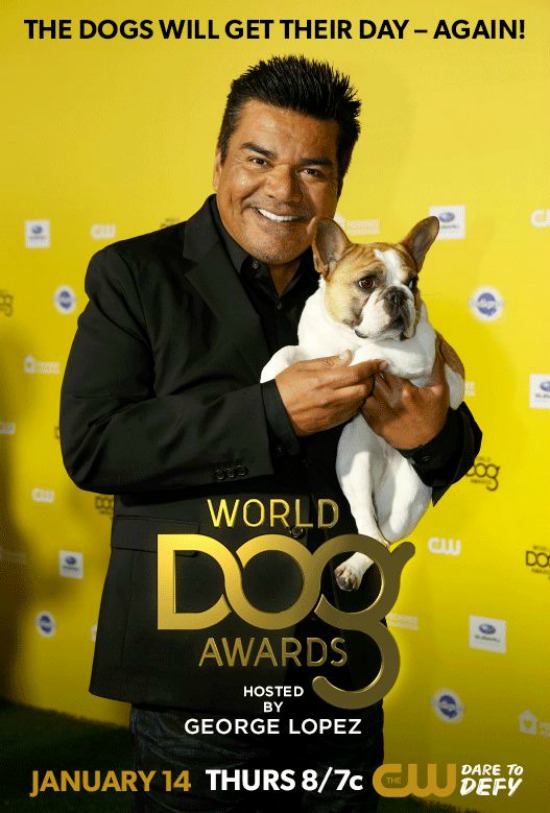 For the second year time, the CW Network will combine the glamour of a Hollywood awards show with the appreciation for man’s best friend at THE WORLD DOG AWARDS.

George Lopez will host for the second year in a row. Keltie Knight,“The Insider” correspondent, will reprise her role of roving reporter at THE WORLD DOG AWARDS. Keltie will be stationed at the “barkstage,” and will catch up with celebrities – and their dogs – throughout the telecast.

THE WORLD DOG AWARDS is a two-hour television special which will be filmed on Saturday, January 9th, and airs on Thursday, January 14 (8:00-10:00 pm ET), on The CW Network. The show is produced by Juma Entertainment with executive producer Robert Horowitz, Josh Greenberg and George Lopez, and presented by IAMS™ and Subaru.

THE WORLD DOG AWARDS will honor some of the most “laudable pups” on the planet, from the ones who have achieved fame in the world of entertainment or on social media to everyday dogs who have had an indelible impact on the lives of their human companions. 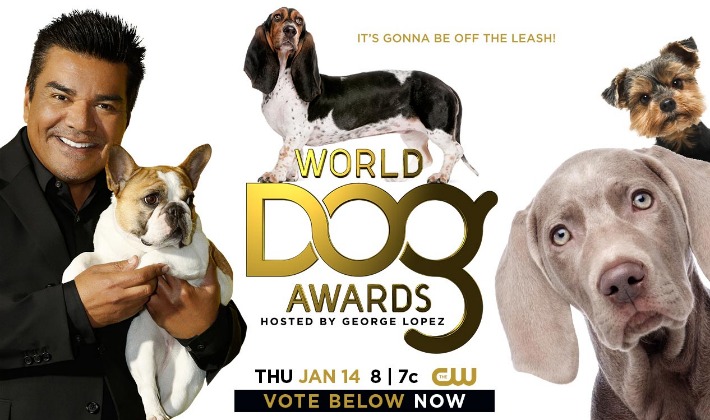 The voting is now open for the following categories:

My New Puppy – An award for the celebrity who added a new four-legged family member this year.

Pawpular – The dog with the most influential social media presence.

A-List Dog – Celebrity dog that has made the biggest impact in the media.
Top Trick – The most impressive feat performed live on our stage.
Hot Dog – The most talented extreme-sports dog.
Most Dog-Like Animal – An award for the top pet who only thinks they’re a dog.

Best Dressed Dog – The pooch with the greatest costume.

Best Rescue – Newsworthy stories of owners and dogs who’ve been rescued this year.

Top Movie Dog – The top contemporary performance by a dog in a film.

Supporting Actor To A Dog – The best performance by a human actor alongside a dog.

Best Actor Playing A Dog – The best performance by an actor in the role of a dog.

Honorary awards will be presented as well in these categories:

Underdog – Sponsored by Subaru, this honor is bestowed upon a pup who has overcome incredible obstacles or odds.

The Dog’s Life Achievement– Celebrating an iconic dog character in pop culture that has had a huge cultural impact; this year we honor the legacy of “Toto.”

We invite you to check www.worlddogawards.com and cast your vote.

Lastly, IAMS™ Brand is partnering with THE WORLD DOG AWARDS. Use hashtag #Barkbios and share a story behind your dog’s name. Selected stories will be featured during the broadcast.

Mark your calendar to watch The World Dog Award on CW Network on January 14th at 8:00-10:00 pm ET.
Guess who will be covering this PAWsome event?
Golden Woofs Team and we will share all the PAWbulous green (not red) carpet events.