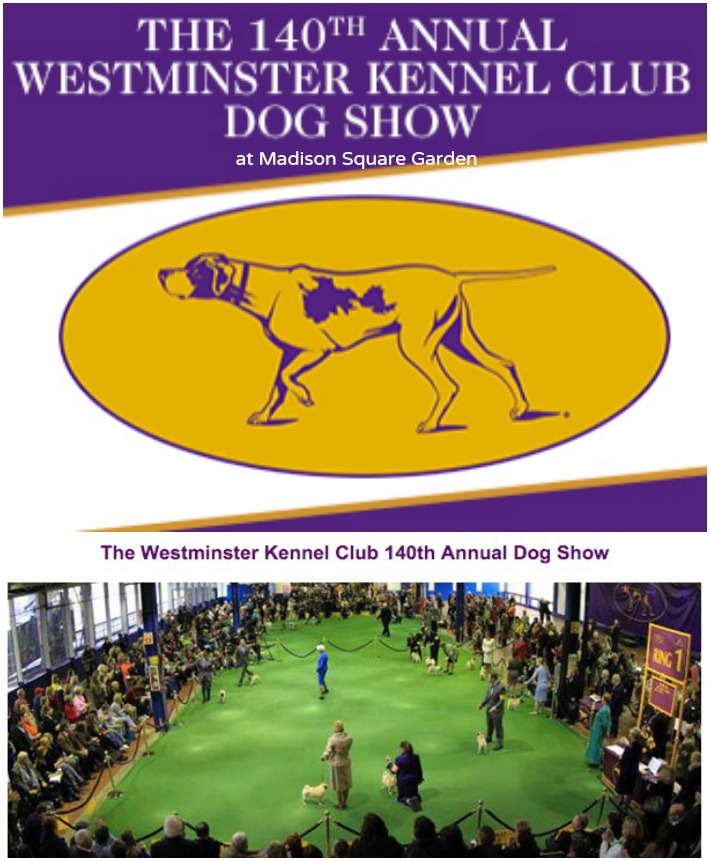 This post is brought to you by Madison Square Garden. Golden Woofs is helping spread the word about 140th annual Westminster Kennel Club Dog Show, but Golden Woofs only shares information we feel is relevant to our readers.

This year, seven new dog breeds will be competing:

1. Bergamasco (Herding Group): A sheepdog from Italian Alps and known for their thick coats that forms mats.

3. Boerboel (Working Group): This large breed is also known as the South African Mastiff and a great watchdog.

4. Cirneco dell’Etna (Hound Group): A breed of dog originally from the Italian island of Sicily. Cirneco is known to be a good hunter, friendly, and loving family dog.

7. Spanish Water Dog (Herding Group): A breed from Spain and was mainly used to herd goats and sheep.

Do you want to see these new dog breeds? Madison Square Garden is providing one of our readers/fans 2 tickets to the 140th Annual Westminster Kennel Club Dog Show. This opportunity is great especially if you are from the East Coast. Follow the giveaway tool to join.

Use Code WKC1DOG to save 25% on select seats! Reserve your seats at: www.thegarden.com