Even the staunchest dog lovers love cat videos! Since the dawn of YouTube, heck, since the dawn of the Internet itself, cat videos have been the source of entertainment, with billions of people worldwide spending time watching cats and their whacky antics. It may seem like a waste of time for some, but studies have shown watching cat videos can boost productivity at work! So if you’re looking at this post while working, it’s not time wasted! With that said, here are ten cat videos that will make you smile or die from cuteness!

10 cat videos that will make you smile or die from cuteness! 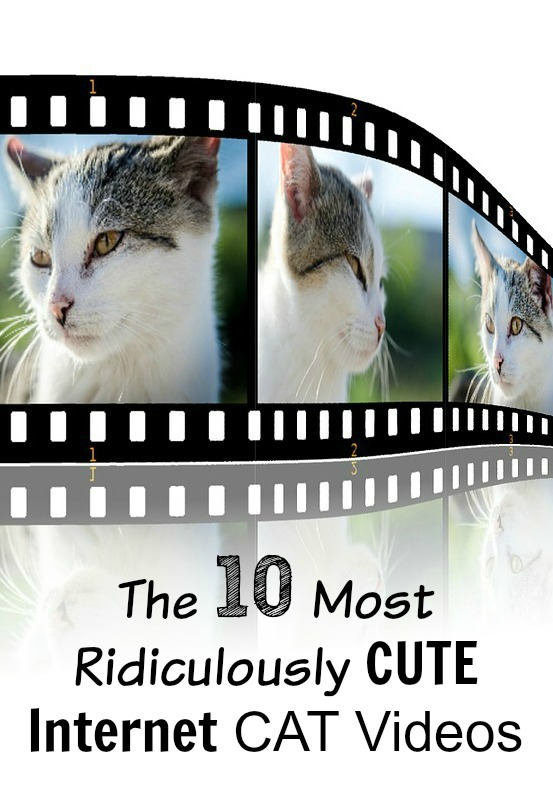 In 17 seconds, even the most macho man will be d’awwwing. A lady tickles her kitty, and the kitten latches on to her hands. Once she removes the hands, the kitty stretches its paws to look surprised. All the while, the woman is making cute baby sounds that perfectly match what’s going on.

More funny than cute, but it’s still worth watches. A guy is saying hello to Ramses the cat. Ramses’s response? An intimidating hiss. He clearly doesn’t like men! It’s four seconds that will make you chuckle. There’s also a sequel video where the guy tries singing to Ramses. Do I even need to say what happens?

Just like humans, a cat can get brain freeze if it eats ice cream too fast. While eating some kitty ice cream, a cat gets a bout of brain freeze, and the face it makes will have you laughing for days. No matter how sad you are, this will make you smile.

4. Mao the Cat eating a banana

Mao looks like he’s in heaven as he’s licking and nomming on a banana offered by the owner. It’s just plain cute seeing Mao enjoying his food, an your stomach will probably be growling if you haven’t eaten anything in a while. Before you feed your cat a banana, note that while bananas are safe for cats to eat, their high sugar content makes them only okay for your cat to eat in small, occasional doses. Here is a review of cat vitamin needs.

5. Angry Cat Fight with Himself in a Mirror

Ever looked in the mirror and didn’t like what you see? This cat doesn’t, either. The ball of fluff becomes ferocious as he hisses, growls, and swats at his own reflection. We all have to face ourselves at some point in our lives, and this cat does a heck of a good job doing so.

There are tons of videos of kittens mewing, so here’s an interesting twist on an old classic. Make the kitten more exotic! This baby cheetah sounds like a squeaky toy as mews and observes the world around it. If you like your cat videos to be a little wilder, here’s a good one to watch. It’ll make you forget that one day, the cheetah will grow up to be a ferocious beast!

When we think of old cat videos, we may look to videos uploaded on YouTube in 2006, or old episodes of America’s Funniest Home Videos. This cat video, however, proceeds any of those by a long shot. Created in the 19th century, during the dawn of video recording, this short video shows two cats wearing boxing gloves and duking it out on a small ring. Some things never change. These two cats playfully punching each other will be enshrined forever thanks to the Internet.

Recorded in the ‘80s, Keyboard Cat consists of a cat playing an electric keyboard with better skill than I ever could. Keyboard Cat became a bit of an Internet meme, where “fail” videos would have Keyboard Cat “playing them off.” Still, the original is still the best.

We all know Grumpy Cat, the feline who eternally looks like she needs a cup of coffee. But not many of us know what she sounds like. This video reveals that Grumpy Cat’s meow sounds exactly like you would imagined: a whole lot of nope. Also, Grumpy Cat playing in a garden is quite cute.

Who says cats and dogs can’t get along? An old military dog named Chef meets a tiny white kitten. The dog turns out to be a gentle giant as it nuzzles and plays with the baby kitty. It’s enough to melt anyone’s heart.

There are millions more cat videos, and even compilations if you want to watch your cuteness in one sitting. I hope this article brightened your day, and maybe encouraged you to make your own videos of your kitty’s antics!

Guest Post by: Emily Watson is the Chief Creative Cat at Catological a cat information website. She’s the proud cat parent of two loving kitties. Find out what she’s up to next at catological.com!