March is Poison Prevention Month. So it is very timely for you to know the common human foods that are known to be poisonous to animals like dogs.

For many pet owners, keeping their dogs fit is their top priority. They give them the right food to ensure nothing would hinder their pet’s happiness. How about you? Of course, seeing a sick pooch would make you feel bad too, right? If your answer to that question is a resounding ‘Yes’, then you must be interested in knowing some foods that are harmful to your dog. 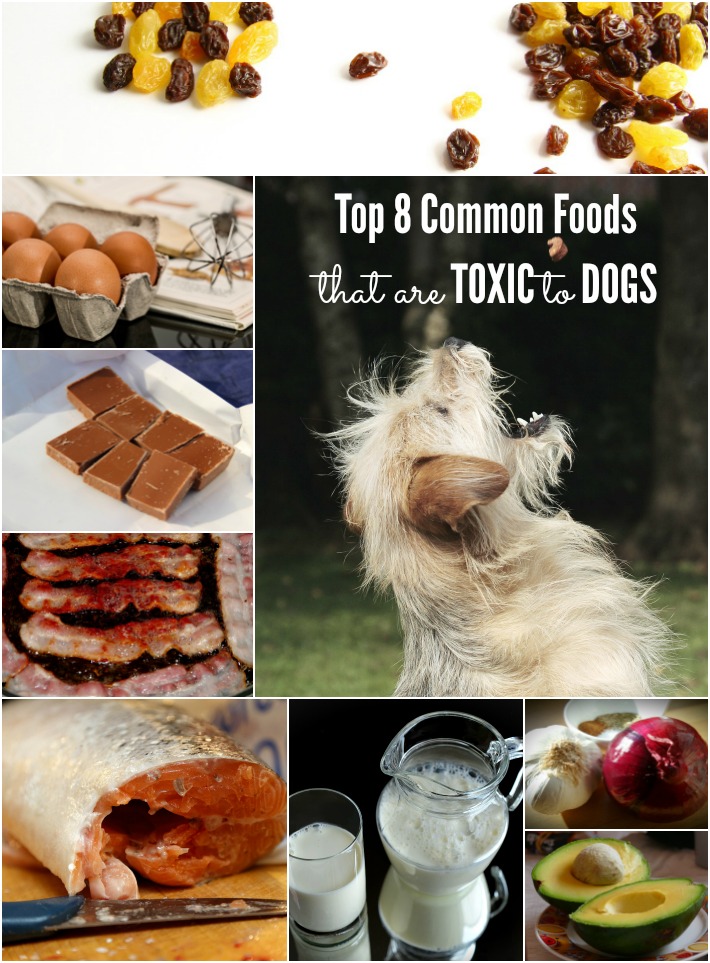 Top 8 Common Foods That Are Toxic to Dogs

Dairy Products and Milk
Lactose intolerance is a condition that is also present in dogs. Ingesting milk may cause gastrointestinal problems, which include diarrhea and vomiting. This is because dogs don’t have the right enzymes to fully digest or break down the sugar found in milk.

Chocolates
Chocolates contain methylxanthines, such as theobromine and caffeine, which are highly toxic to dogs. Ingestion of chocolate could cause symptoms like agitation, abdominal pains, vomiting, tremors, or worse, may lead to seizures, abnormal heart rhythms, and even death. That is why dog owners should never leave chocolate within their pet’s reach.

Raw Fish and Meat
While it’s true that bacteria can be found virtually everywhere, it’s important to note that bacteria found in raw fish and meat are unquestionably harmful and potentially fatal to dogs. For instance, untreated cases of salmon poisoning disease or fish disease can cause death within a period of 2 weeks. To be safe, always cook meat and fish for your pooch.

Avocado
Obviously, avocado is good for you, but it is worth noting that it is never safe for dogs. Its seed, bark, leaves, and fruit contain persin, which is harmful to dogs, especially in large amounts.

Raw Onions and Garlic
These are used to add flavor and aroma to most human food, but raw garlic and onions aren’t necessary when preparing food for dogs. The onion family can cause toxicosis in dogs with symptoms, such as orange to dark red urine and lethargy that would only show up 3-4 days later. The red blood cells could also be destroyed and a blood transfusion may be required in severe cases.

Raw Eggs
It’s always better to give your dog a cooked egg. It’s possible for raw eggs to contain E. coli, or Salmonella – bacteria that could cause food poisoning. Raw egg also hinders the absorption of vitamin B causing coat and skin problems.

Bacon and Fatty Food
Bacon, as well as other fatty food aren’t good for dogs. This is because it can lead to inflammation of the pancreas, thereby causing it to function incorrectly. Later on, symptoms, such as poor nutrient absorption and indigestion can be noted.

Raisins and Grapes
To date, the specific component or chemical found in grapes that can harm dogs hasn’t been identified. Its results, however, have become common. Diarrhea, lethargy, and vomiting can be noted when a dog ingests raisins or grapes. Kidney failure may also occur, which could lead to death after four days.

Now that you know of the harmful effects of the foods mentioned above, make sure to keep them away for your pet’s safety. To show that you deeply care for your pooch, keep a list of the numbers of your vet, or local animal emergency clinic in case your dog ingests poison, and other toxic foods.