What happens when your dog poops and there’s no garbage can around? You end up carrying your dog poo throughout your walk. Smelly dog poo bags can be annoying.
Poo Vault to the Rescue! 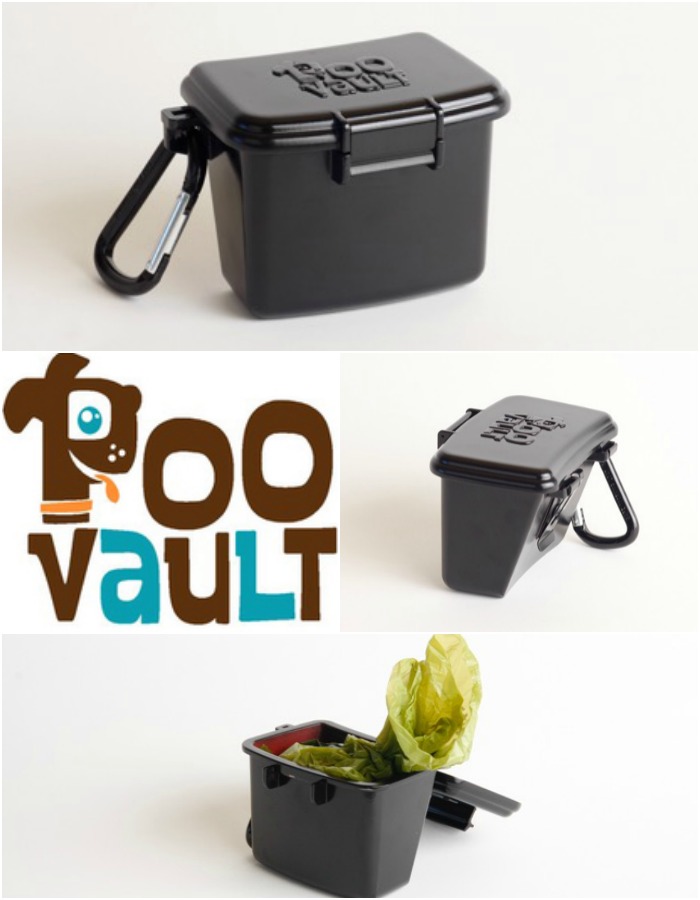 This post is sponsored by Poo Vault. I am being compensated to help promote Poo Vault Kickstarter campaign, but we only share information we feel is relevant to our readers. Poo Vault is not responsible for the content of this article.

Dog mom Jessica Streib was motivated to create Poo Vault from walking her Labrador, Fende, around the neighborhood and unable to find garbage cans. She was annoyed carrying smelly dog poo bags. Jessica’s mechanical engineer husband, Tasche, made it happen and designed the Poop Vault.

The Poo Vault is about 5″ wide, 3.5″ tall and 2.25″ deep. It is made of a hard case with a seal and clasp specifically designed to hold in offensive poop bag odors. The Poo Vault’s carabiner is easily attachable to your belt clip, leash, pack or purse. 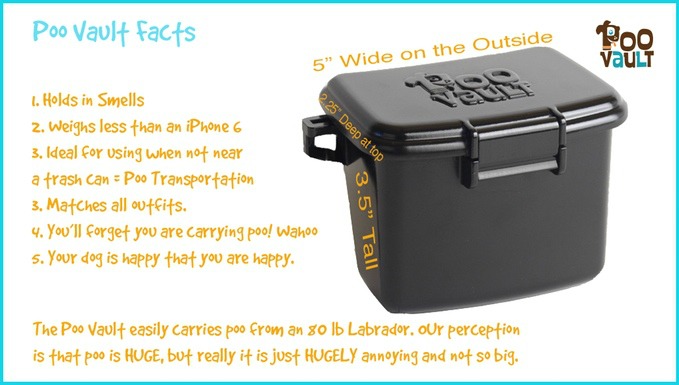 1. Holds in Smells
2. Weighs less than an iPhone6
3. Poo Transportation – ideal for using when not near a trash can
4. You’ll forget you are carrying smelly dog poo
5. Your dog is happy that you are happy 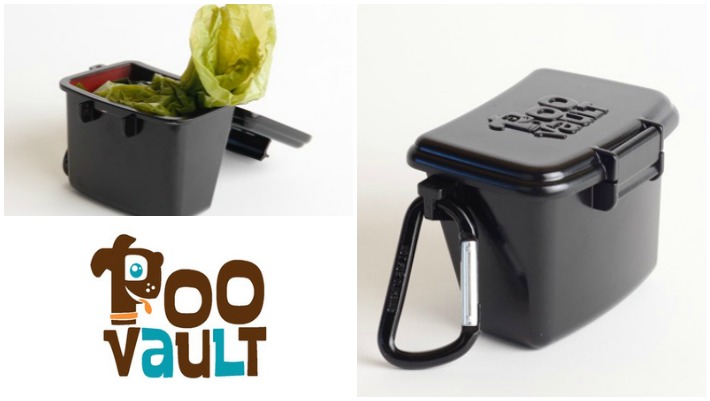 Jessica Streib is seeking $14,500 which will go towards the tooling for the four different pieces that make up the Poo Vault. I invite you to watch the video and learn more about how you can support Jessica by visiting Poo Vault Kickstarter Campaign Page.