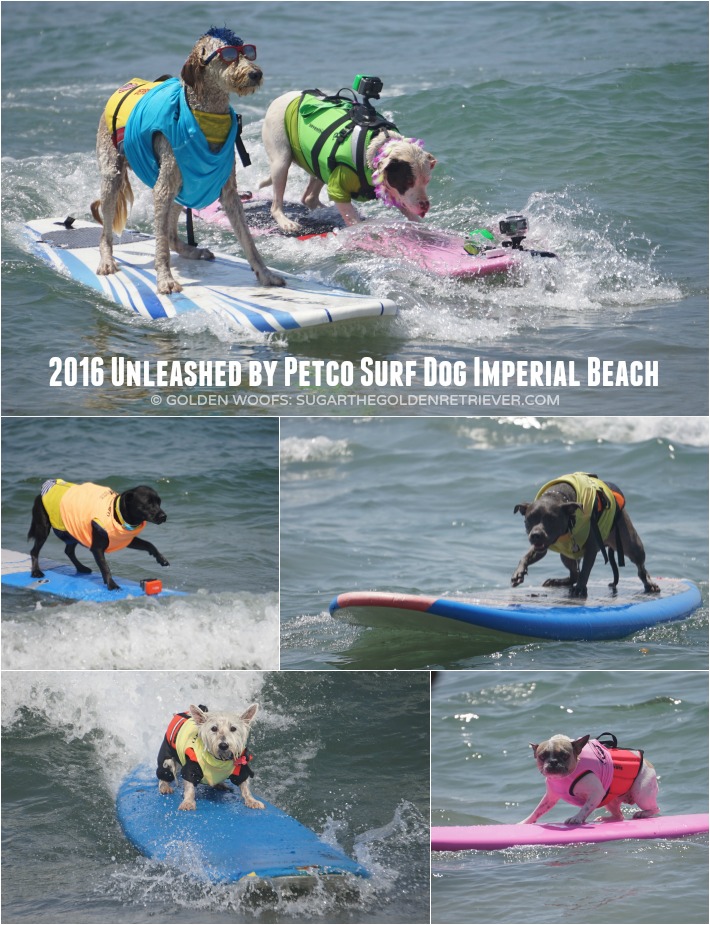 Dogs were judged on the length of ride, height of the wave, degree of difficulty, positioning, and showmanship. 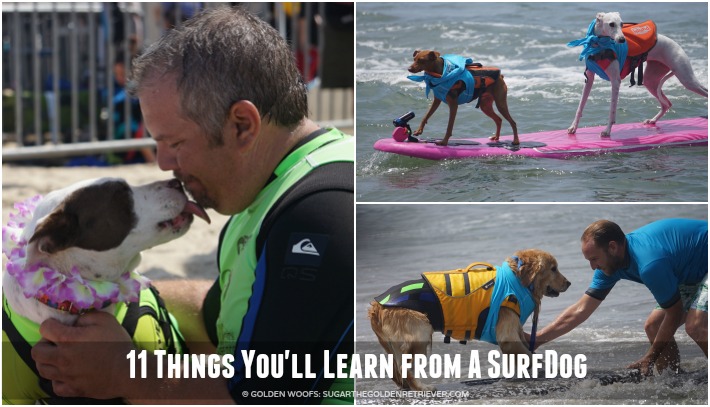 This was my second year as a puparazzi of the event. While watching these athletic surf dogs, I observed 11 things we can all learn to be a better person and dog owner.

11 Things You’ll Learn from A SurfDog 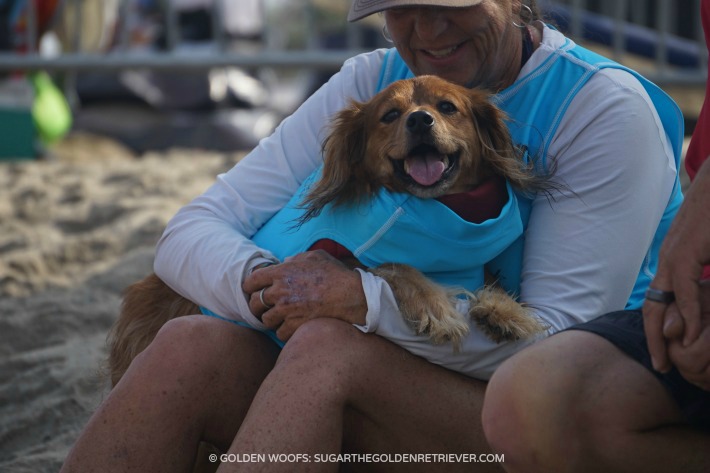 2. Importance of building and creating a healthy relationship with your dog = Human-Canine Bond! 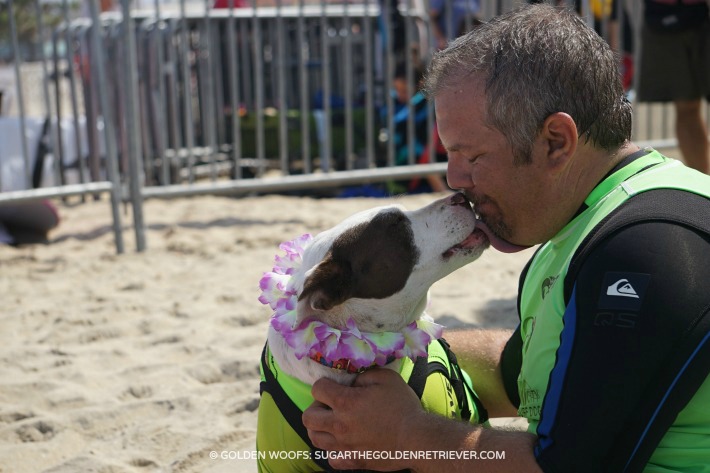 Faith, a rescue pit bull, licks her dad before hitting the waves. Faith has gone from living on the streets to becoming one of the most well-known dog surfers. 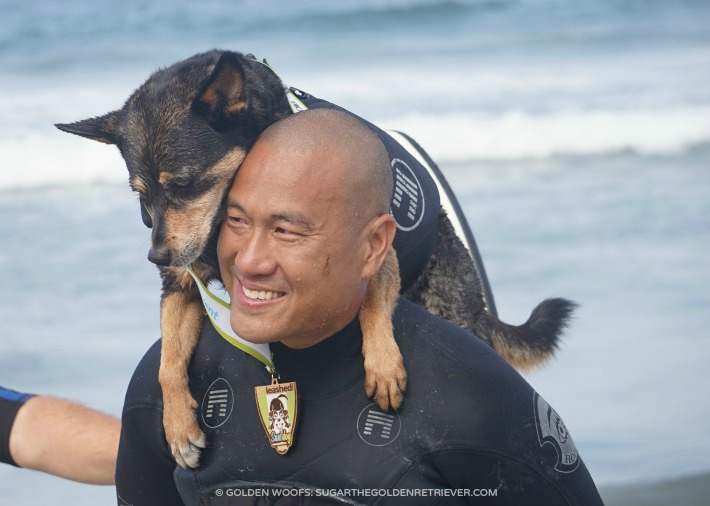 Trust is evident with Abbie and her dad. Abbie started surfing in 2008, has several medals and two Guinness World Records. Abbie won first in the medium category.

4. TEAMwork! Alone you can only do little things … 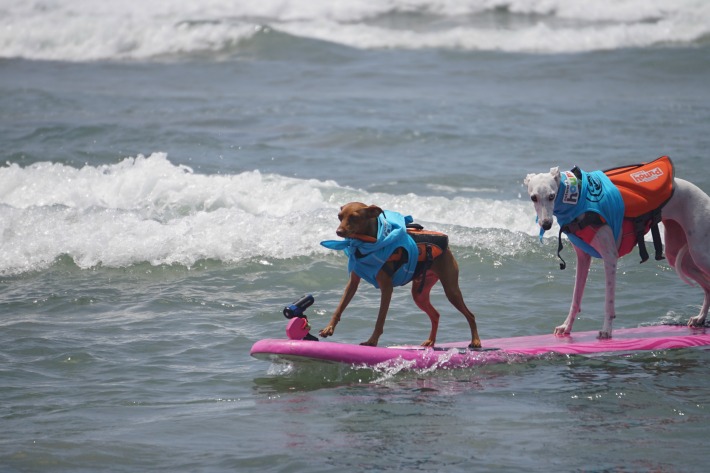 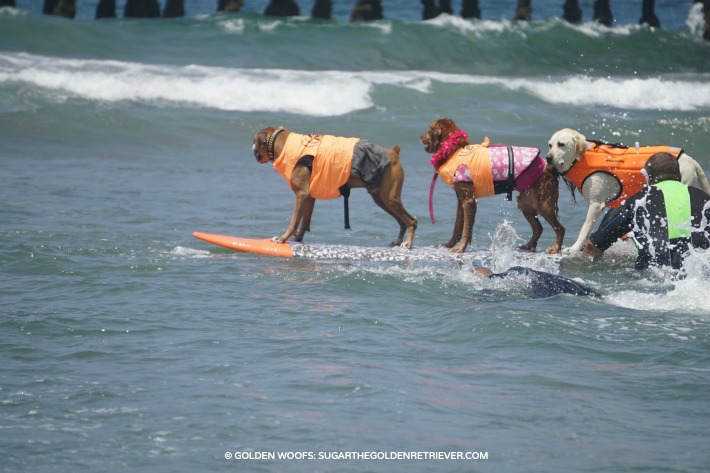 5. SIZE doesn’t matter, and neither does AGE and Dog BREED 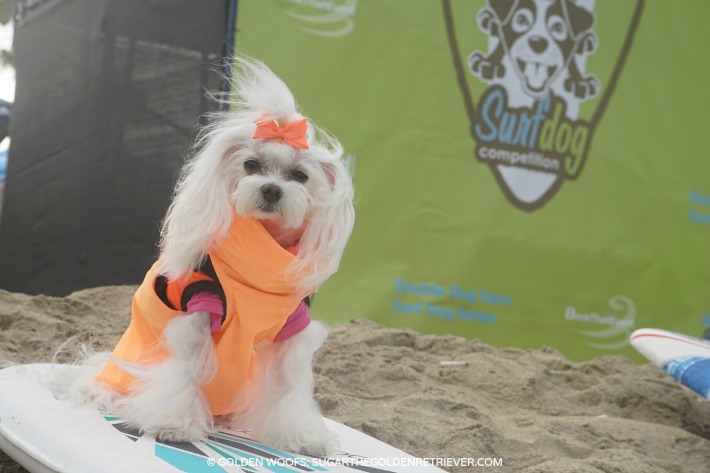 Senior dog Flofy from Brazil competing for the first time. 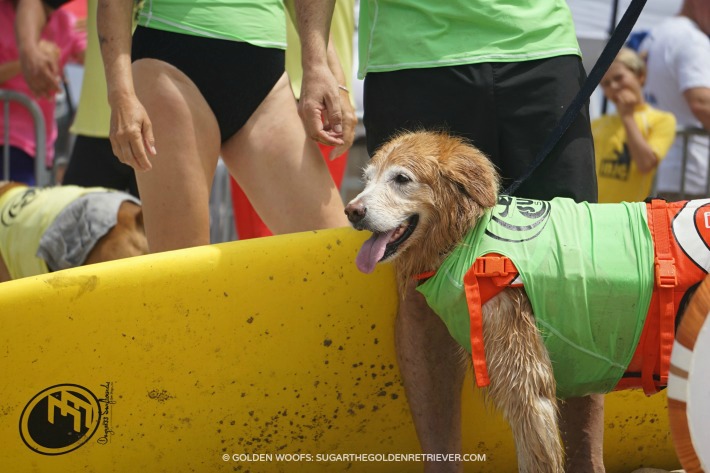 6. Be COURAGEOUS! Courage is what keeps you going … 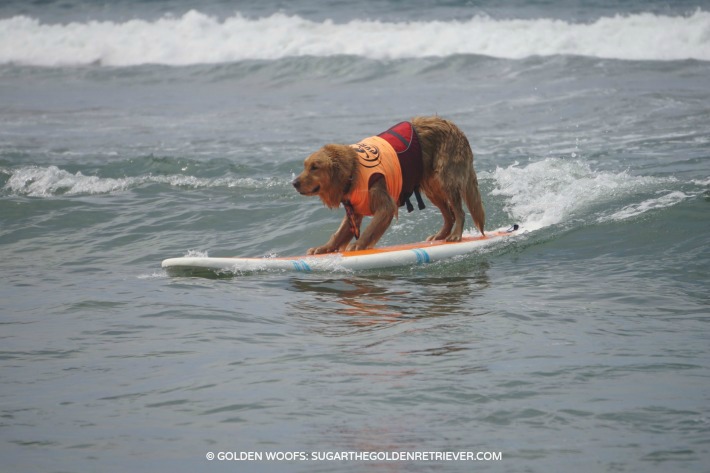 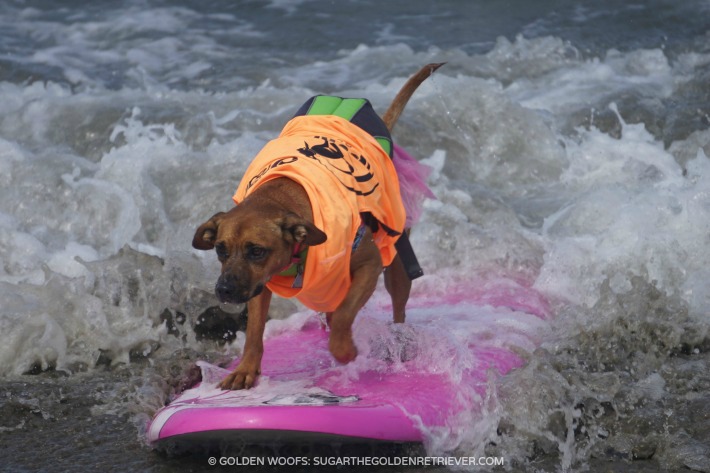 Pink tu-tu Giselle, a mutt rescue from Pomona, has only beeen surfing for a year and had a pawmazing success this year – won second place! 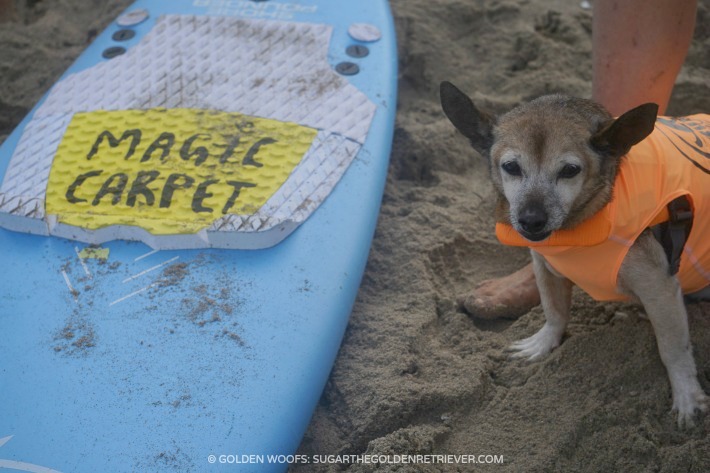 Kihei was just a stray dog on the streets of Hawaii before being rescued in 2002. Gotta love the magic carpet on his surfboard.

8. Creating your own chance … 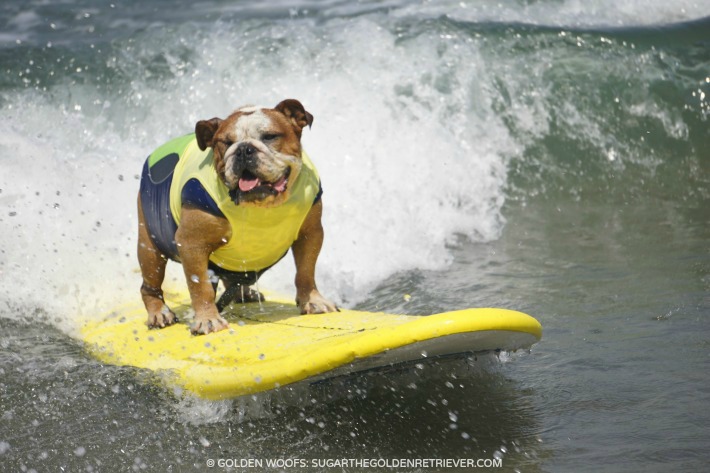 9. STYLE can bring out your best personality 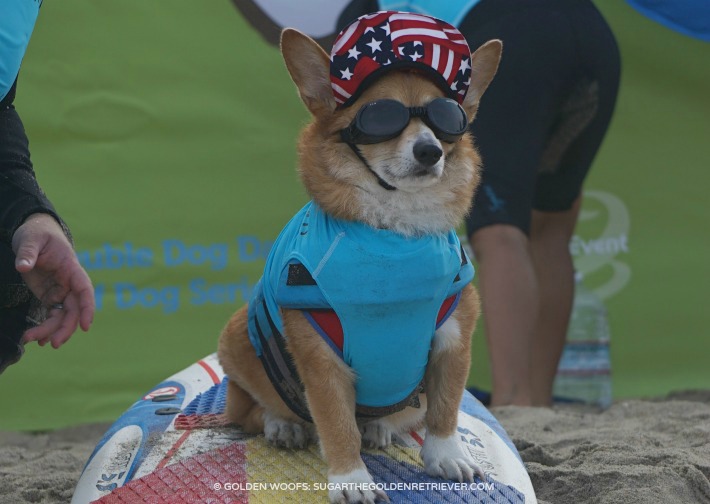 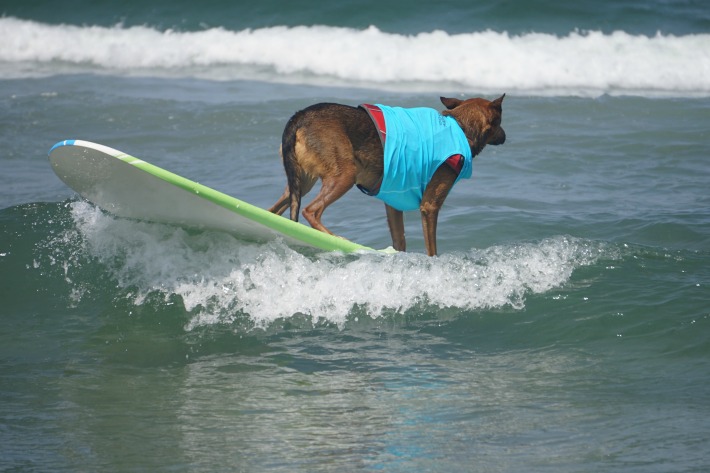 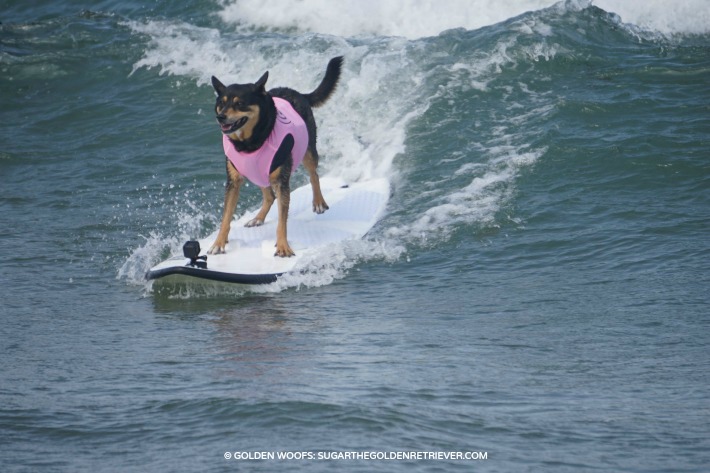 11. JUMP for Joy and Celebrate! 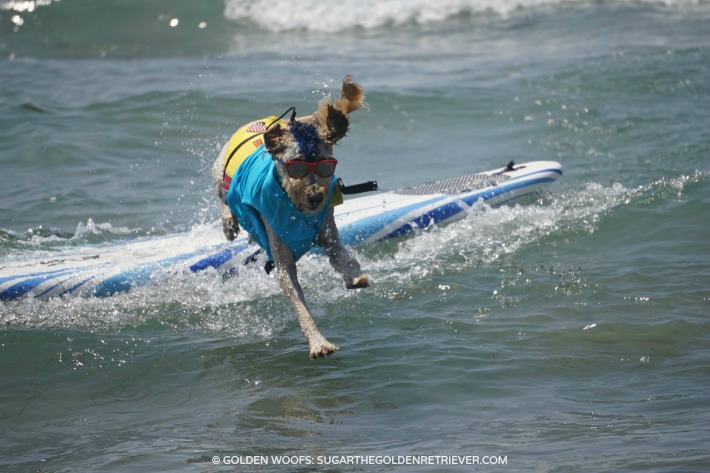 Woofs to pawmazing 2016 Unleashed by Petco Surf Dog Competition.
A Big Congrats to all the surf dog pawticipants and winners!

To read more about the event visit surfdogevents.com and Imperial Beach Surf Dog Facebook page. Next Surf Dog event is on September 25, 2016 at Huntington Dog Beach.
Lots of Golden Thanks to Book That Event!