Chicago Sports is the Best, and we missed it so much! During Bark at the Park, September 13th, at U.S. Cellular Field, the Chicago White Sox joined by their fans plus Sox Dogs set the GUINNESS WORLD RECORDS™ title for most dogs attending a sporting event. White Sox’s annual Bark at the Park event was presented by AvoDerm Natural Pet Foods, Nylabone, and PetSmart. 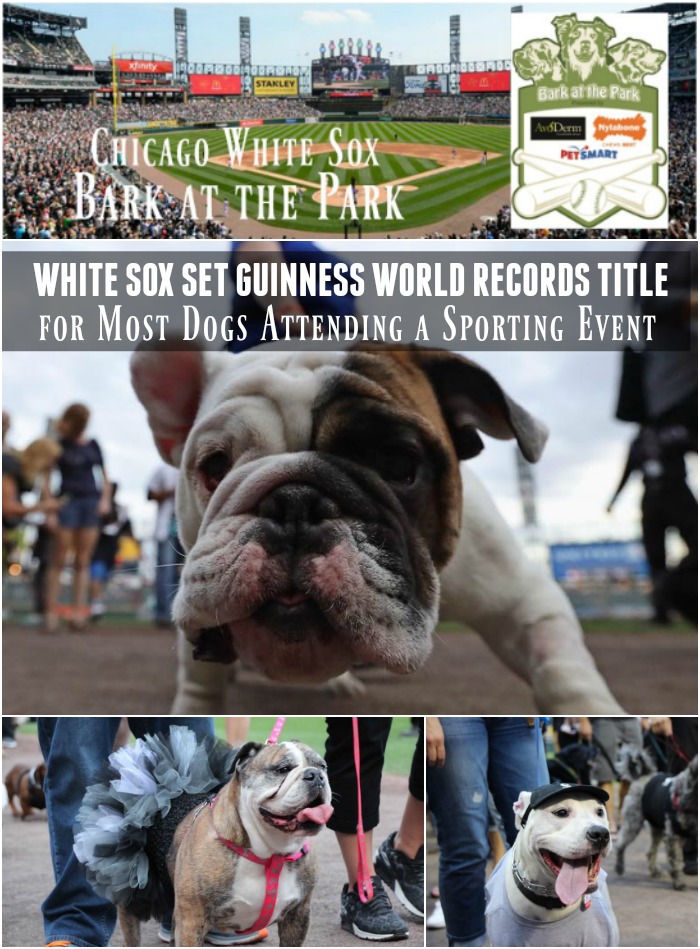 Did you know? In 1996, the White Sox was the first major-league organization to create a dog-friendly day at the ballpark. 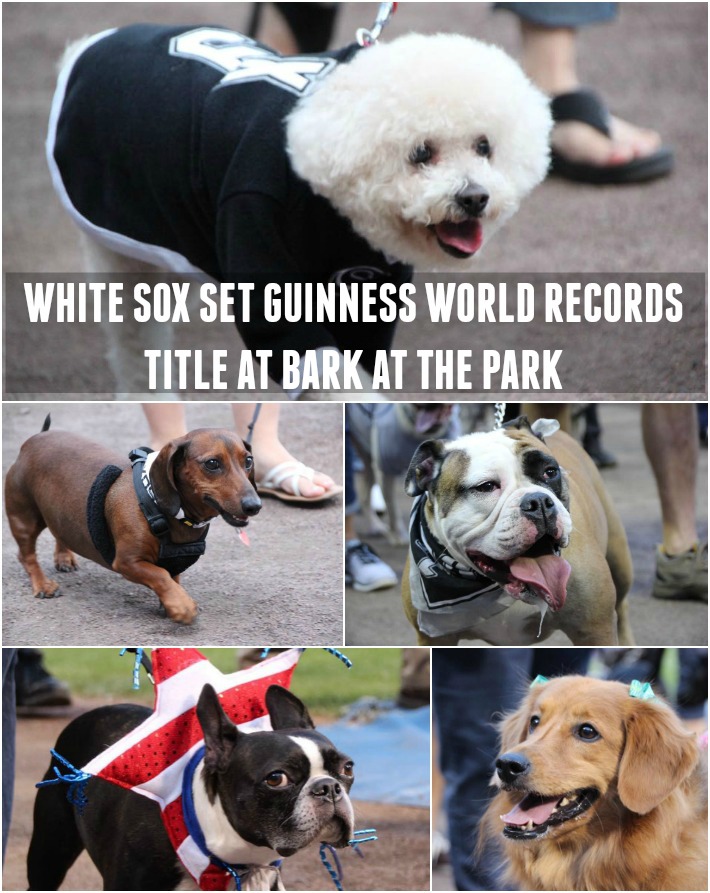 At U.S. Cellular Field Outfield Reserved area – Dog Zone
There were 1,122 dogs present for the game and set the GUINNESS WORLD RECORDS™ title. 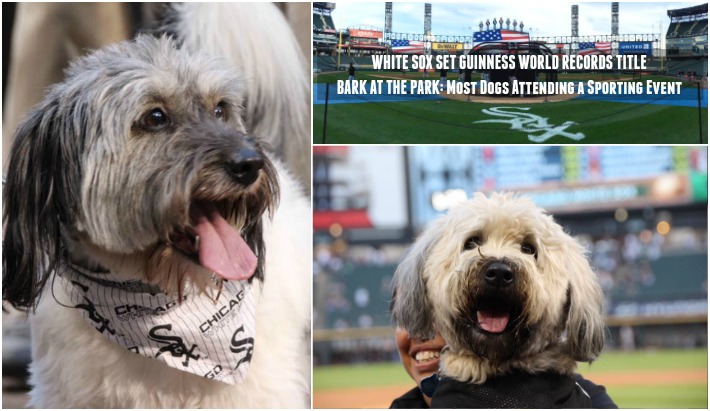 “We received a tremendous turnout for our four-legged friends tonight. We are thrilled that the White Sox dog-friendly event has become a storied piece of our tradition, especially as we add a milestone with tonight’s ‘most dogs attending a sporting event’ title through GUINNESS WORLD RECORDS™.” – Brooks Boyer, White Sox Senior Vice President of Sales and Marketing

Hopefully next year we can visit Chicago (our hometown). SUGAR can join and set a new record. Woofs! White Sox and Golden Thanks for the invitation.