We are so excited the Chicago Cubs won the World Series after 108 years. As a Cubs fans, flying the W flag after a victory is a tradition. We are forever Cubs fans, SUGAR too. If you followed us on social media, you’ve seen photos of SUGAR with the W flag. One of SUGAR’s popular photo was converted into a custom photo flag by Flagology. 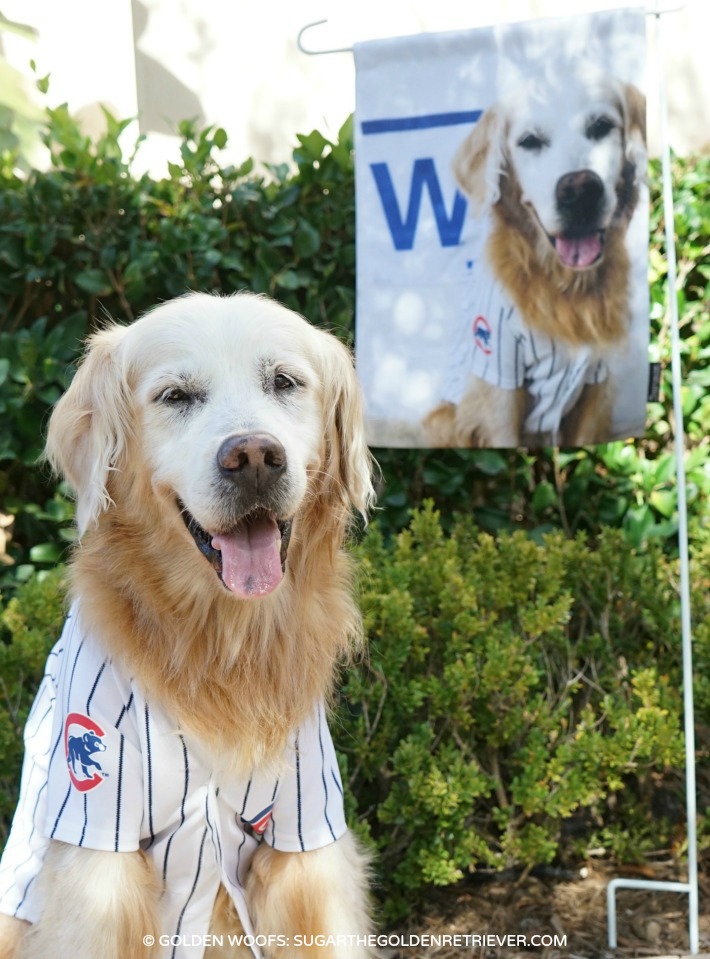 Flagology provided Sugar a custom Flip-it-Plus flag. Golden Woofs only shares information we feel is relevant to our readers.

Recently, Flagology introduced Flip-it-Plus flag; a two-sided flag. A Flip-it-Plus flag is printed on premium poly/cotton outdoor fabric. You have the option to have two different photo designs. I decided to use the same image on Sugar’s W Cubs flag. The image is digitally printed in the USA. 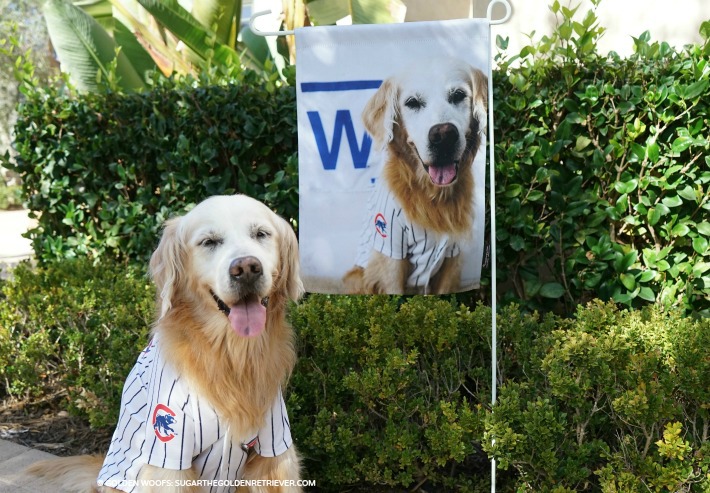 SUGAR is very happy with her flag. It brought a load of smiles to us. It also strikes up many conversations from our neighbors. The flag is perfect to celebrate our favorite Cubs team winning the 2016 World Series.

At Flagology, you can create a flip-it-Plus custom photo garden or house flag. Flagology is the only site that offers two-sided flag design.

This holiday, be inspired to create your own Flagology custom photo flag.
Use code GOLDENWOOFS20 for 20%off ends November 30th.

Flagology is offering one of our readers to create their own garden custom photo flag. Use the Gleam giveaway widget below to enter. {giveaway via Flagology}
Garden
Flag Giveaway with Sugar the Golden Retriever