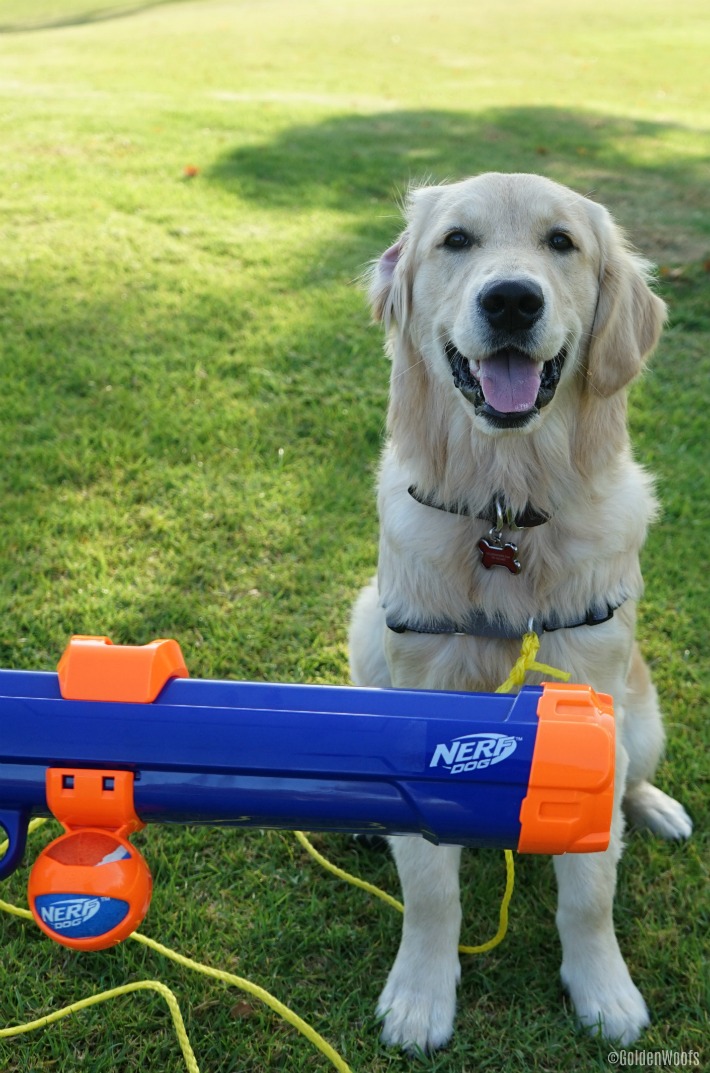 KORU BEAR is a Chewy Influencer. Golden Woofs is helping spread the word about Chewy.com products and services and received no compensation for this post. Golden Woofs only shares information we feel is relevant to our readers. 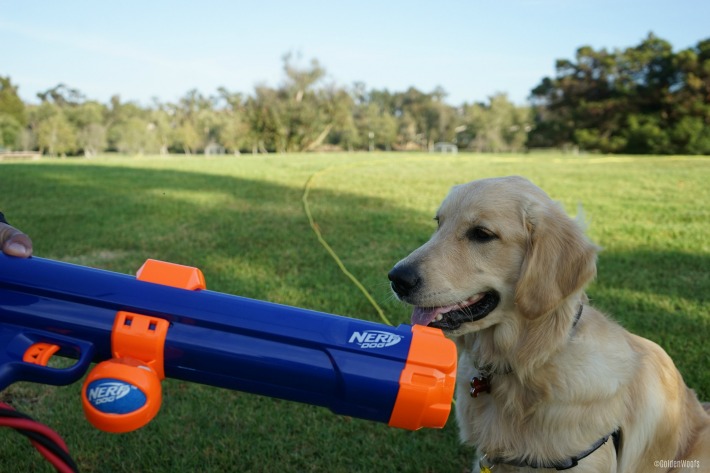 KORU BEAR loves to fetch and a ball-obsessed Golden dog. Initially, he was unsure of the Nerf Dog Tennis Ball Blaster. To make KORU BEAR comfortable, dog Dad asked him to do the dog- sniffed test and played with the Nerf tennis ball. KORU BEAR is also sensitive to noise so had to do several tests launch. He did especially pawsome when he realized the dog toy involves a tennis ball. Since KORU BEAR is in his learning stage of being “off-leash,” we used a 100ft rope as a guidance and assurance for his safety.

The Nerf Dog Tennis Ball Blaster Launches a ball up to 50 feet in the air. I’m not a good thrower, so this was awesome especially when KORU BEAR loves never-ending fetch play. Dog Dad loves that he does not need to bend down to pick up the tennis ball. He simply used the end of the launcher, and in seconds KORU BEAR was ready again to fetch a tennis ball. 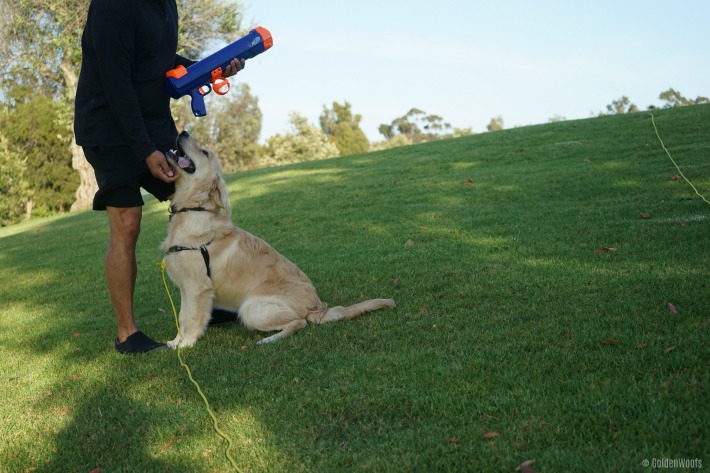 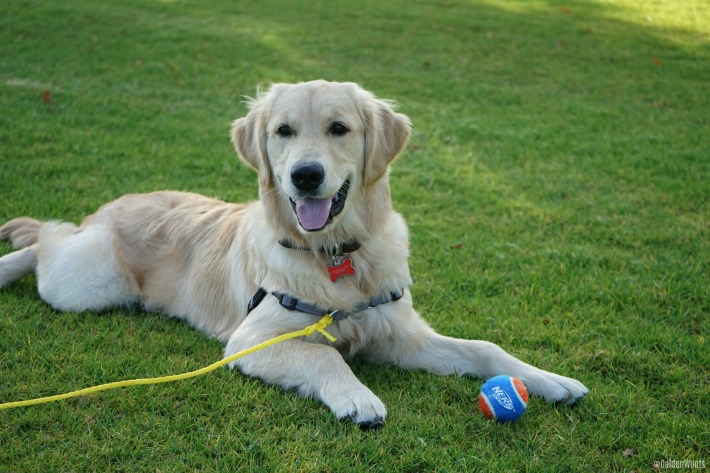