Hundreds of veterans continue to struggle after serving our country. As the nation’s largest provider of service dogs to military veterans, K9s For Warriors transformed many lives of these struggling veterans. 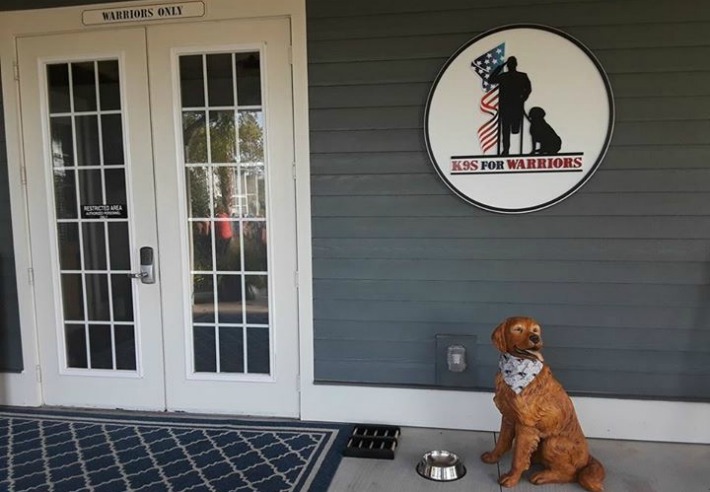 This is sponsored by Bayer Animal Health. As a Bayer Influencer, I have the opportunity to learn about their products and wonderful programs that help protect the health of our pets. Last month. I had an opportunity to visit K9s For Warriors facility in Jacksonville, FL – an organization that Bayer supports. 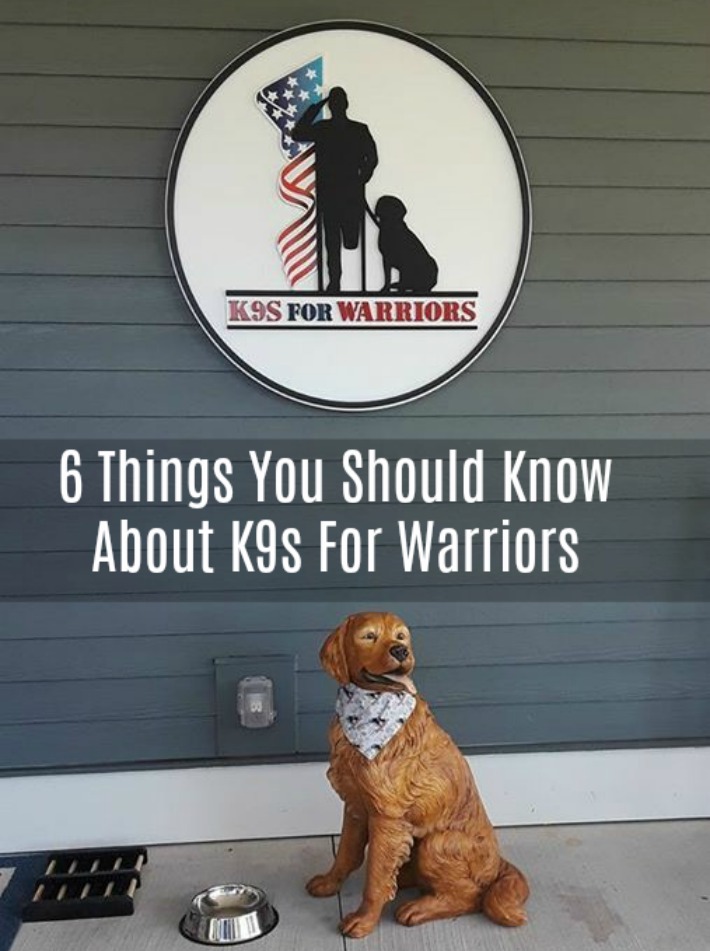 1. Founder Shari Duval
In March 2011, Shari Duval founded K9s For Warriors and his son, Brett Simon, was her inspiration. After returning from Iraq, Brett suffered from Post Traumatic Stress Disability (PTSD). From his son’s experience, Shari Duval realized that there was a need to treat PTSD effectively. Through Brett’s love for dogs, Shari was able to find a way to help him cope with his PTSD. 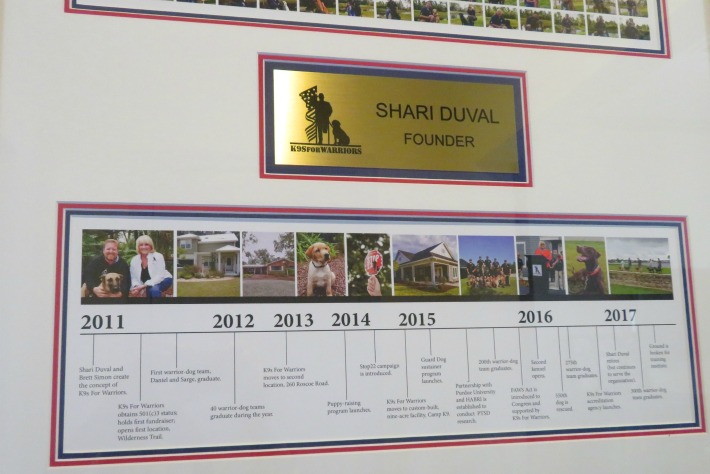 2. Mission for the Veterans
Since 9/11, there have been 130 thousand veteran suicides, and K9s For Warriors’ mission is to put an end to these daily suicides. K9s For Warriors’ aim “to empower them to return to civilian life with dignity and independence.” K9s For Warriors is dedicated to providing service dogs to veterans suffering from illness as a result of military service post-9/11. From 2011 to 2017, 367 veterans have been matched to service dogs.

3. Saving Lives of Veterans
K9s For Warriors Program is 100% free for the veterans. The live-in-training program is for three weeks at Camp K9. Last April 30th, 2015, a brand new Camp K9 was constructed at K9s For Warriors facility at Ponte Vedra, FL. For twenty-one days, each veteran spends their days at Camp K9. The facility was designed to be a “home away, from home” where every veteran warrior can relax and get to know their service dog: be dog handlers and develop a bond.

A kennel was added at Camp K9 that is equipped with a veterinary clinic and indoor training area. It can house about 27 dogs and can train up to 54 dogs. The size of Camp K9 will allow K9s for Warriors to accommodate more veterans.

K9s For Warriors provides service dogs to veterans suffering from the invisible wounds of war.

At least 22 veterans commit suicide every day in America. PTSD is known to be a silent killer of veterans. On a recent HABRI collaborative study with Purdue University and K9s For Warriors (Effects of Service Dogs on Mental Health and Wellness in War Veterans with PTSD), veterans with PTSD who have service dogs show better mental health and wellness. 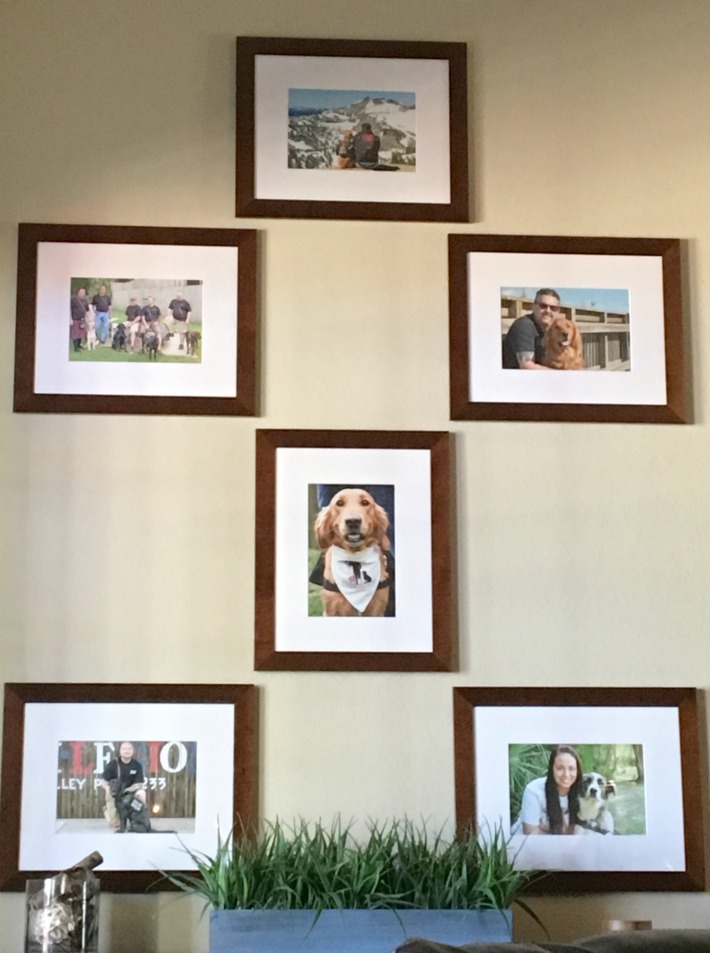 “Prescription on Four Legs – Service dogs are proven alternative for recovery from the effects of PTSD where medication often fail.”

4. Savings Lives of Rescue Dogs
Majority of the dogs used in the program are rescue dogs (90% are from high-kill rescue shelters), owner surrendered or donated by a breeder. The dog must be under two years of age and at least 50 pounds. It is an intricate process, and each dog is evaluated and trained extensively before pairing with a veteran. 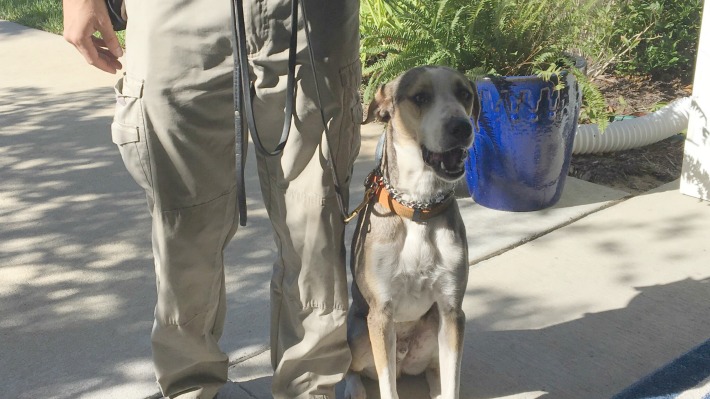 During our group visit, We had an opportunity to meet service dog in training Bo and his trainer. Bo was a stray and found by a local shelter. Bo demonstrated two crucial skills to assist a veteran with PTSD: cover and brace. The cover command is used to help a veteran while in public places like shopping in a grocery store. The brace command is to help a veteran to get up from a sitting position (if needed).

Journey of Becoming A K9s For Warrior Service Dog

5. Success from Donations and Sponsors
It’s amazing that from 2011 to October 2017, 367 veterans have been matched to service dogs. When Shari started in 2011, she hoped to pair 12 warrior-canine teams per year. Now, 12 warrior-canine are paired up per month. From corporate donations and sponsors, K9s For Warriors is able to pay $27,000 to train and place a service dog. Since 2014, Bayer Animal Health has supported K9s For Warriors and contributed more than $700,000. Bayer also supplies flea and tick medications like K9 Advantix and Seresto collars to all service dogs in training, as well as for program graduates when they return home to help keep their service dog healthy. This allows warriors, many of whom are on fixed or limited incomes, afford flea, tick, mosquito preventive. 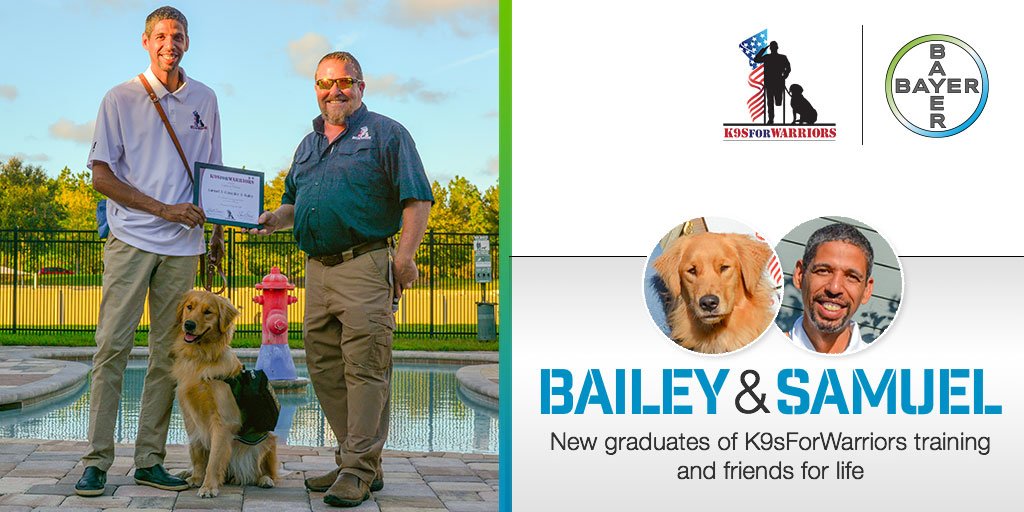 6. K9s For Warriors is dedicated to helping give a new “leash” on life to rescue dogs and military heroes.

Many veterans are in search of their path to living with dignity and independence. Thank you for K9s For Warriors. For more information on how you can help veterans, visit K9sForWarriors.org and MyK9MyHero.com to learn more about Bayer’s partnership.