We attended the Harvest Moon Classic dog show at Santa Rosa, CA., and had a brief time to explore the town. We were told that Snoopy is the new “Hometown Hero”. Snoopy is a spotted white beagle dog in the comic strip Peanuts by Charles M. Schulz. 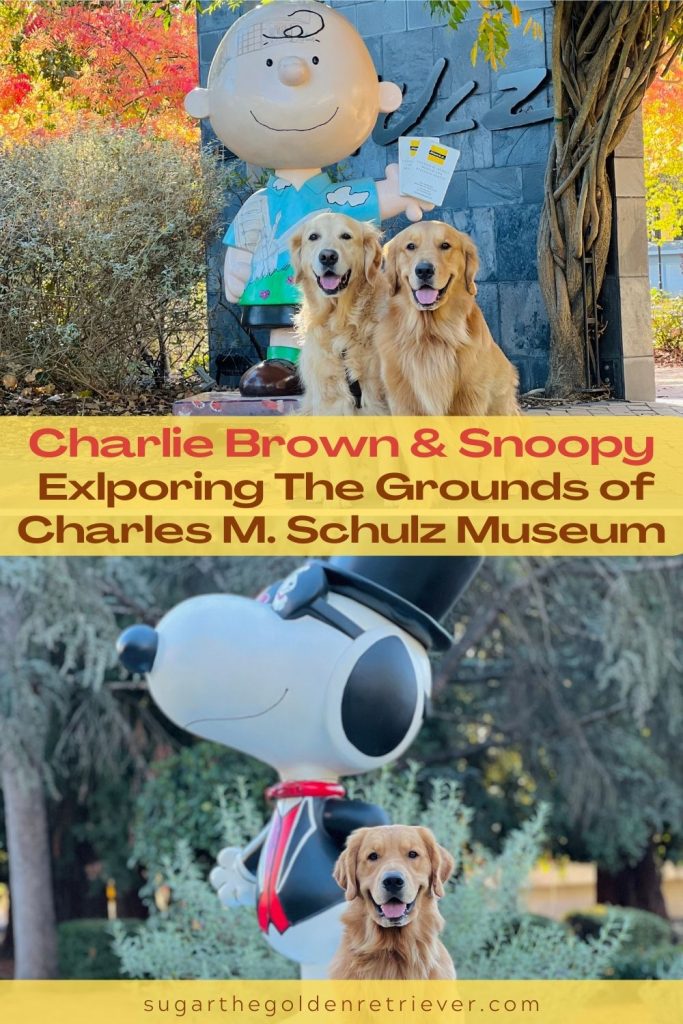 Are pets allowed inside the Schulz Museum?

First and foremost, the Charles M. Schulz Museum is not dog friendly. Animals (pets, emotional support, comfort, or therapy animals) are not permitted inside the Museum except for registered service animals. We only explored the grounds of the museum.

Charles Schulz was born in Minneapolis, Minnesota, in 1922, but he moved to Santa Rosa, California, in 1958 and lived there for the rest of his life. Santa Rosa was the setting for his comic strip “Peanuts,” which ran in newspapers from 1950 to 2000. In the strip, Santa Rosa was represented as the fictional town of “Mendocino.”

Where is the Schulz Museum located?

Charles M. Schulz Museum is about 50 miles or an hour drive from San Francisco and is located at 2301 Hardies Lane Santa Rosa, CA 95403. 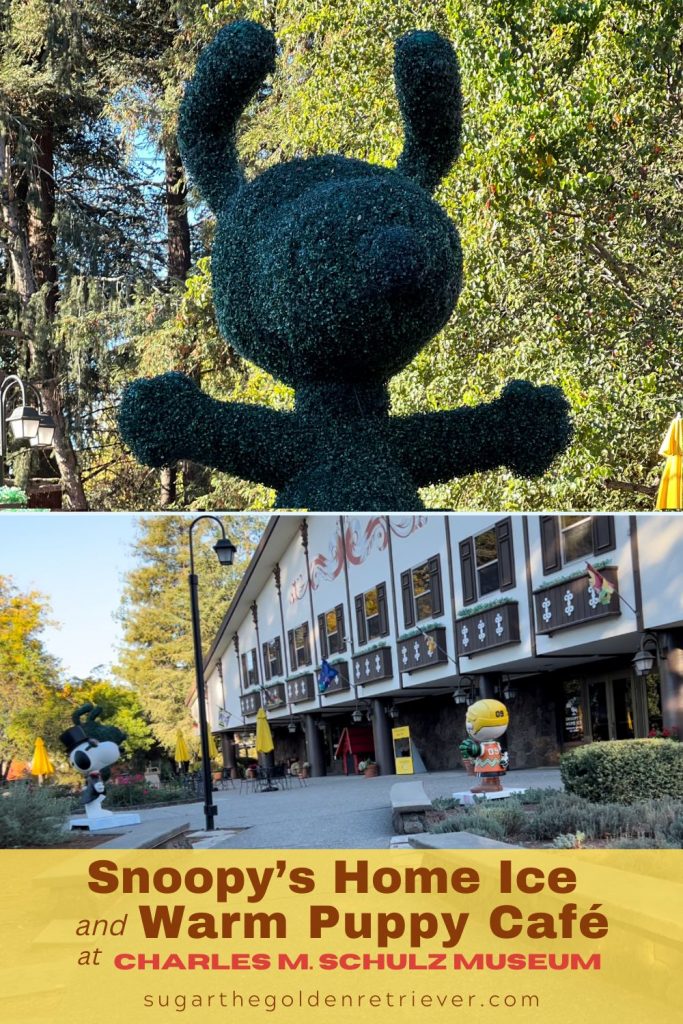 Across from the museum are Snoopy’s Home Ice, the Warm Puppy Café, and Snoopy’s Gallery & Gift Shop.

The Peanuts comic strip is a classic example of American pop culture. First appearing in 1950, the strip follows the lives of a group of friends, including the iconic characters Charlie Brown, Snoopy, Linus, and Lucy.

The strip became hugely popular, appearing in newspapers across the United States. Charles M. Schulz was the creator and artist behind the Peanuts strip, and he continued to work on the strip until he died in 2000.

The Peanuts strip is known for its simplicity, both in terms of art and storytelling. It has been praised for its insight into human nature.

Schulz deliberately kept the strip grounded in reality, avoiding fantasy elements. This helped to make the strip relatable to readers of all ages. 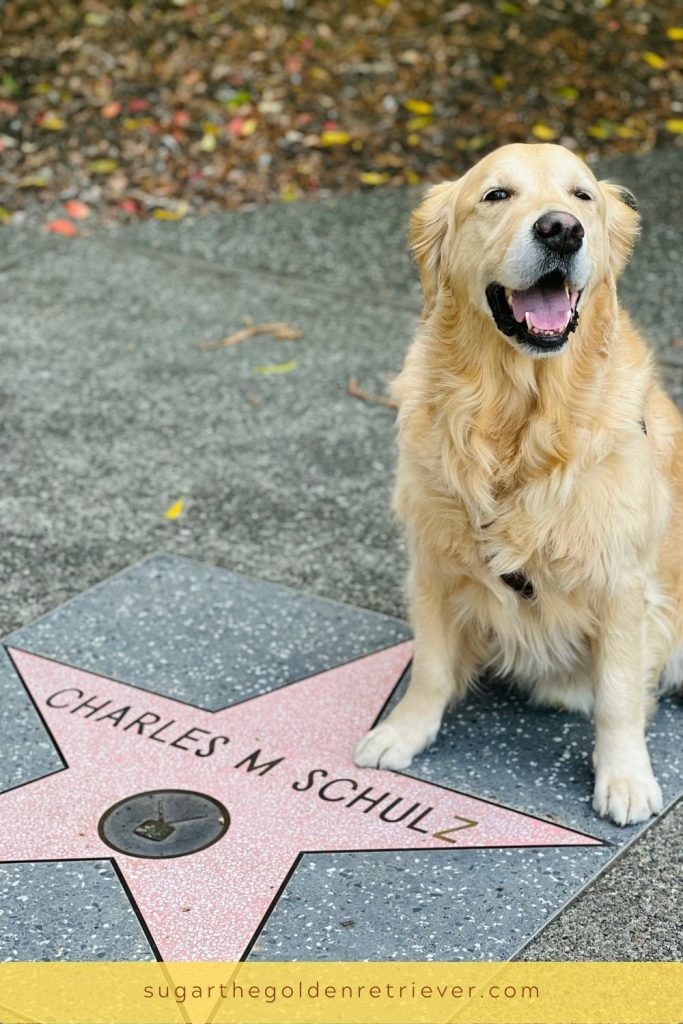 Charles Schulz has been inducted into the Cartoonists Hall of Fame. He won several awards from the National Cartoonists Society, Yale Humor, National Education Society, and Ordre des Artes et des Lettres. In 1990, Schulz’s work was shown at the Louvre.

The last daily Peanuts strip was released on January 3, 2000. Charles Schulz died in his home in Santa Rosa, CA on February 12, 2000, the day before his farewell Sunday strip was published
with a letter of thanks to his editors and fans. 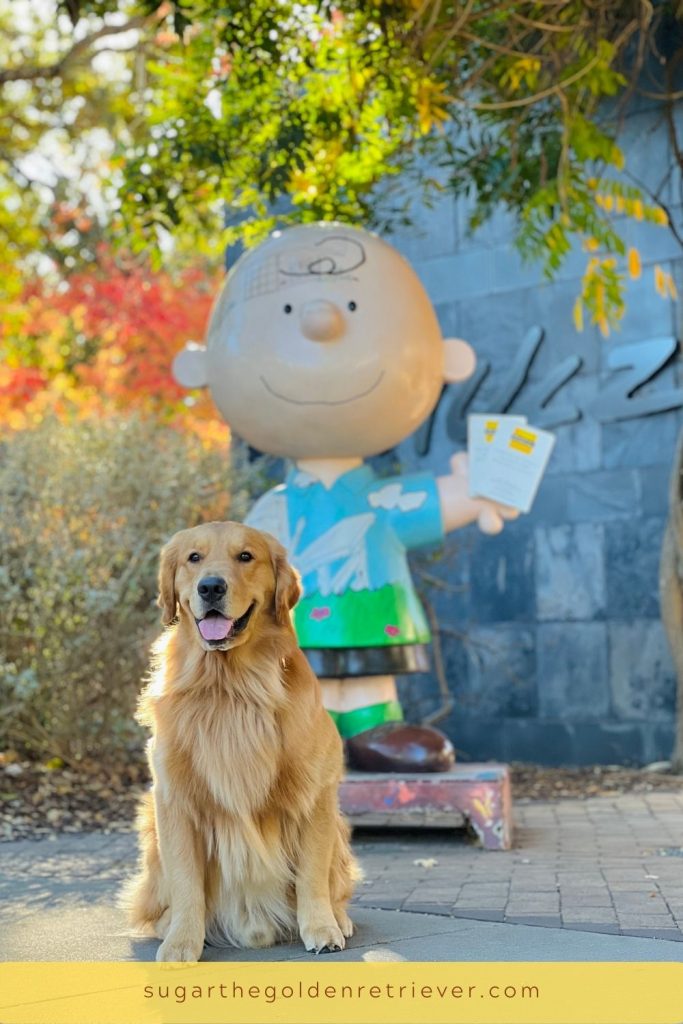 Is Charlie Brown based on Charles Schulz?

Yes, Charlie Brown is based on Charles Schulz. The character was originally going to be named after Schulz, but the publisher decided that “Charlie Brown” would be a more marketable name. So Schulz named the character after a co-worker at Art Instruction Inc.

Nevertheless, the character is still very clearly based on Schulz, from his physical appearance to his personality. For example, like Schulz, Charlie Brown is a very insecure and self-doubting individual. He is also very sensitive and easily gets his feelings hurt. Additionally, Charlie Brown is known for his love of baseball, just as Schulz was a big fan of the sport.

What does Charlie Brown symbolize?

Charlie Brown is known for his signature striped shirt and black-and-white sneakers, as well as his unending optimism in the face of repeated disappointment.

Charlie Brown symbolizes the everyman. He is a relatable character who experiences the same joys and sorrows as everyone else. Despite his many setbacks, Charlie Brown never gives up hope. He is a reminder that it is always worth it to keep trying, even when the odds seem insurmountable.

Charlie Brown is a kind-hearted and optimistic person who always tries his best, even when things are
against him. He is a symbol of hope and resilience, and of the importance of never giving up. 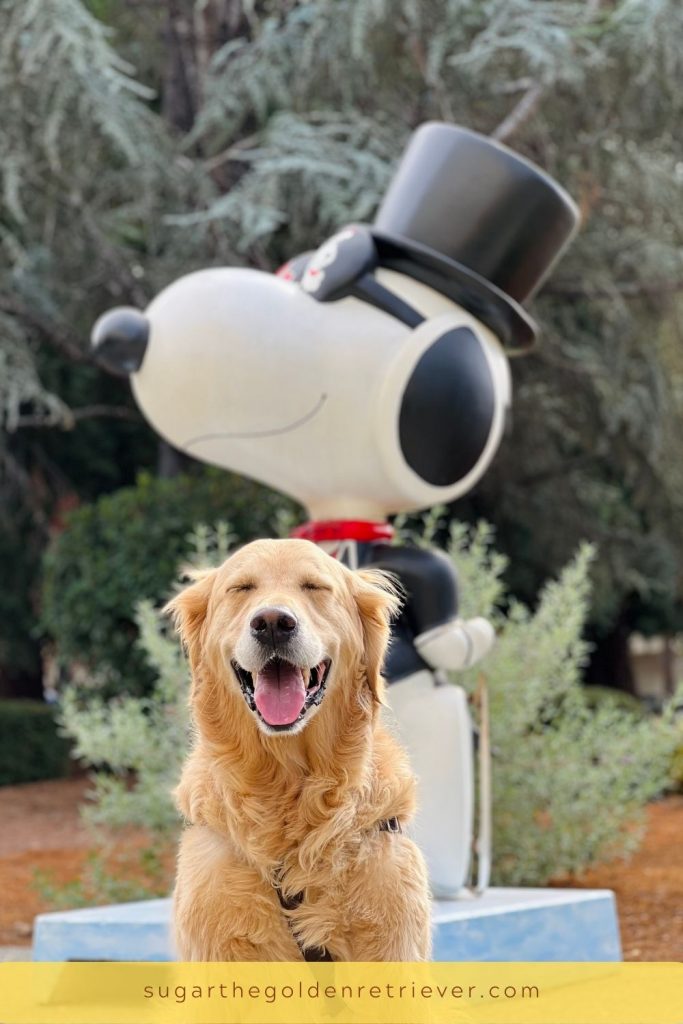 How did Charles Schulz come up with Snoopy?

Charles Schulz came up with the idea for Snoopy while he was 15 years old and in high school. He was doodling one day and came up with a dog that looked like a beagle; who later served as the inspiration for Snoopy.

What was Snoopy going to be called?

Snoopy was originally going to be called “Sniffy.” However, Charles M. Schulz, decided that this name was not befitting of the lovable beagle, and so he changed it to “Snoopy.”

What is Snoopy famous for?

Snoopy is a major character in the Peanuts comic strip by Charles M. Schulz. Snoopy is the male beagle dog and the best friend of Charlie Brown.

Snoopy is best known for his lovable personality catchphrases, his mischievous antics, and his love of baseball.

Snoopy is known for his close friendship with Charlie Brown, and his ongoing rivalry with the Red Baron. Over the years, Snoopy has become one of the most recognized and beloved cartoon characters in the world. 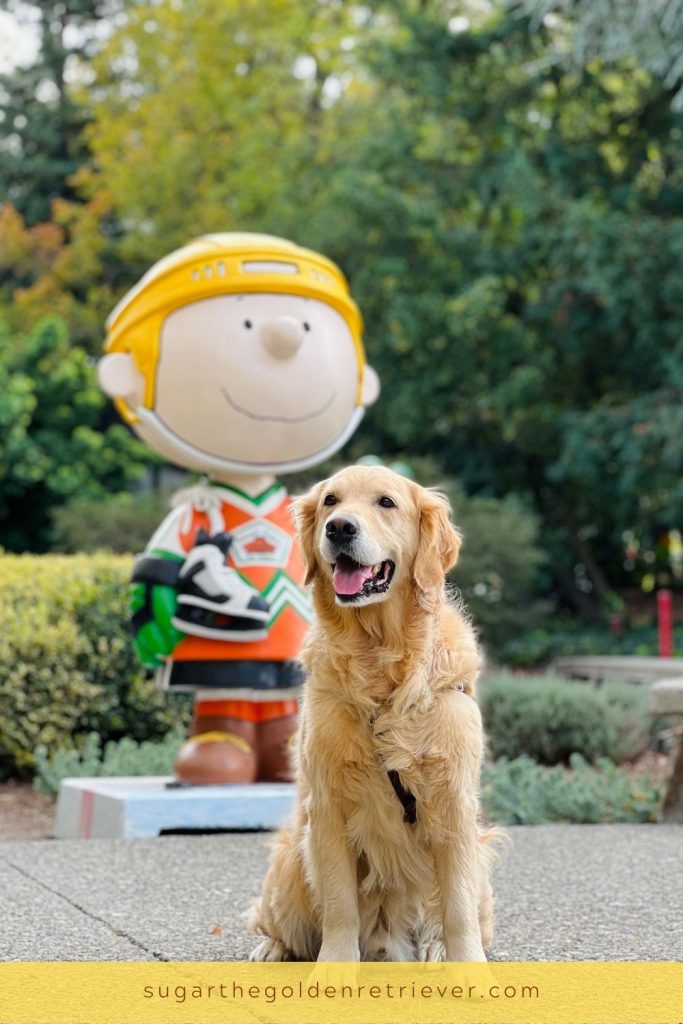 What does Linus symbolize in Peanuts?

Linus van Pelt is a character in the popular comic strip Peanuts. He is characterized as a thoughtful, intelligent child who is always searching for a deeper meaning in life.

Linus is often seen carrying around a security blanket and sucking his thumb, which he uses for comfort in times of stress. This blanket symbolizes Linus’ need for security and stability in his life.

Linus is always seeking answers to life’s big questions, and his deep thoughts often lead him to wise conclusions.

Linus is a symbol of wisdom and understanding, and he represents the search for knowledge and truth. 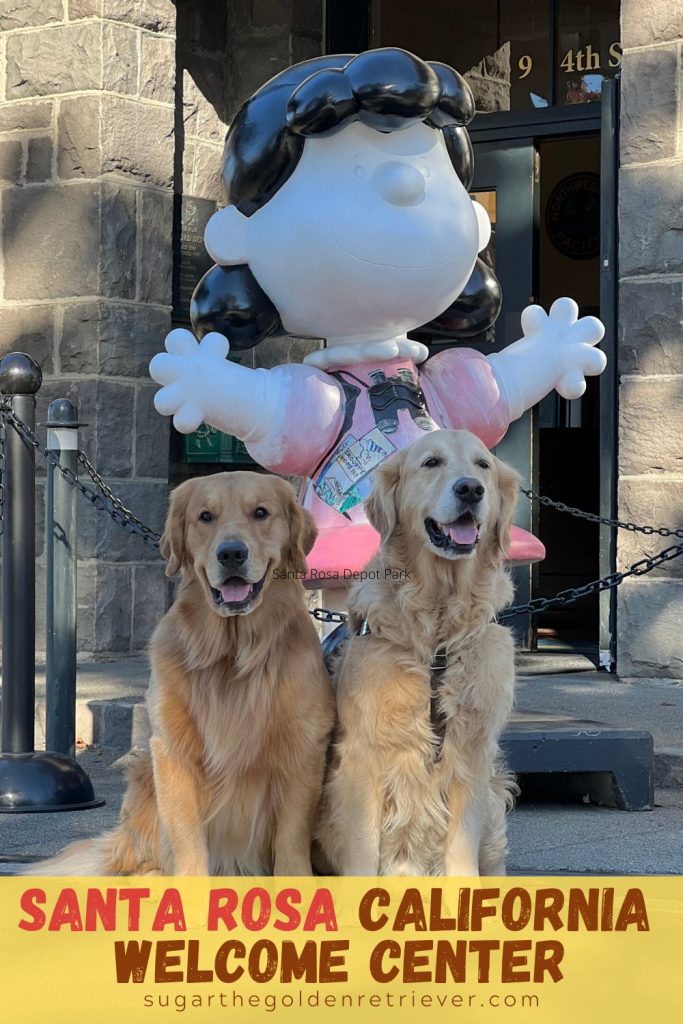 What does Lucy symbolize in Peanuts?

Lucy symbolizes a lot of things in Peanuts. For one, she’s the resident know-it-all. She’s always spouting off advice, whether anyone wants to hear it or not.

Lucy is also the self-appointed “boss” of the group. She’s always telling everyone what to do, and she’s not afraid to use her fists to make her point. But despite all her flaws, Lucy is also a loyal friend. She’s always there for her friends, even if they don’t always appreciate her help. 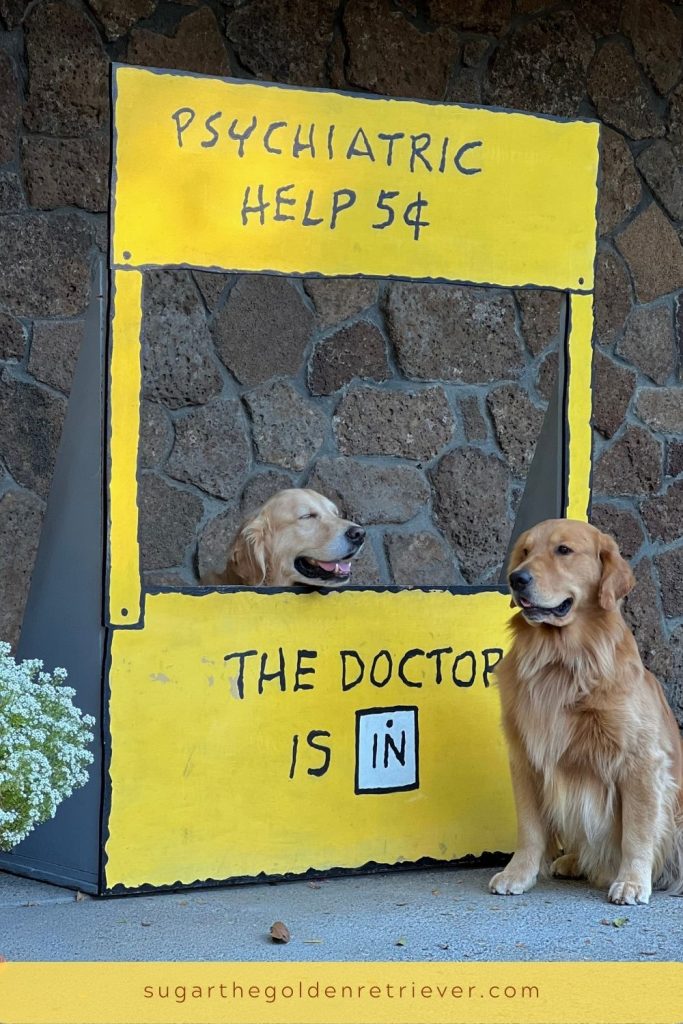 What is Lucy’s psychiatry booth in Peanuts?

Lucy’s psychiatry booth in the Peanuts comic strip is a small wooden structure with a sign that reads “The Doctor Is In”. Lucy sits inside the booth and advises anyone who deposits a nickel in the slot.

Lucy’s advice is always humorous and ironic, often with a punchline that lampoons the person seeking advice.

The booth is a running gag in the strip and has been used as a source of humor for over 50 years. It was first introduced in 1959 and has been a staple of the comic ever since.

Lucy is always ready to dispense her wisdom, no matter how nonsensical it may be. The booth is a great source of comedy and has been used to satirize everything.

Lucy’s psychiatry booth is a symbol of her desire to be helpful, even if her advice is not always useful. It is also a reminder that we all need someone to talk to, even if we don’t always have the answers.

Charles M. Schulz Museum Is A Must Visit at Santa Rosa, CA

If you plan to visit California, specifically Northern California, add to your itinerary to see the Charles M. Schulz Museum in Santa Rosa, CA.

Just keep in mind if you are traveling with your dog, the museum is not dog friendly and only explore the grounds of the Schulz Museum. 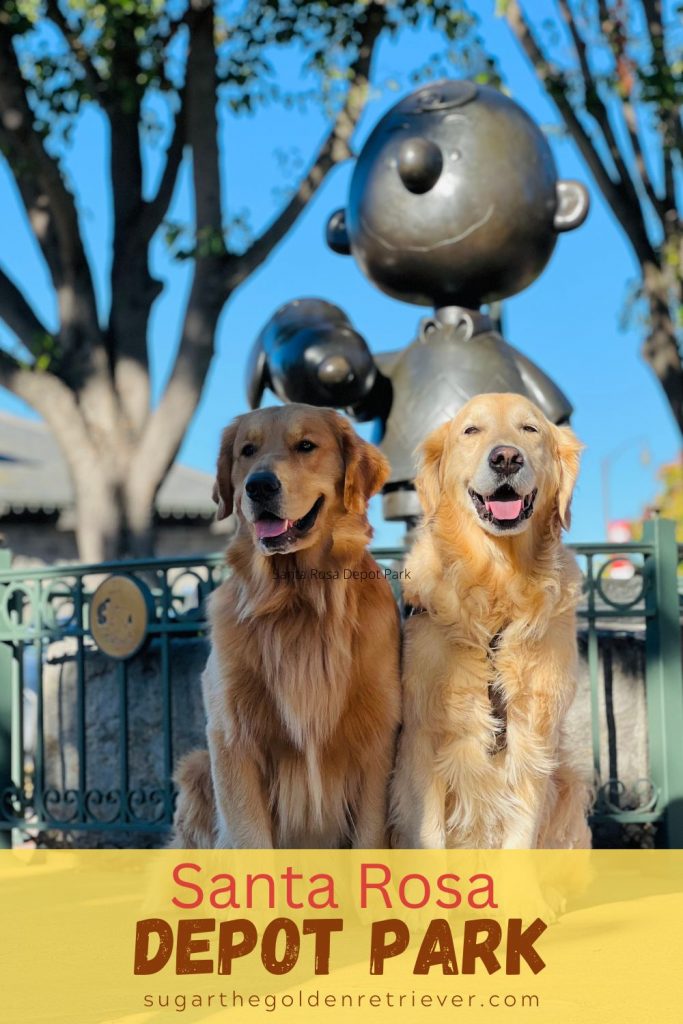 You can explore Santa Rosa’s Historic Railroad Square (Santa Rosa Depot Park) with your dog and see more of the Peanuts gang sculptures. We hope to come back again and see all these Peanuts sculptures.

“Try not to have a good time…this was supposed to be educational.” -Charles M. Schulz

This site uses Akismet to reduce spam. Learn how your comment data is processed.