You are here: Home / Archives for Chicago Architecture

Last Sunday, we spent the day in the city of Chicago. We live in the suburbs so its always a fun adventure going to the city. Chicago is a dog-friendly city. The main purpose of our trip was to go on an architecture canine cruise with the Mercury Cruiseline. 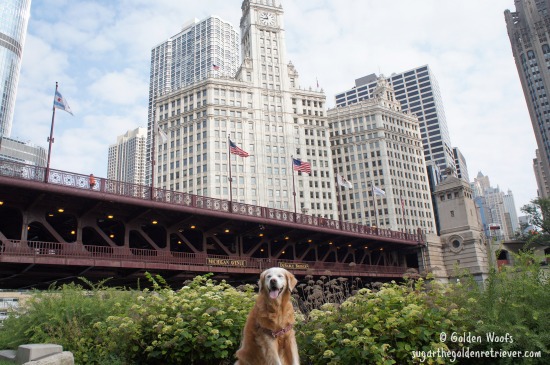 Chicago is a city that has distinct architectural style and draws many travelers. Once we got out of the parking garage, we could not help to notice the huge TRUMP sign on the Trump International Hotel & Tower Chicago. 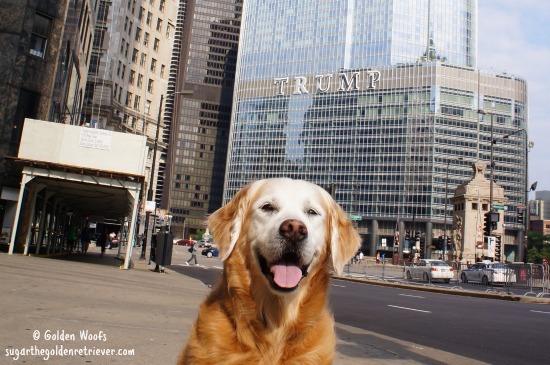 Many Chicagoans disapproved of this sign causing it to be a controversial issue.
The sign is huge and can been seen everywhere …
While waiting for our cruise to board, we could see the sign. 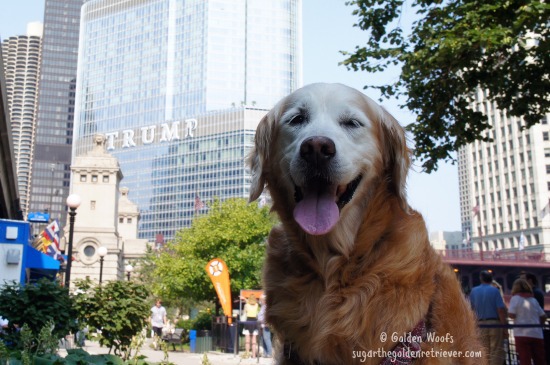 The TRUMP sign  is eye-catching, especially to all the visitors of the city.
The sign created an additional attraction to Chicago’s architecture.
What do you think? 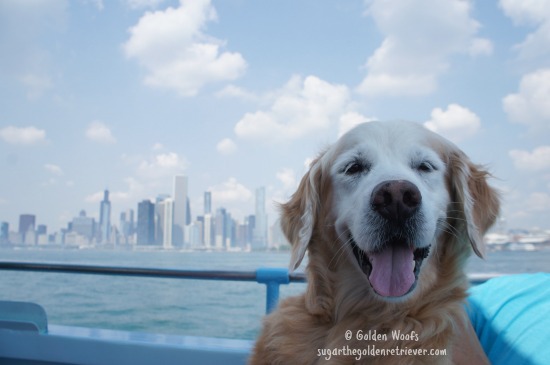 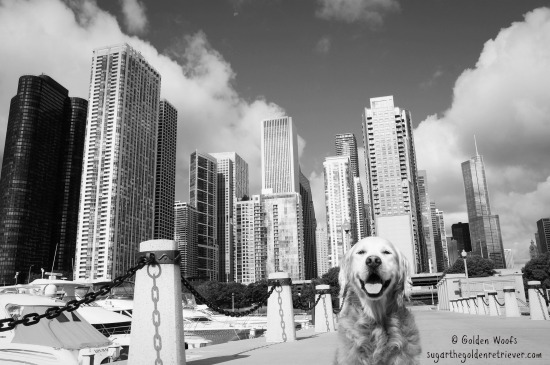 Today, we are spending the day in the city.
We are going on a canine cruise with  Mercury Chicago’s Skyline Cruiseline.
We invite you to check out our last year cruise and video blog post: Take Your Dog On A Boat: Chicago Canine Cruise 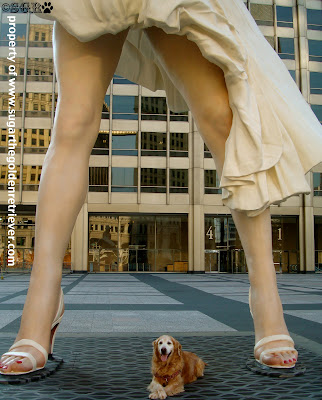 I’m back in the City of Chicago, at the Mag Mile.
Sitting under a giant, larger-than-life sculpture of Marilyn Monroe. 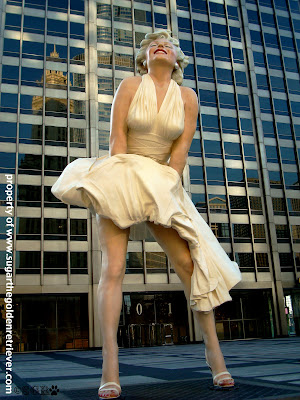 Forever Marilyn
It is a 26 foot sculpture of Marilyn Monroe.
It is made of steel and aluminum.
It recreates the pose made famous in the movie,
The Seven Year Itch in which Marilyn Monroe
stands over a NY subway grate, while the breeze blows her skirt around.
Seward Johnson is the creator of Forever Marilyn sculpture. The construction of the sculpture wasn’t easy. 22,000 pounds of weight need to be added to the grate to counter balance the weight of the skirt. 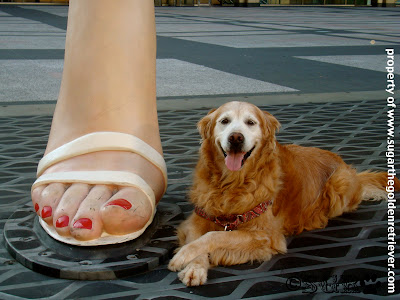 Marilyn Monroe’s sculpture is enormous.
Just check out her feet … it is as long as me.
The sculpture is also designed where visitors can walk completely around it and go underneath … and look right up Miss Monroe’s skirt.
You have to wait till Wordless Wednesday
to see what’s behind/under Forever Marilyn’s sculpture. 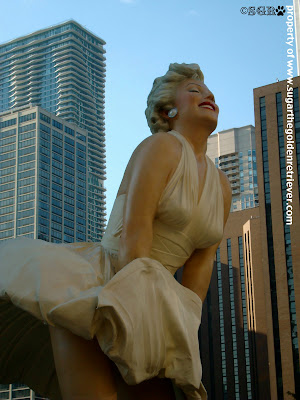 The Forever Marilyn’s sculpture definitely gets people talking and thinking. Many local Chicagoans have mixed reactions, On the other hand, many enjoy it, particularly the visitors/tourists. For sure, it will be the most photographed attraction in Chicago’s Mag Mile. This larger-than-life Marilyn’s sculpture is slated to stay up until spring 2012.
Lots of Golden Woofs, 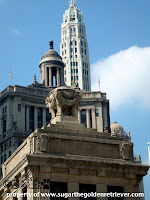 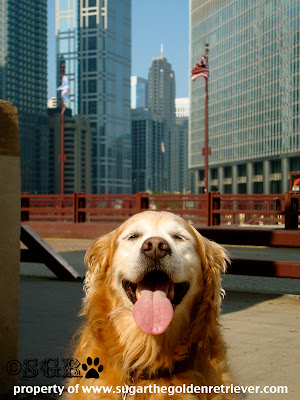 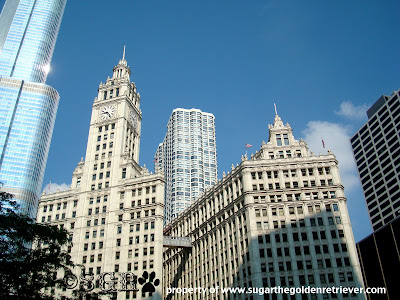 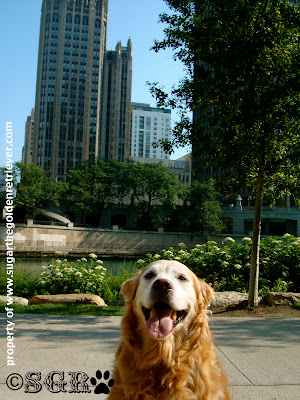 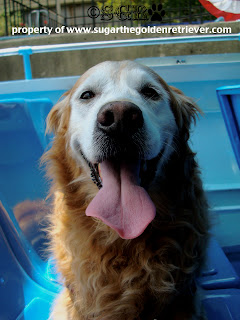 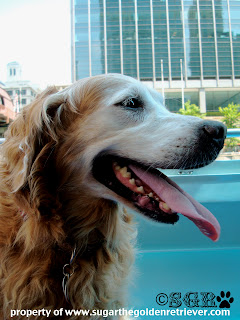 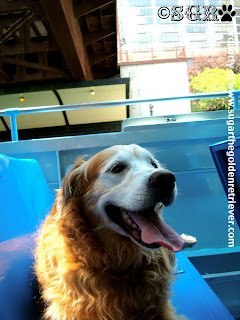 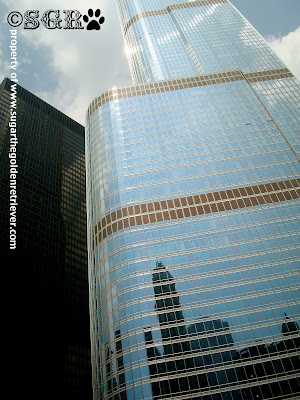 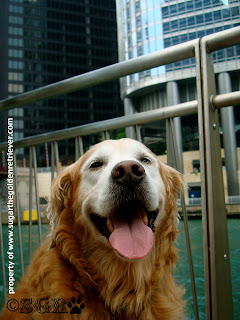 - Some posts & photos on this blog contain Affiliate Links, which means that if you click on the product link Golden Woofs may earn a small commission (but no cost for you).-
-Copyright Information- GoldenWoofs.com : SugarTheGoldenRetriever.com
All Golden Woofs : Sugar The Golden Retriever images and words copyrighted 2008-2020 by Golden Woofs : Sugar The Golden Retriever owner, unless otherwise credited.
Written permission is required to reproduce any images or words in either partial form or its entirety.