You are here: Home / Archives for Frosty Paws For Dogs

Most store bought ice cream is not dog friendly. Also, some dogs are lactose intolerant and should never have ice cream. However, dogs can eat ice cream. Dog Approved DOG Ice Cream is easy to make at home using one main ingredient; frozen bananas. 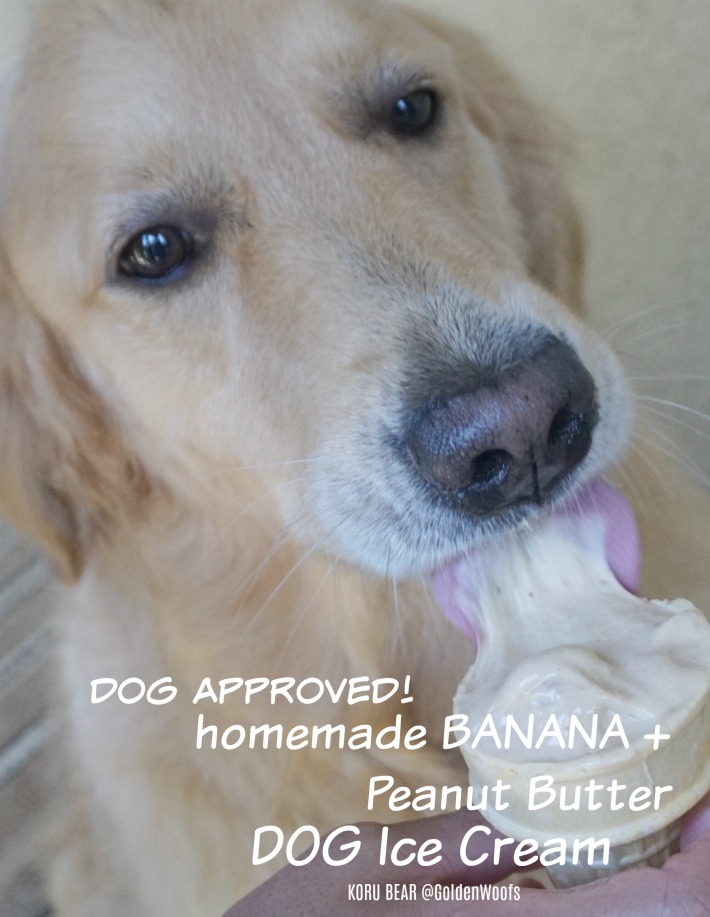 The secret for a creamy DOG Ice Cream is to use brown spotted bananas. Before freezing, cut the bananas into small pieces. Freeze the bananas for 2-3 hours or overnight. Then, place the frozen bananas in a blender. When it’s creamy add the peanut butter. The consistency is like a gelato. Golden Delish! 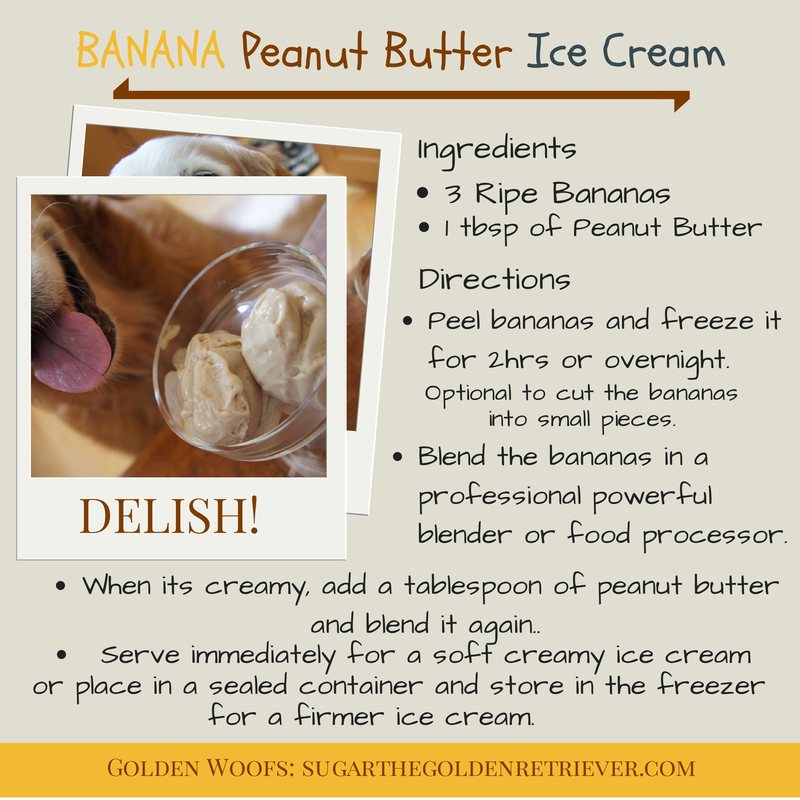 For a firmer ice cream, you can store in the freezer for an hour and serve in a bowl with fresh bananas.

Dogs can eat ice cream. Give this recipe a try and you may also want to make these dog friendly ice cream: Banana Strawberry Ice Cream and Banana Blueberry Ice Cream

Sharing 25 of our Most Popular Frozen Dog Treats 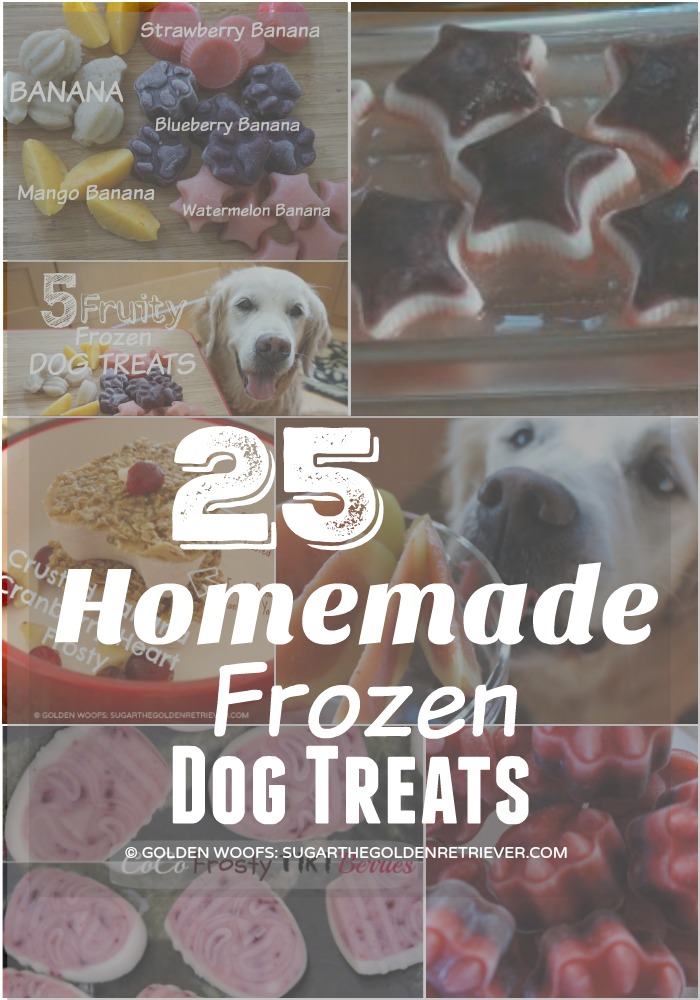 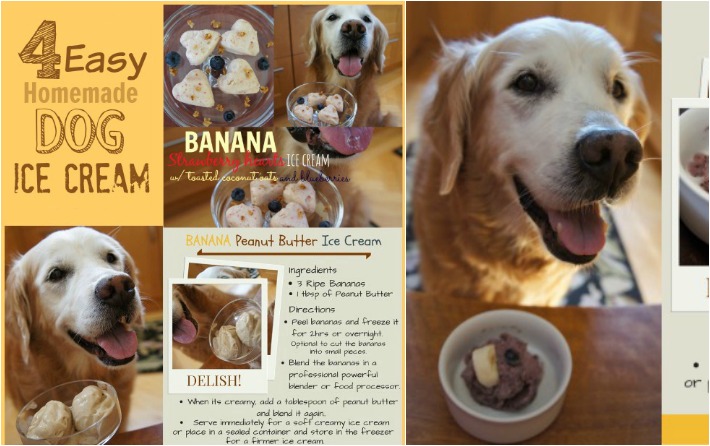 Making frosty dog treats for your dog is easy. Frosty dog treats are typically made with yogurt and juice fruit. To make frosty dog treats, I use assorted molds. One of my favorite molds is from
KONG Easy Freeze Kit Frozen Dog Treats. At the farmers market, we got some locally grown strawberries and blueberries. These berries inspired me to make Kong Shaped Frosty Berries Dog Treats 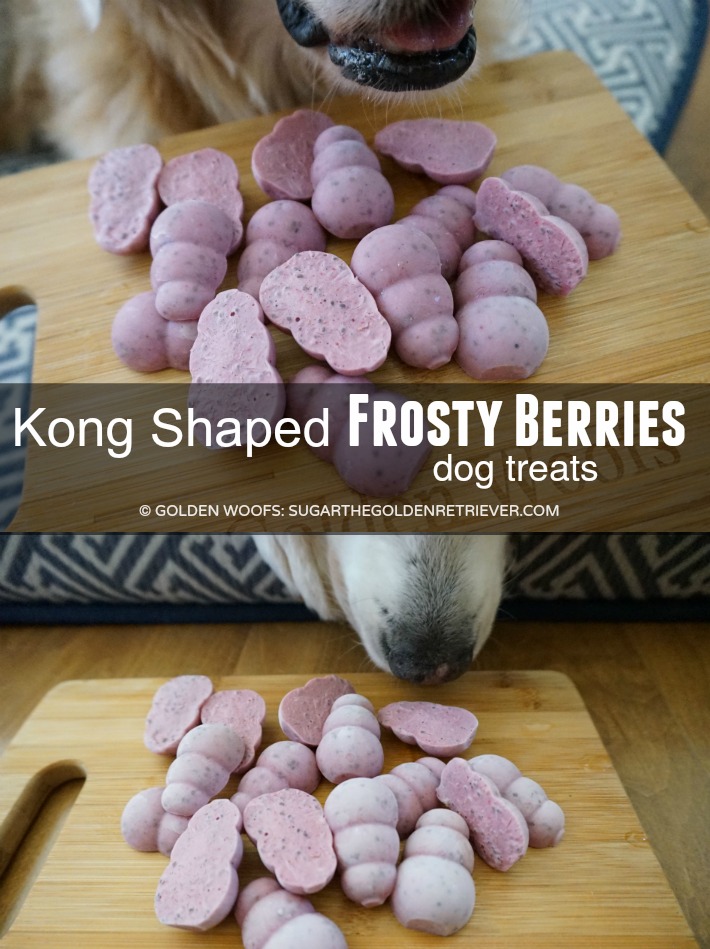 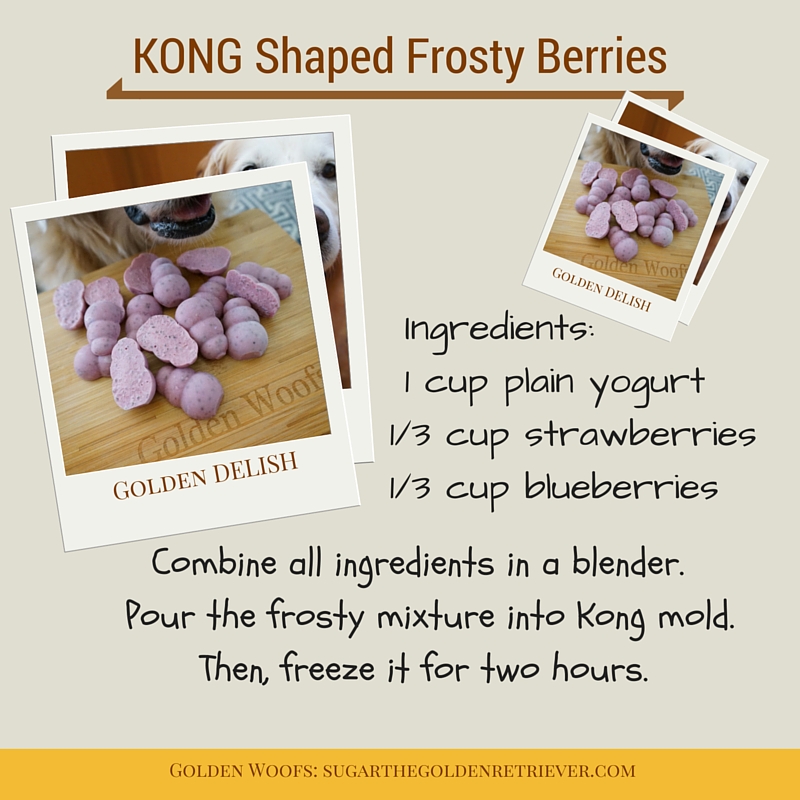 Combine all ingredients in a blender.
Pour the frosty mixture into Kong mold. Then, freeze it for two hours.

These frosty berries dog treats are pawfect treats to have after our morning walk.
Simple frosty treats you can make for your dog and for yourself.

Sugar loves watermelon. Did you know? Watermelon is commonly considered a fruit but it is actually a vegetable and a member of the cucumber family.

Did you know? In 2012, 29.1 million Americans had diabetes. Approximately 1.25 million American children and adults have type 1 diabetes. In 2010, Diabetes was the 7th leading cause of death. Healthy eating is important especially to those who have diabetes.

Diabetes isn’t just a human disease; dogs (and cats) get it too. I was told that 1 out of 100 dogs around the age of 12 years of old has diabetes. Female dogs are more likely to develop diabetes than males dogs. Unfortunately, I found out that there’s no cure for a diabetic pet. However, it is treatable and with the proper care a diabetic pet can live a happy, healthy and active life. 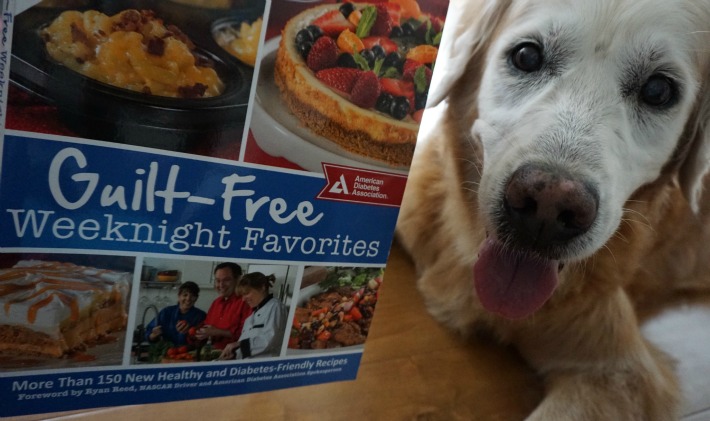 There are many delicious easy to follow recipes I plan to try. I found a dog-friendly watermelon smoothie recipe and a pawfect drink after our morning run. 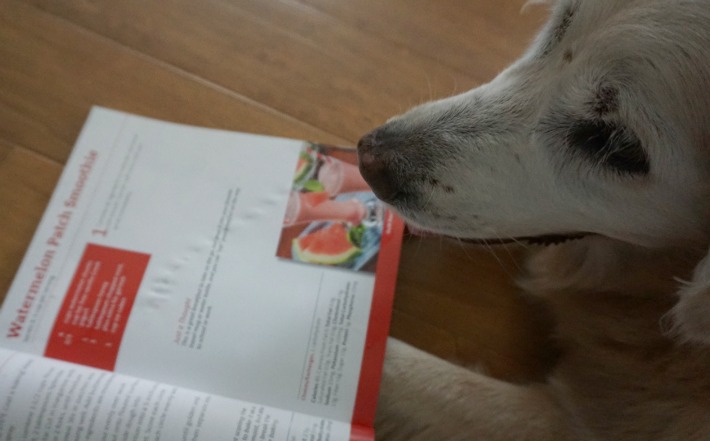 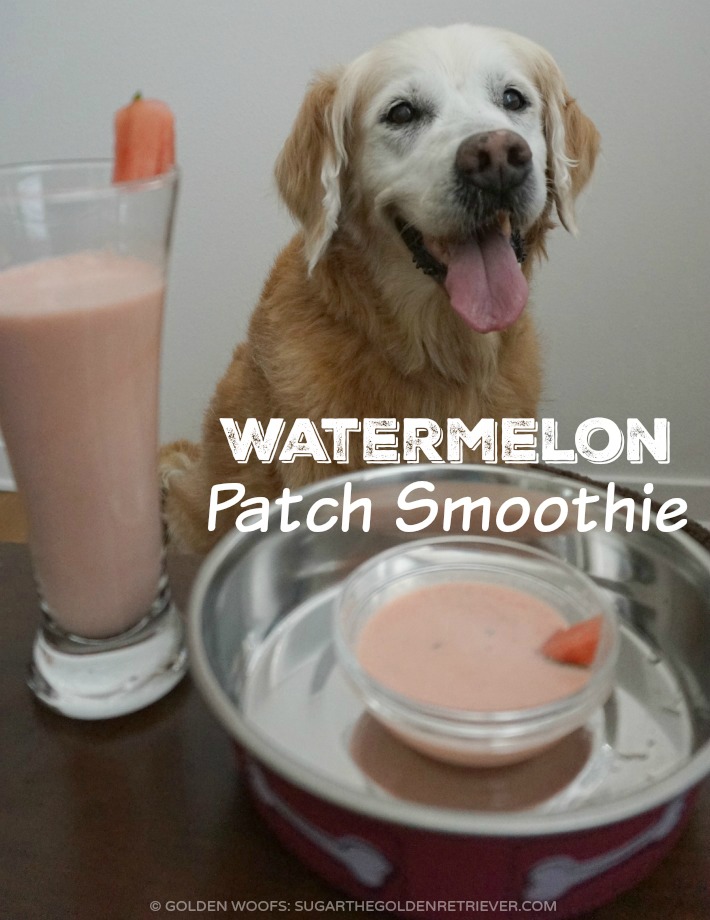 Combine all ingredients in a blender and blend until smooth.
Serves 4, 1 cup per serving 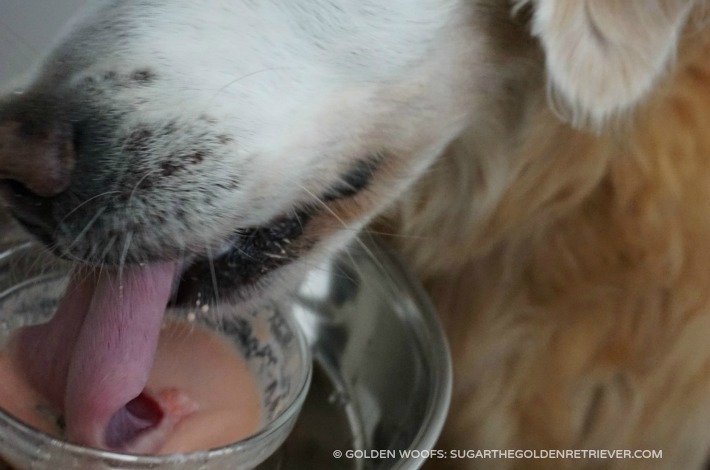 Lots of Golden Thanks to American Diabetes Association

Hot temperatures continue to linger. I made Sugar a quick frosty dog treats made with blueberries, watermelon, and Greek yogurt. I used a star ice cube mold to create these frosty dog treats. 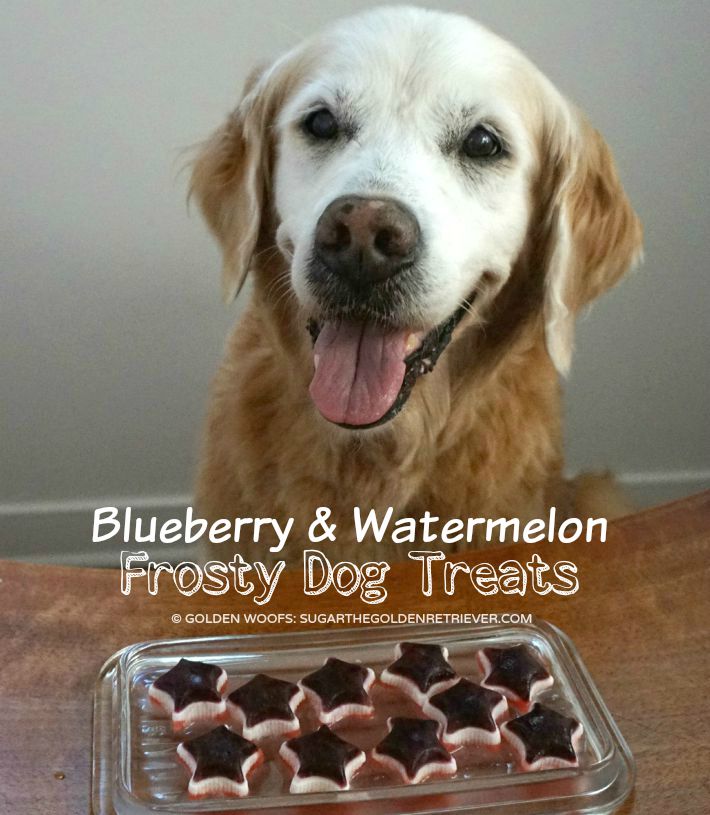 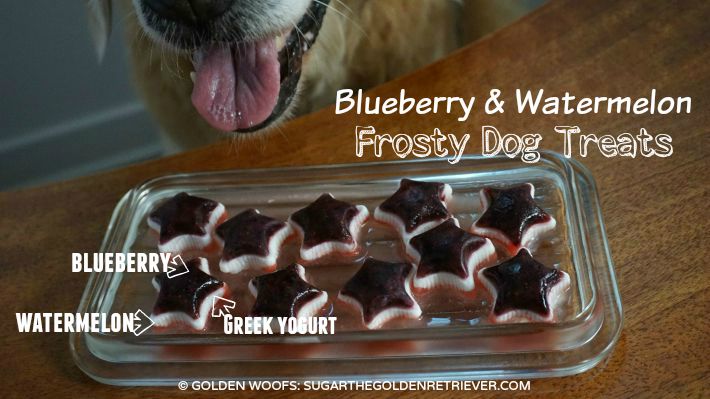