You are here: Home / Archives for Oprah's Organic FARM

Thompson Road is a one-lane road in Keokea, (Kula) Maui Hawaii.
It is one of our favorite places to go for a walk. 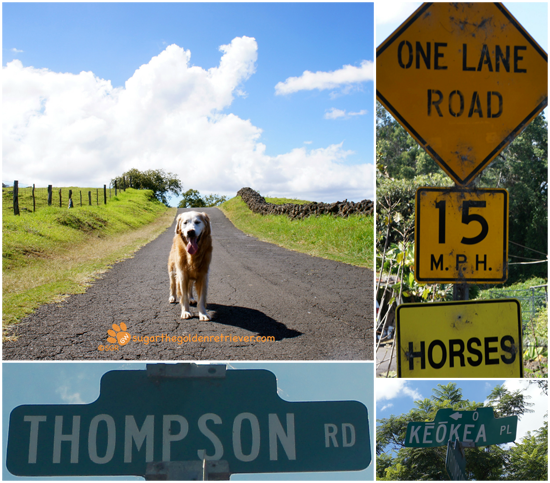 Many say Thompson Road is like going back to old Hawaii.
This is one of the reasons why are walks are always Peaceful and Serene. 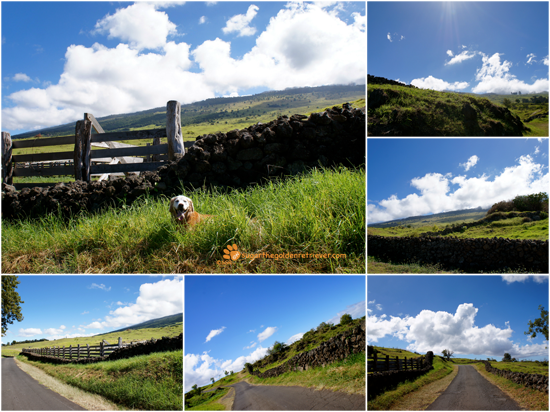 It feels like you are walking under the clouds.
We are always amazed on how the sky is so blue.
Walking downhill is my favorite and Lots of Golden Fun.
I love when the sun shines on my face with the cool wind.

This is not my first time to blog about Thompson Road.
Last April, I posted a photo of me behind Oprah’s estate, which is located on Thompson Road.
Click Here if you missed reading that post. 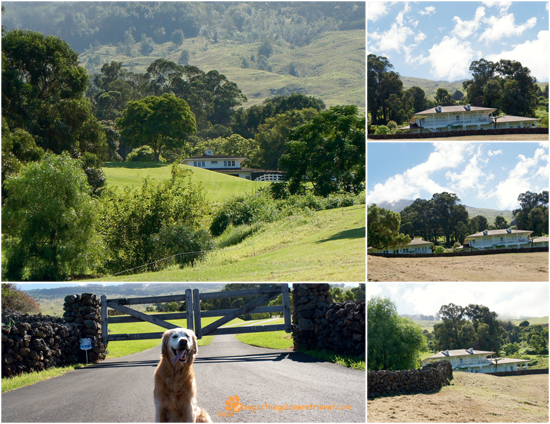 What’s the story behind Thompson Road and in relation to Oprah’s Estate?

For many years, Thompson Road led you to the Thompson Ranch owned by Charlie Thompson. Charlie Thompson was a cowboy, born in Kealakekua to a Hawaiian woman and a German tanner. He moved to Maui in 1902, where he married, and outlived, three Hawaiian wives and many children. After he died at 90 years old in 1969. The 500 acres of his own property went to his wives, 400 acres were sold immediately and 100 acres went to his last wife. After her death it was distributed among her children and 50 acres were sold. On of the children Jerry acquired the last 50 acres with the ranch house.

Jerry tried to maintain and keep up the ranch but due to inheritance taxes (1.3M) he was forced to sell the ranch house (and moved to the last 30 acres of his father’s land). A couple who bought it created a Bed n Breakfast called Silver Cloud Ranch.

However, Oprah had great interest on the land and the Bed n Breakfast and bought it from them. Meanwhile,  Jerry still owns the last 30 acres and kept the trail rides but that wasn’t enough to make ends meet. A realtor approached Jerry and informed him of a buyer which he described as “This person has more money than God.” Oprah paid Jerry for the last of his father’s land. It is sad but life goes on with Jerry and his family. With the money, they were able to purchase a land. They build a home and re-establish Thompson Ranch (even though it is on Polipoi Road).

What are Oprah’s plans with the Thompson Ranch? For years, she did extensive renovation of the 12 bedroom  B&B. There were reports that she plans to open a high end  B&B for her friends and wealthy customers who would like to experience Maui countryside living. Oprah also built a house behind the B&B. Click Here to read all about it.

Oprah has always great intentions on what she does. This year, April 2012 she created an LCC for Oprah’s Farm. It was confirmed this week by NY post that Oprah is definitely going to start growing & selling organic produce in Maui, Oprah’s Farm/ Oprah’s Organics/Oprah’s Harvest. Where? Unsure since she own many properties on Maui. However, upcountry(Kula, Maui) farming is a optimal choice due to the soil and weather. We just hope the local farmers will not be affected by Oprah’s new endeavors in organic farming. Also, Oprah plans to open a road that connects from Upcountry to the South end of the island. A road that’s only intended for her use. We are are not sure if this is a good idea. It will be unfair. Also, if she allows the public to use it, the serenity of Upcountry Maui will be ruined. We also hope that she would not rename the Thompson Road to Oprah Road. There’s much history behind Thompson Road and keeping the name makes it just right.

Lately, during our walks many workers go in and out of Oprah’s Kula Maui’s estate.
Oprah literally turns everything she touches into Gold.
Kula is a Hawaiian word that means gold.

As always, my mom can not contain herself from taking photos of flowers. 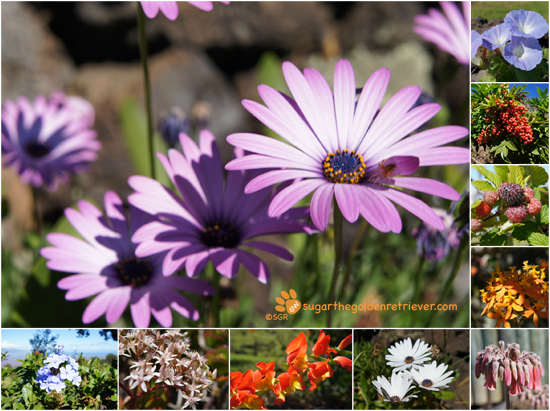 It’s amazing how these beautiful flowers grow and survive in this rugged environment.
You might not see these flowers as you drive by or walk on Thompson Road because they grow in such inconspicuous ground/space. 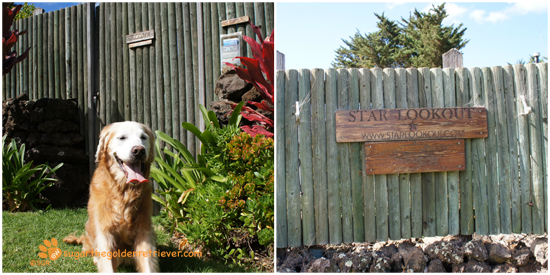 If you plan to visit Maui, Hi and have plans to stay upcountry.
A very quaint property on Thompson Road called Star Lookout is a great place to stay. 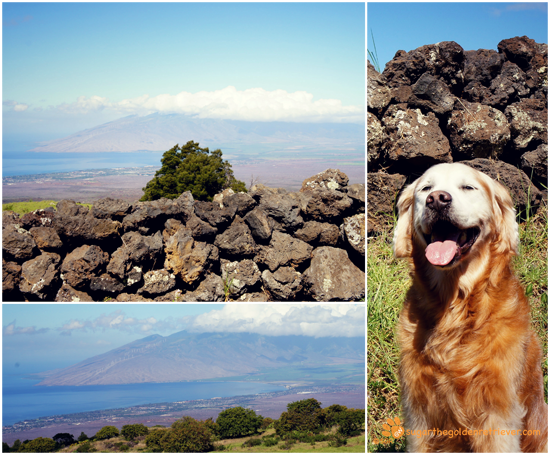 Definitely, you’ll have a majestic stay and experience country living.
You’ll see the sweeping panoramic views of Maui.
Witness the amazing sunrise from Haleakala and breathtaking sunsets.
After the sun goes down, you’ll see more stars than you ever knew existed with twinkling lights tracing the coastlines and towns below.

Thompson Road is bordered on each side by historical lava rock walls.
There are multiple stories about of strength and power of these walls.
The basic structure was formation of rocks piled on top of each other.
These walls have endured many years of Maui micro-climates and still stand strong. 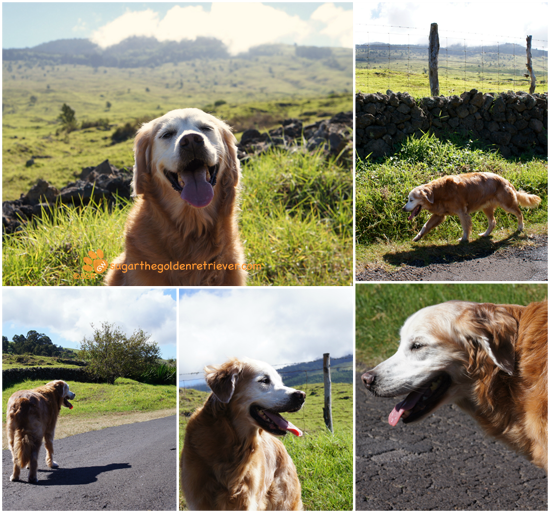 I always have a Golden Walks every time I’m on Thompson Road.
LOVE the off leash walking of 2.5 miles.
I’ve met many courteous dogs during our walks and one of them is a Golden dog.
After our walk, we usually go to Grandma’s, a family owned restaurant
famous for their coffee, baked goods and  breakfast meals.
Mom loves their almond coconut banana bread.

Everyone wants the very best for their pets. Icelandic+ products are a delicious and nutritious dog treat that pets love the most. 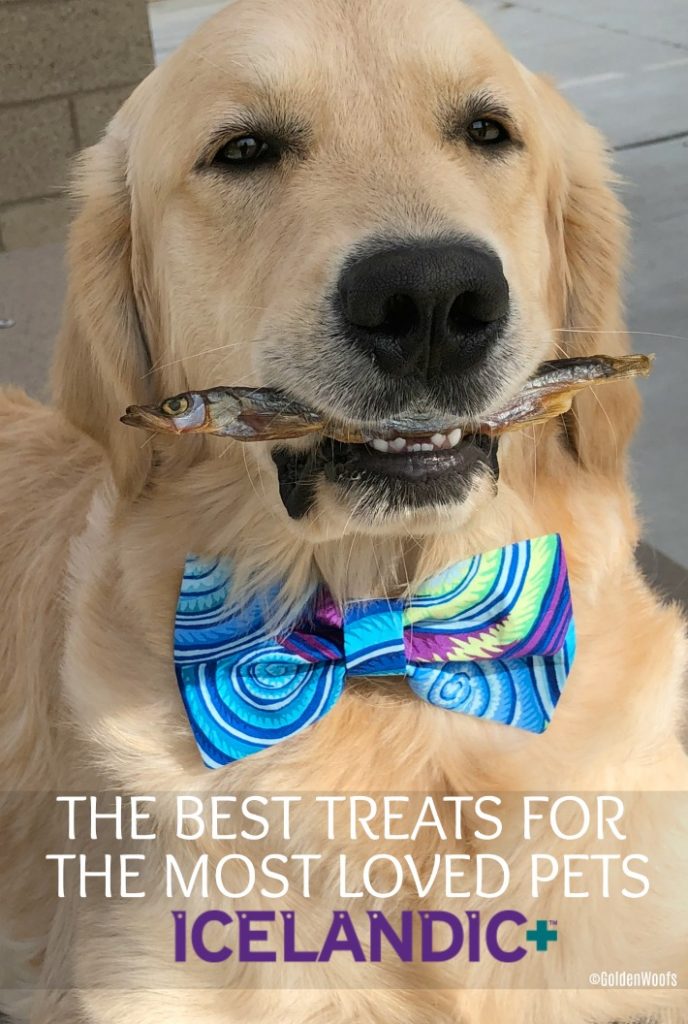 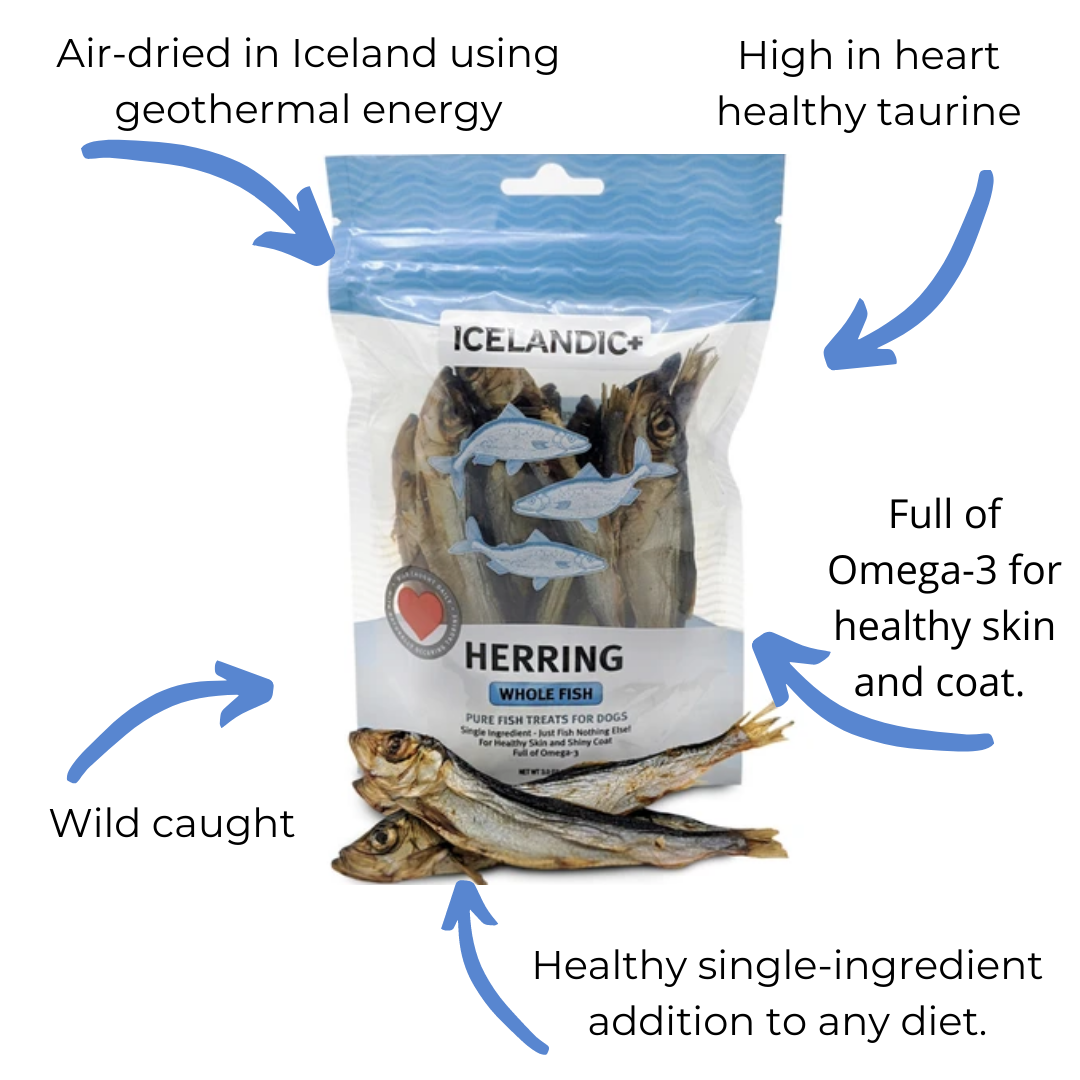