You are here: Home / Archives for UDog
You guys might be wondering beside winning June Top UDog what other goodies I received. My mom finally went to the city and picked it up. Here it is. Woof! Woof! 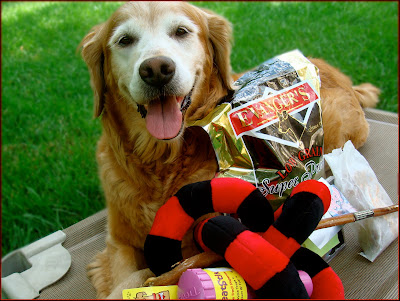 Someone must have known that I LOVE Yummy goodies.
I got a bag of gourmet doggy cookies,
a bag of whitefish and potato from Evanger ( a local IL dog food manufacturer),
and my favorite treat a no-odor Moo Bully Stick.
I also got a huge artful pull toy and a treat stick.
All the goodies are courtesy of Parker’s Pet, a pet boutique located in Chicago, IL. I’ll be visting their shop soon because they provided me a gift certificate. Lastly, I received a DVD of my video commercial.
My mom can finally delete all the recordings she made.
Lots of Golden Thanks to Parker’s Pet, WCIU The U, and
to all of you who supported me to win June Top UDog.
Lots of Golden Woofs, 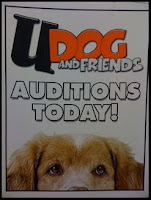 ME, Sugar the Golden Retriever on TV!
Last week, mom and I received an email invitation to audition for a TV dog promo for WCIU-The U, an independent television station located in Chicago.
Is this my ticket to be a star in Hollywood?

I always enjoy a FUN adventure so I accepted the invitation. 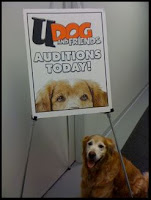 We finally got to the studio after an hour of driving. We were greeted by a nice guy named John. There were several dogs waiting for their turn. I had some extra delish treats as I waited patiently for my turn. Mom also brushed my fur which was delightful and felt great under my chin.
Do I look like the dog on the poster ad?
What do you think?
Finally, it’s my turn … A nice lady, Karen, assisted me to the studio film room.
I also met Chas the cameraman. Here they are … 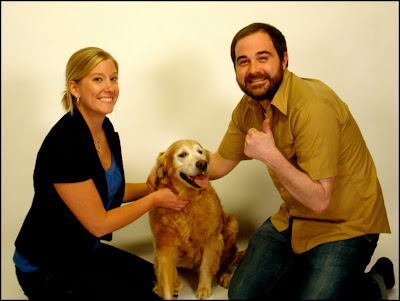 Karen directed me to do three doggie moves …
1) To SIT, 2) To Lay DOWN and 3) Walk Across.
Lots of Golden Thanks for such a pleasurable time. 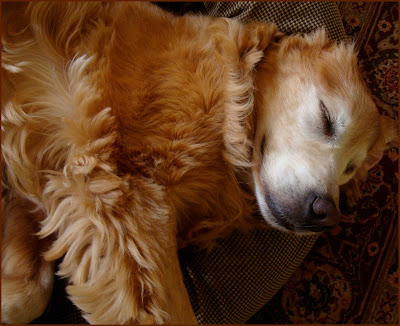 I was super exhausted when I got home.
I skipped dinner and went right to bed.
Lots of Golden Woofs,