You are here: Home / Archives for Hawaiin Fruit

One of our Maui grown fruit is the Maui Gold Pineapple.
WHY? it is simply super sweet (I mean sweeter than any pineapple brand).
It is juicer, less acidic and TASTY!
It is great to eat as is and/or as a compliment for any meal. 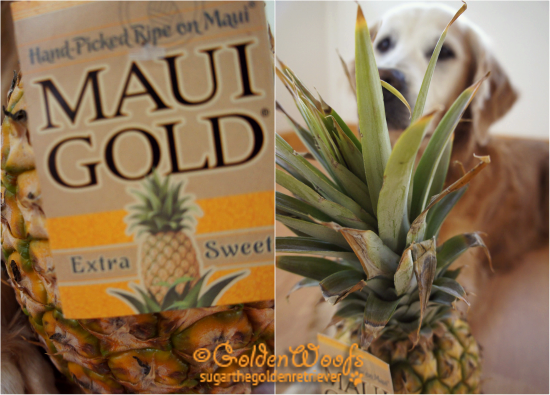 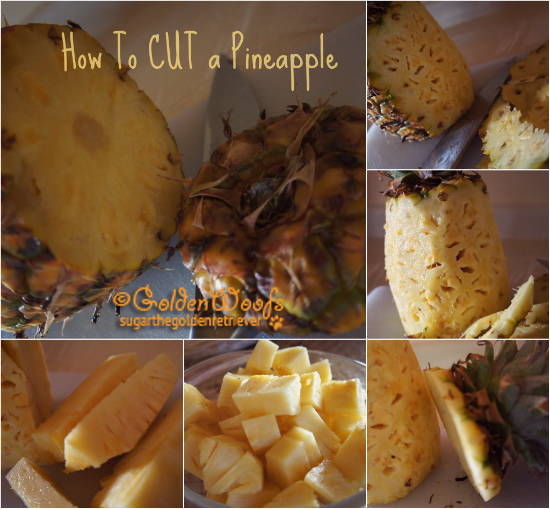 6) *Optional: Depending on how you cut the skin-off, you might see some divits left. You can use the end of a peeler to scoop it out. *
7) We prefer cutting the pineapple into wedges and chunks. Cut the pineapple in half then into quarter sections (lengthwise).
*If you have not done the 6) and if there are any divits that you have not cut off, this is another opportunity for you to remove.*
8) Place the quarter section of the pineapple core side up. Slice the core by cutting lengthwise just under the core. *The core is easily distinguishable from the edible fruit. The core is lighter in color and fibrous in texture.*
Repeat with remaining quarters.
9) Once all the core has been removed, cut the pineapple into desired chuck sizes.
10) Pineapple can be served chilled or room temperature. ENJOY! 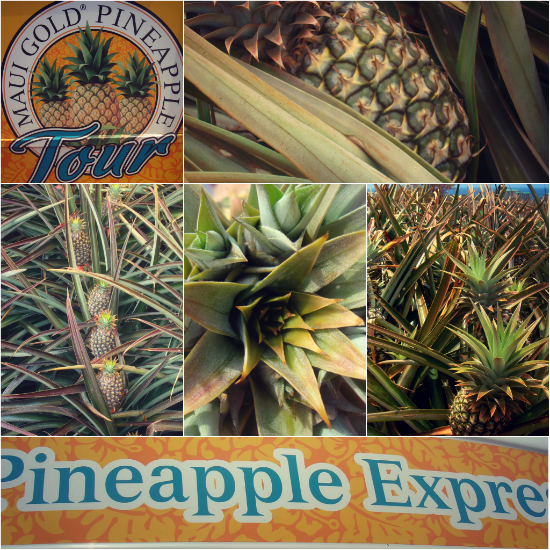 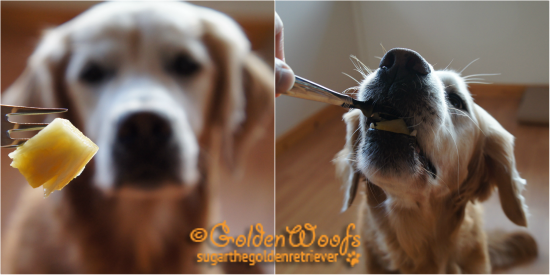 Rambutan is also known as “hairy lychee”, a fruit native to Southeast Asia.
The Hawaiian climate is ideal for a Rambutan tree to grow.
The fruit name Rambutan was derived from the Malay word “rambut” which means “hairy.”
It is in season from September through March. 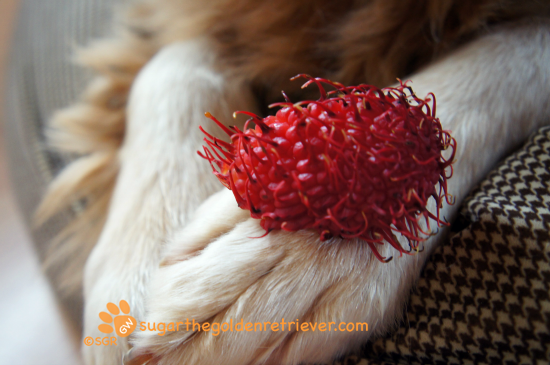 In Hawaiian, Rambutan is sometimes called as the “Hula Berry”. WHY?
When the top half of the skin is removed, the bottom half resembles a “hula skirt.” 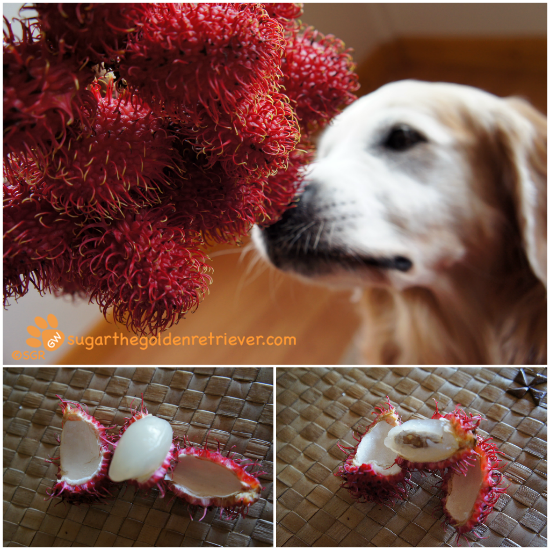 A Rambutan is shaped like an egg. It weights less than a pound
with red skin adorned with soft spines.
To open it, you have to squeeze then peel it.  My mom says it is easy.
Once it is open you’ll see a sweet, delicious, opaque white flesh with a single seed inside.
I’ve tasted a lychee before and Rambutan sure taste the same.
It is refreshingly sweet and super juicy (one reason you have to be careful when squeeze and peel it).

What are the uses and preparation for Rambutans?

1) Eat it as is (of course not swallowing the seed).
My mom has to do the peeling and getting rid of the seed in order for me to taste. it.

2) Many uses the fruit as food embellishment
especially the bottom half known as the “hula skirt”.

3) Well someone got another idea … what do you think? 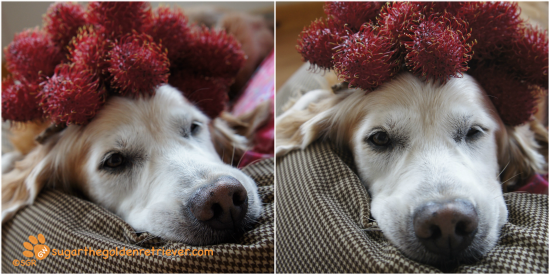 Many Golden Thanks to everyone who participated our Tasty Tuesday this year, 2012.
Golden Appreciate on sharing your Delish! Tasty Treats.
This will be our last Tasty Tuesday post for the year 2012.
We will return on January 8th, 2013.

We Got Grapefruit …
it’s not quite ready but soon. 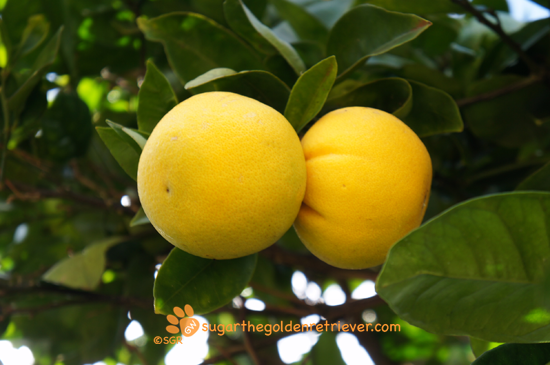 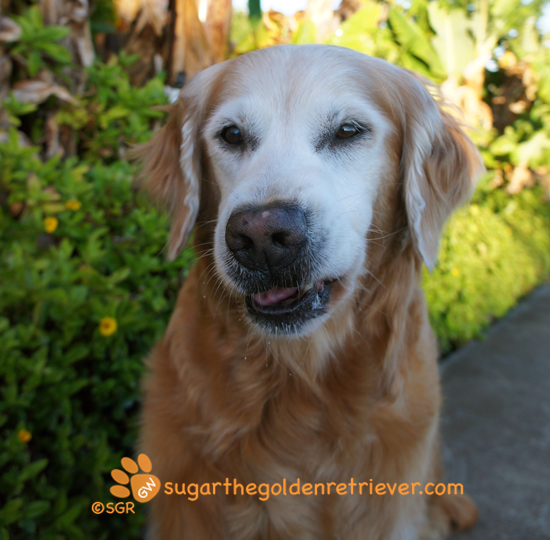 I had some papaya before but not from Hawaii. Mom says this is sweeter. 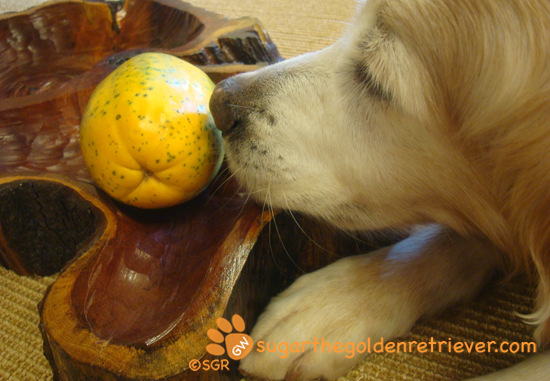 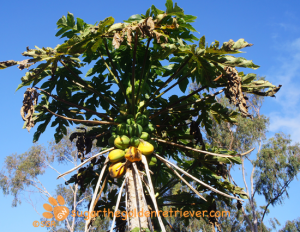 Papaya tree is very common here in Hawaii. Many have a papaya tree on their front and back yard. It is a large tree with a single stem that can grow up to 16 – 33 feet tall. It’s leaves are spirally arranged that is confined mainly on the top of the trunk. The leaves can grow up to 20-28 inches. The papaya fruit is ripe when it feels soft and the skin changed to a yellow orange color.

There are 2 kinds of Papaya
1) The Rainbow Papaya is a bright yellow orange.
2) The Sunred Papaya is a pink fleshed papaya.

Papaya fruit is sweet and high in Vitamin C.
The skin and seeds are not edible. 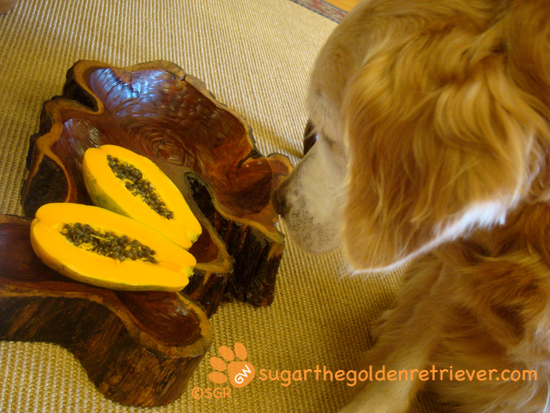 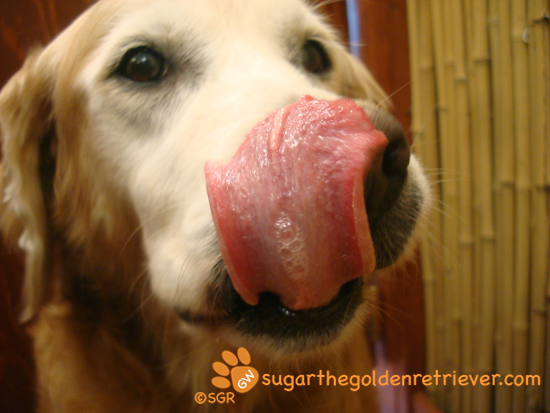 For the past weeks, I’ve been watching the banana trees on our property. 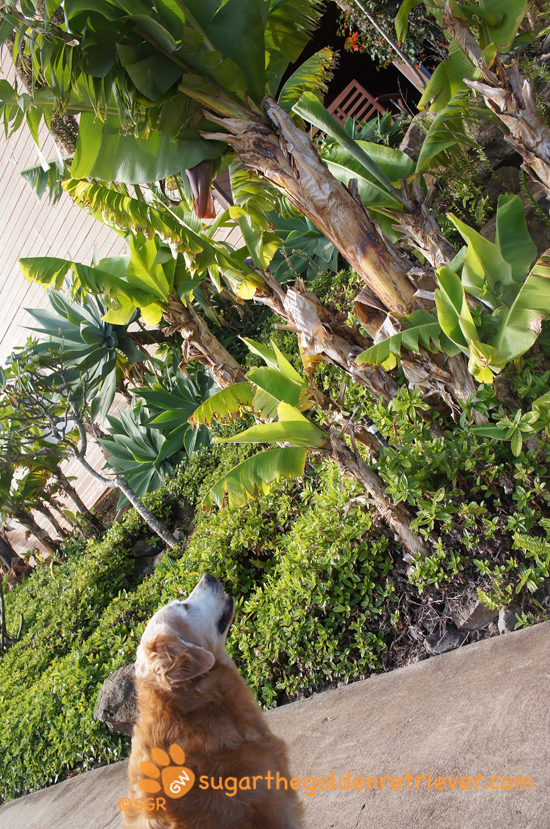 First, it started to have a flower. 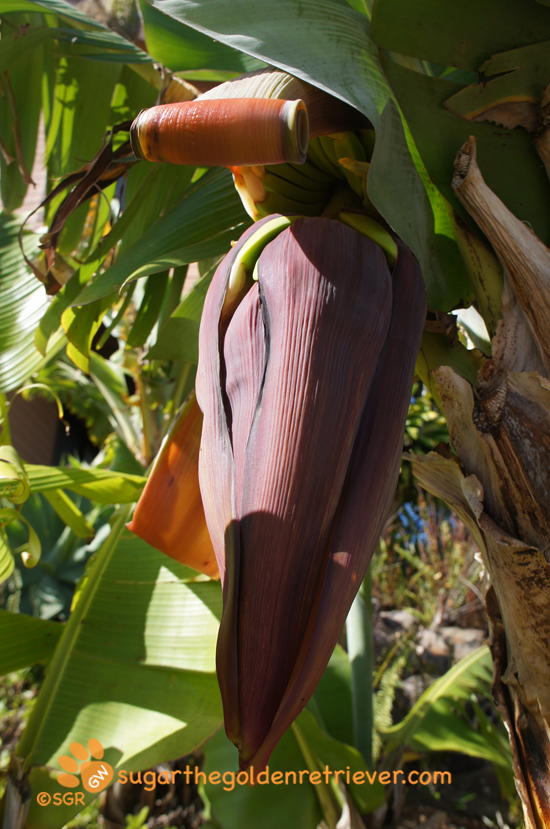 Then, the bananas appear and curl up towards the light. 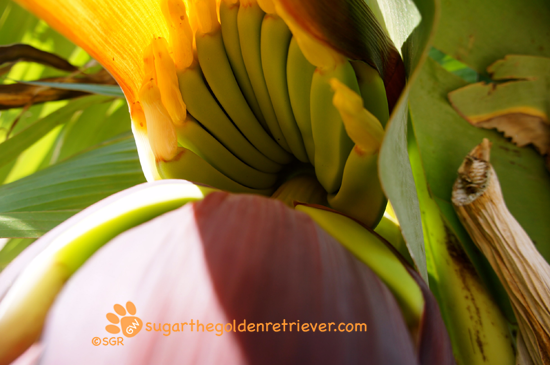 Most recently, it turns into a bunch of bananas. 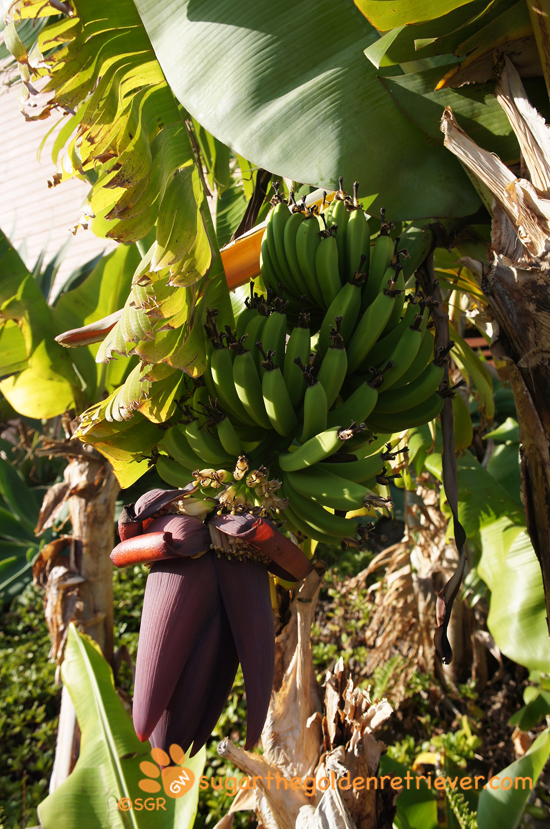 Mmmmm, It’s not ready to pick …
We have 3 banana trees having bunch of bananas.
I can’t wait … 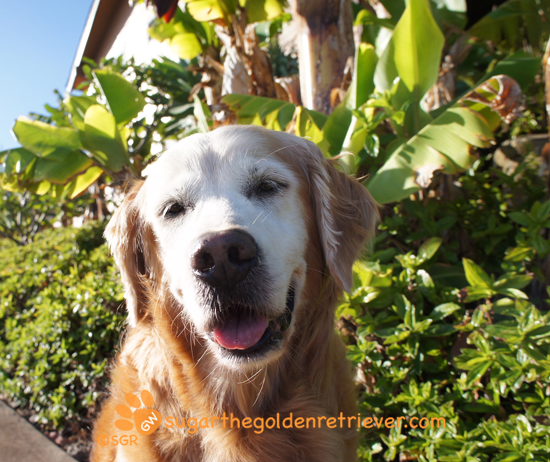 Definitely Tuesdays Just Got Tastier.
This is a Blog Hop I am Co-hosting with my doggie pal Kol.
Click Here to for more information and rules of the Hop.