For my 12th BarkDay weekend celebration, I went to the city. First stop, a short meet-up with my blog friends Dolly The Doxie and Rocco, To Dogs With Love. They cruised the city via the Canine Cruise, which I rode in 3 weeks ago. For a meet-up (even though it’s short), a group photo shoot is a must … 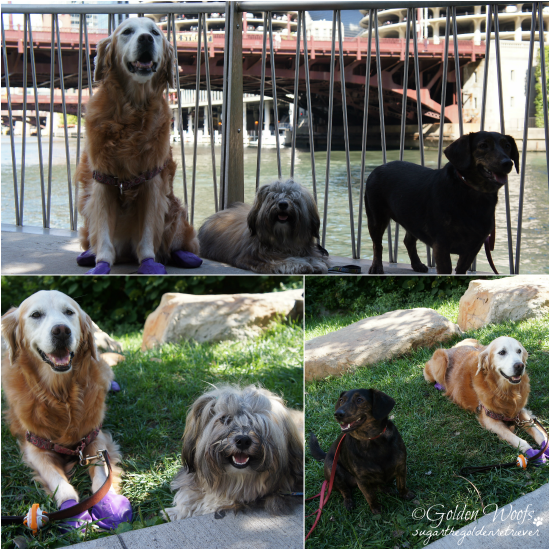 Then, we headed to Navy Pier … took a scenic walk via Michigan Avenue and North Side of the Chicago Riverwalk. 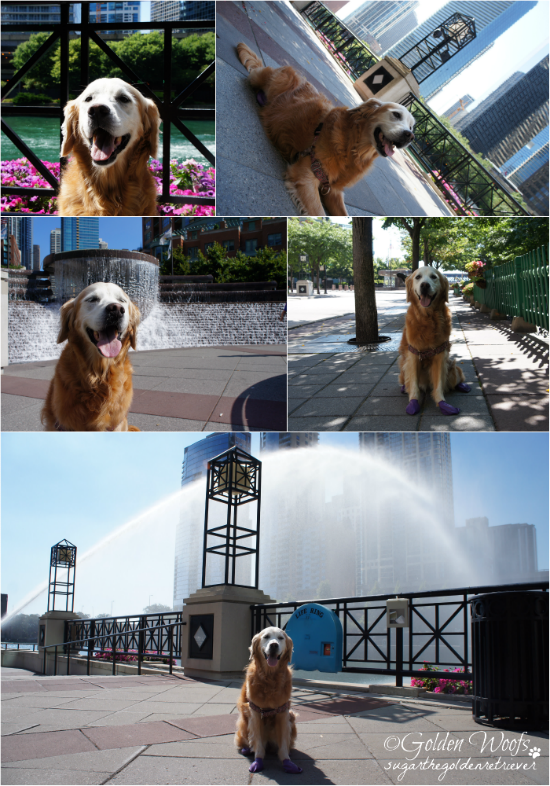 Navy Pier is considered a Chicago tourist attraction.
Navy Pier is a 3,330 foot long pier on the Chicago shoreline of Lake Michigan.
One of the main attraction in Navy Pier is an eye catching 148ft high Ferris Wheel, modeled after the 1st Ferris Wheel built for the 1893 World Columbian exposition.

Other attractions are the boats (touring the city), The Tall Ship were in town when we visited. 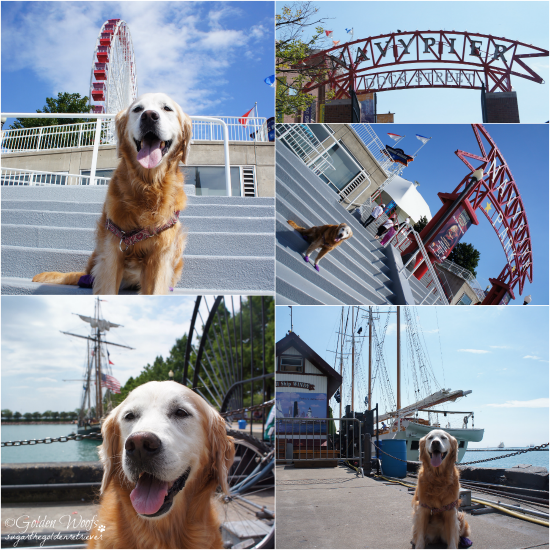 Is Navy Pier dog friendly?
Yes, dogs are allowed to be on the walking paths and outdoor seating at the food court. The only restaurant that welcomes dogs is Harry Carry’s Tavern, where we dined.

While mom had a DELISH Tilapia sandwich I had some Power Bones Zuke’s Treats. Harry Carry’s Tavern has an extensive menu and known for its large portions. It is own by many local Chicago and Hollywood celebrities. It is named after a famous baseball Chicago CUBS broadcaster, Harry Carey who is well known for his words, Holy COW! 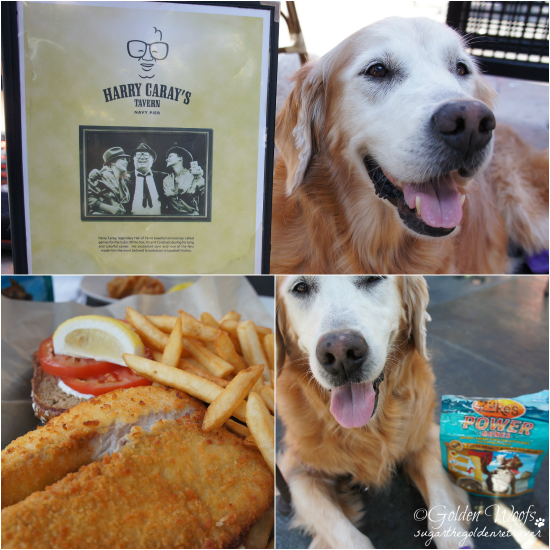 If you are a visitor of the city, you can access Navy Pier via bus, cab, or water taxi via Shoreline. We decided to take the water taxi back where we meet-up with Rocco. It was a short FUN ride. The fee for an adult is cheaper than a taxi ride. What’s so great is … dogs ride for free. 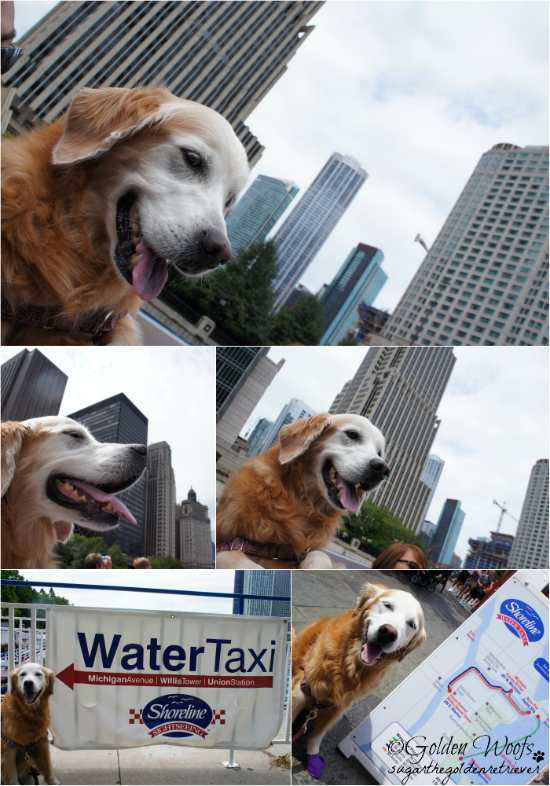 We met up with Rocco, mom and aunt. They joined us for a water taxi ride back to Navy Pier. We did lots of FUN photos with Rocco (for sure, they will soon be posting some photos). We walked n walked n walked … finally rested while our moms had Italian Ice. 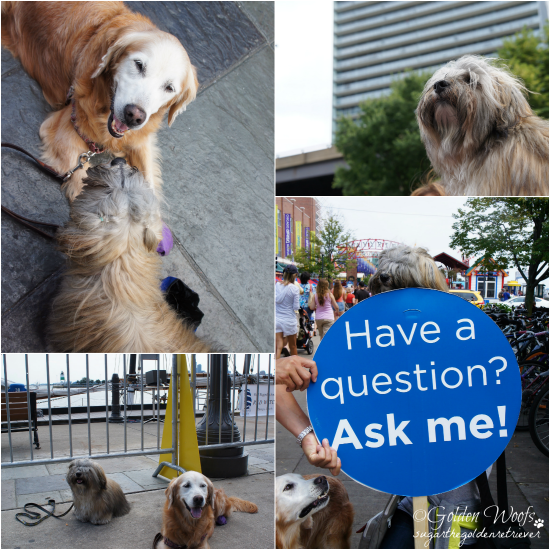 Joining this post to FitDog Friday Hop,
hosted by SlimDoggy, To Dogs With Love and Peggy’s Pet Place.