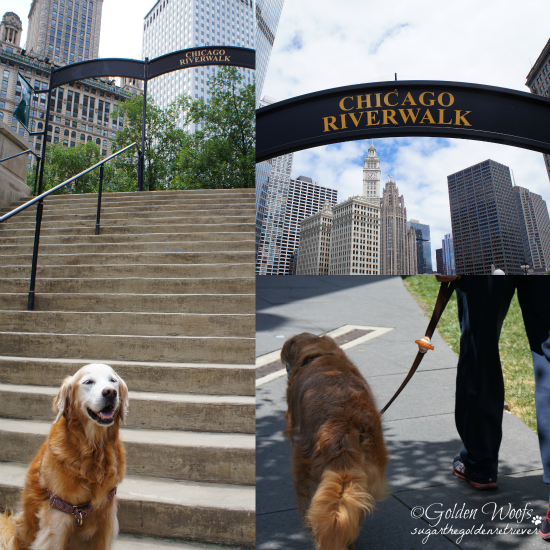 We walked about 1 1/2 mile and had many stops for photos. Here they are … 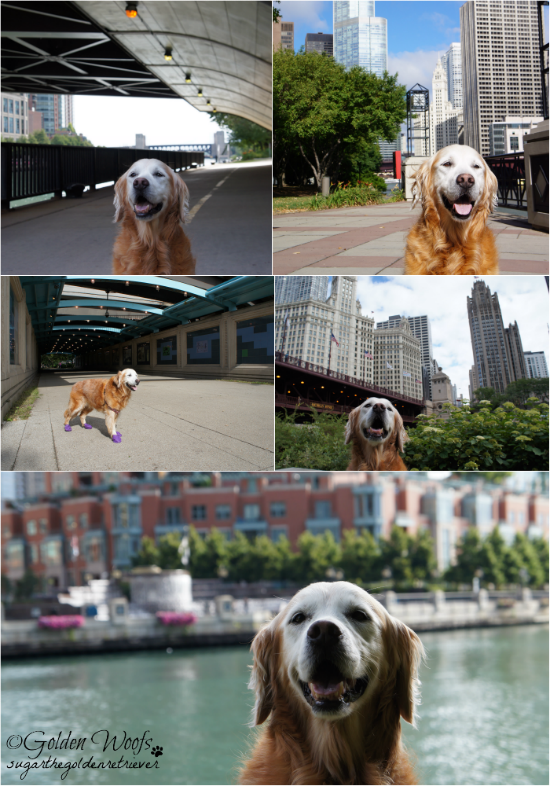 When we walked there were many joggers and pet owners walking their dogs.
The Chicago Riverwalk is dog friendly. There are poop bag stations and covered trash bins.
It is clean and we did not see any litter on the path.
It was good to witnessed that many dog owners are picking up their dog’s waste. 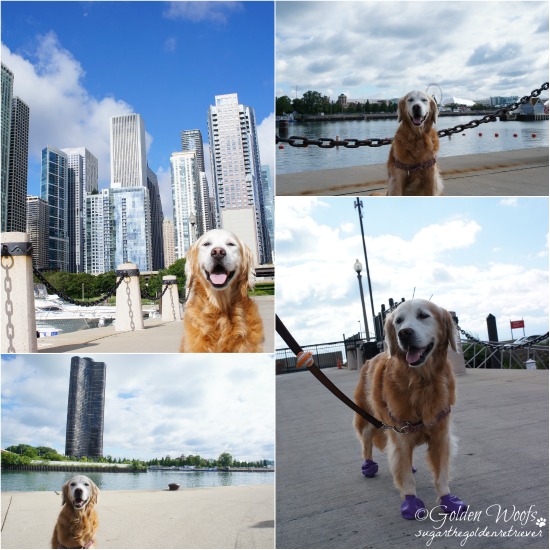 We got hungry from our walk and the boat ride. 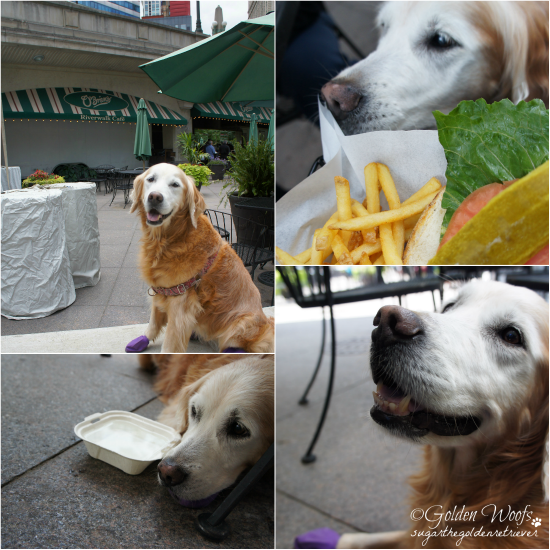 One of the restaurant, O’Briens, located at the Riverwalk is dog friendly.
I was served a bowl of cold bottled water and a tiny piece of mom’s french fries. 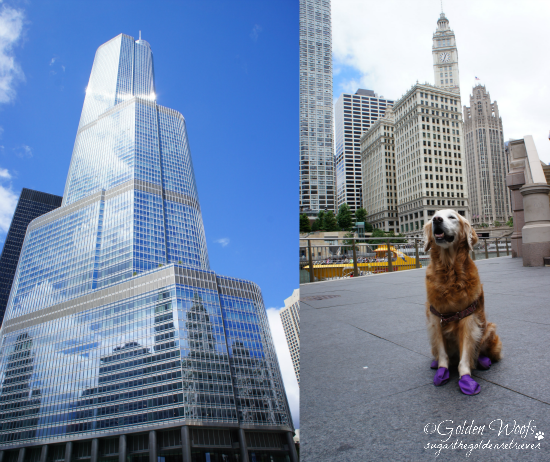 One of the buildings that is prominent on Chicago Skyline is the Trump Tower, building named after billionaire real estate developer Donald Trump. It is the 2nd tallest building in the Western Hemisphere, after another Chicago building, the Willis Tower (Sears Towers to the locals). Golden LOVE the reflection of Chicago River’s skyline on the Trump International Hotel and Tower. Mom said that she’ll take me to the dog-friendly Trump Tower.

Another expansion of the Riverwalk will take place soon under the guidance of the new mayor of Chicago Rahm Emanuel. The Chicago Riverwalk is definitely one popular walking path for both the locals and visitors of Chicago.

Hope you enjoyed another edition of Sugar’s Golden Tours, Chicago, IL
Click Here if you missed our post on the Chicago Canine Cruise