Have you noticed our new Golden Woofs Logo?
Missy Johnson from Art Board Co. did an awesome job creating our new logo.

Missy is a former pet blogger at Dogs For The Paws. She won the BlogPaws 2013 Best Blog Design. I love her work and connected with her to create the original Golden Woofs logo. Missy Johnson is truly an artist. I only provided her a photo of SUGAR, and she created an amazing logo and added a meaningful background design.

“You and SUGAR seem to go on a lot of outdoor adventures, and I really liked the idea of adding something natural (organic) into the logo layout. SUGAR being a girl, I liked the idea of something girly in the background. The contrast of her logo face with the flowing natural pattern behind her gave a soft touch to the look and was nice together.”
– Missy Johnson

After a year, for social media usage, I asked Missy to rework Golden Woofs logo into a round form. I liked the new logo ’round look’ that I decided to also use it for the blog. 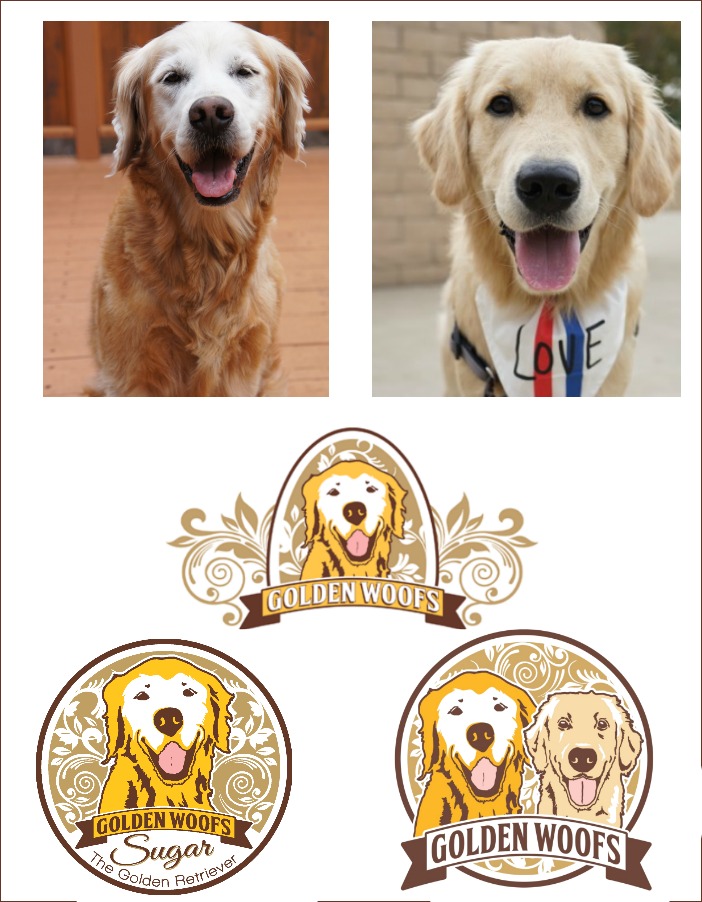 Since SUGAR was the inspiration of Golden Woofs, I was not planning to make any changes to our logo. However, I felt that our unexpected adoption of KORU BEAR needs to be celebrated. His name was inspired by the ‘swirl or spiral pattern” on our logo’s background design. From Wikipedia, “koru (Māori for “loop”) is a spiral shape based on the shape of a new unfurling silver fern frond and symbolizing new life, growth, strength, and peace.” I’ll be sharing more about KORU BEAR = New Life of Bear. To see KORU BEAR’s daily adventures, check out our social media channels: Facebook, Instagram, and Twitter. 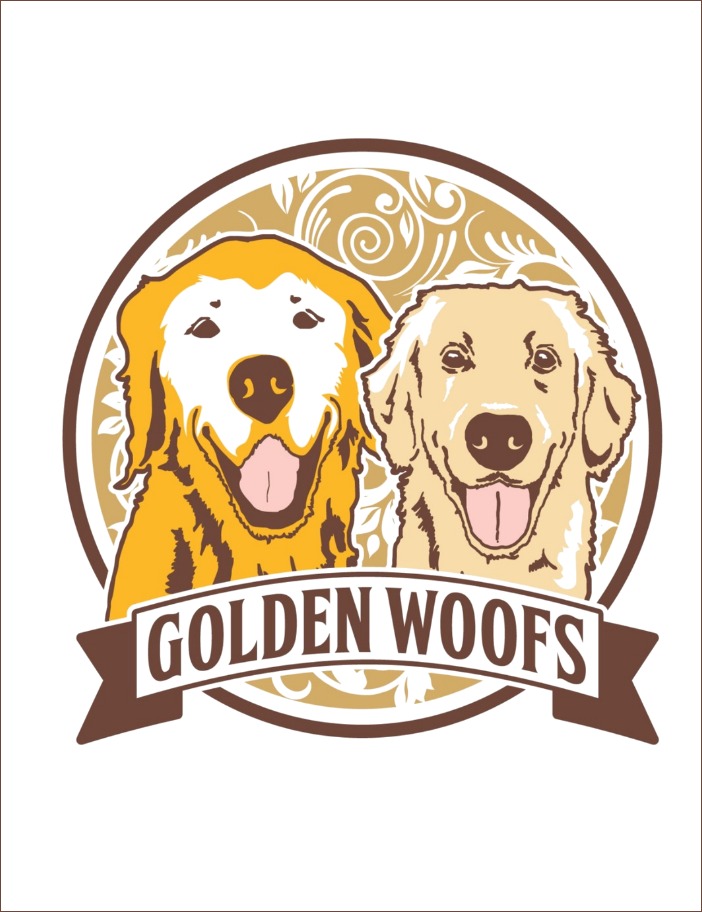 How do you like our new Golden Woofs logo?