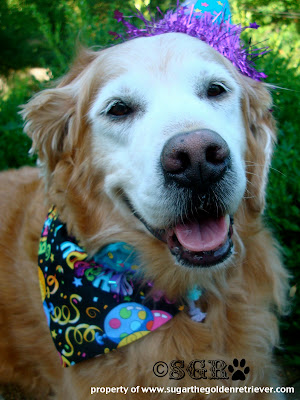 PAWSOME to be 10!
Golden Delight to share my ☺ H A P P Y Golden SMILE!☺
Happy Golden SMILE!
A sign of a Golden Life.
Priceless Golden SMILE!
Precious and Golden Extremely Worthwhile.
Yours to Enjoy and Pass It On … 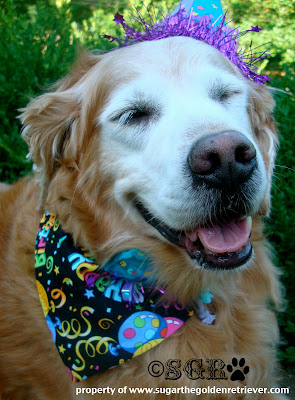 I‘m ready and excited to Pawty … below is the link tool.
If you did a post on your blog about my 10th Barkday,
add your blog on the link tool.
Since I’m hosting this event the main linky tool is only posted on my blog.
I’m inviting everyone to visit our doggy furfriends
☺SMILEY Happy Photo blog post.
ENJOY n SMILE!☺
Lots of Golden Woofs

SMILE☺
A SMILE can go along way.
It does not cost to SMILE.
SMILE is infectious.
Be A Carrier of SMILE.
Pass One On! SMILE☺ 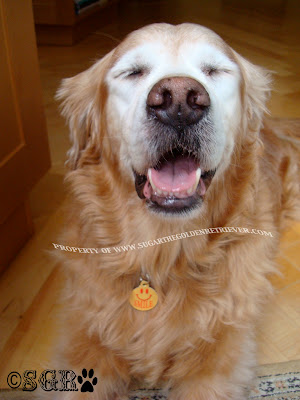 Don’t underestimate the power of SMILE☺
You have an opportunity to own this SMILE tag and some tasty treats.
Sugar’s Paw House is helping and participating to raise money for Apollo’s medical treatments. Visit Trixie, Lily and Sammy’s blog
for more information about Apollo’s Blogathon Raffle.
Happy Golden SMILES!
Lots of Golden Woofs,

I’m Back …
It’s cold. I plan to be indoors … sleeping on my comfy bed. 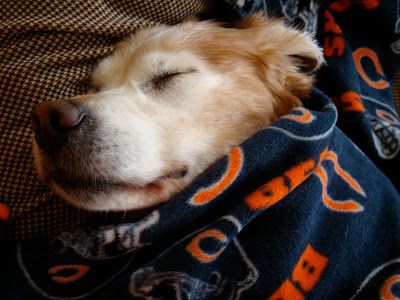 First Golden Woofs Shout Out to the Chicago Bears.
I wish I was able to watch the game and gave them some
Golden Cheers … and maybe they could have won.
Second Golden Woofs Shout Out to Toni and Bill.
T remendous Golden Thanks
O verwhelming gratitude for your TLC.
N ice to meet Sophie, Winston and Maynard.
I wish I can say … Golden Meows!
B ountiful Golden Naps n Treats were Golden High Points.
I mpeccable Golden Service, Indeed!
L avishing you both with Lots of Golden Kisses.
L ots of Golden Thanks and Woofs, Sugar
Yes, it was enjoyable spending a couple of days with 3 cats.
Lots of Golden Woofs, 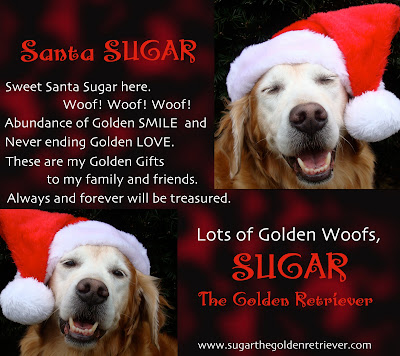 Santa SUGAR
S weet Santa Sugar here. Woof! Woof! Woof!
A bundance of Golden SMILE and
N ever ending Golden LOVE.
T hese are my Golden Gifts to my family and friends.
A lways and forever will be treasured. 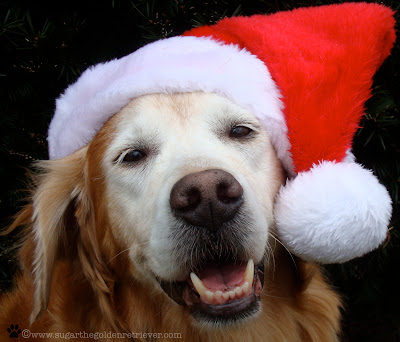 I LOVE Poems.
My bloggie friend Rudy is having a Holiday Doggy Poetry Giveaway.
I could not resist to submit 2 poems:
Golden Holiday SNOW (previous blog post) and Santa SUGAR.
Click Here to say hello to Rudy and check out his blog.
Rudy is male black/tan Goldador (Golden/Lab mix).
Rudy is in training to be a guide dog for the blind.
Lots of Golden Woofs, 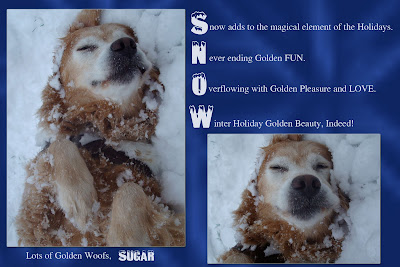 Snow adds to the magical element of the Holidays. 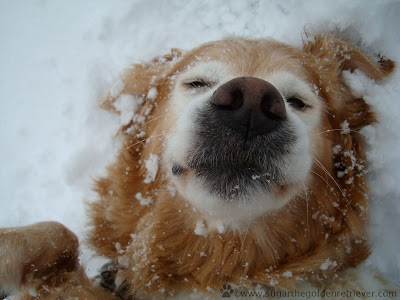 Planned to have a relaxing weekend indoors.
But can’t resist some Golden SNOW Fun. 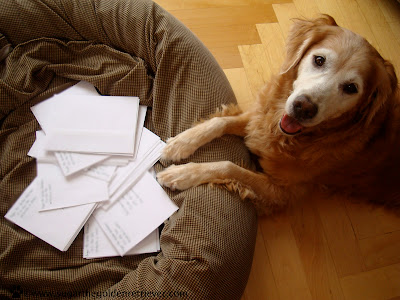 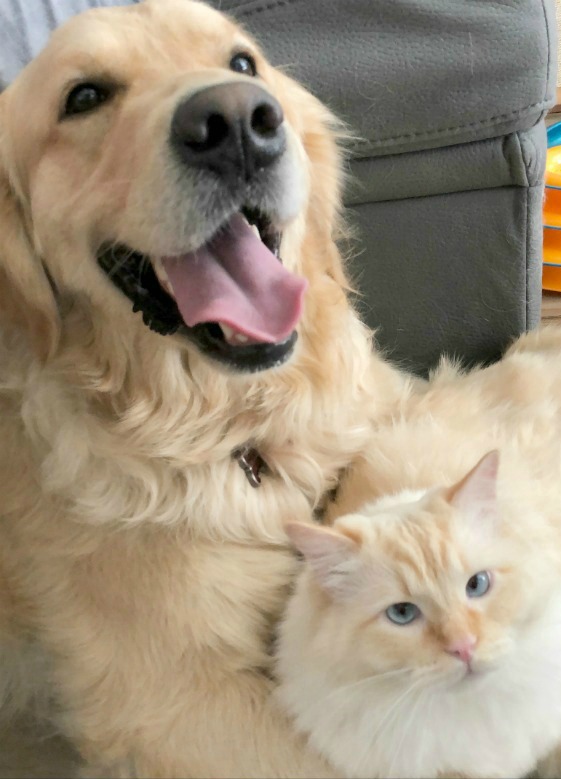