Do you love taking photos?
My mom loves taking photos particularly of ME. She takes lots and lots of photos as her camera is set for multiple shots. My mom has a pretty good camera and most of the time minor editing is needed, like exposure. For the past years, for convenience she’s been using free on-line photo editing. One of the programs she’s been using is Fotor.

Fotor is a photo editing that runs in five platforms, on-line, iPhone, Andriod, Windows 8, Windows, and MAC. My mom mostly use Fotor via her MAC and especially on her iPhone. The examples below were done on Fotor’s on-line version.

Fotor has made many great changes since the first time we’ve used it. If you are new and/or never done any photo editing, Fotor is a good program option to start. It offers a wide array of tools to spice up your ordinary photos.

You can upload multiple photos from several platform such as computer, FB, Picasa, Flickr, Webcam, and Web. Typically every photo needs a little tweaking. Fotor lets you quickly adjust the exposure your photo with the 1-Tap Enchance feature. Typically, it automatically fixes photo exposure in an instant and that’s all you need. 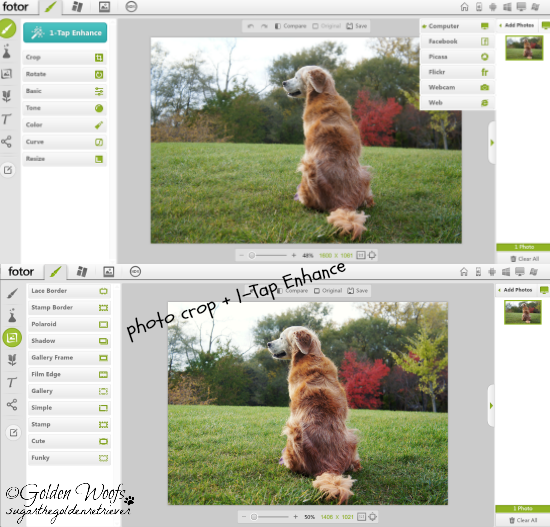 If you need further tweaking, Fotor also offers many effect options to make your photo pop out. Fotor makes it very easy to add frames/borders and text, great way to spruce-up your photo. 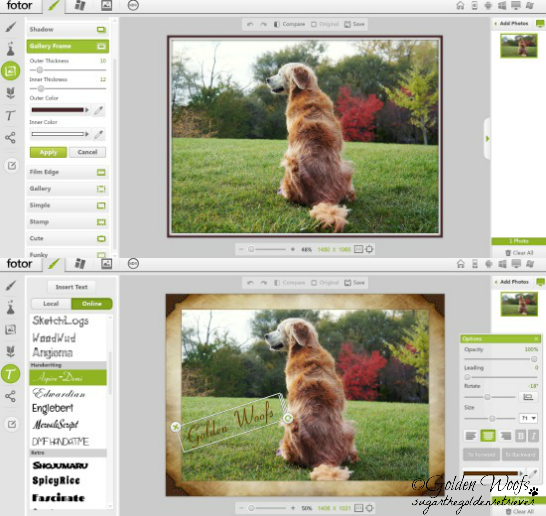 We previously shared a way to do a Color Splash on a Black n White Photo. Fotor’s Color Splash is a breeze. You have to try it. It’s one of our favorite feature. 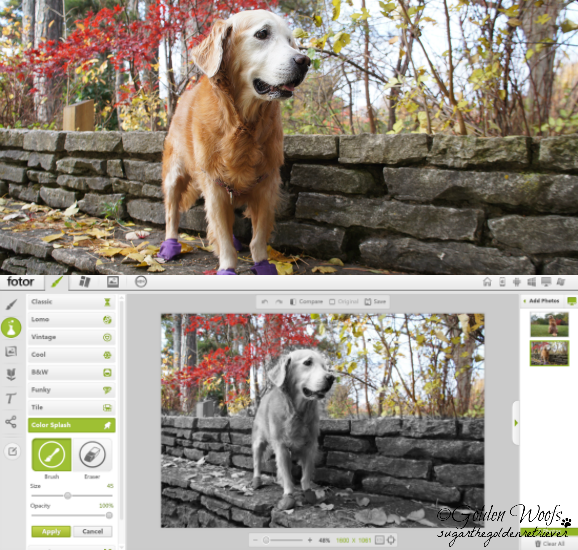 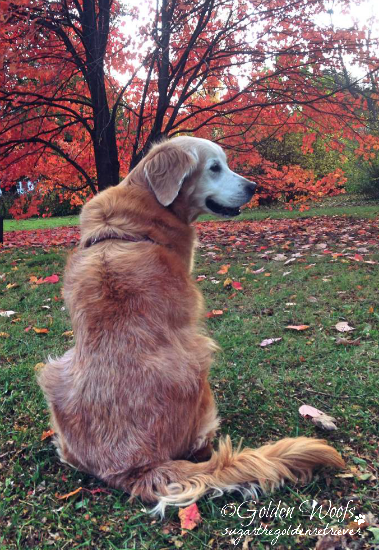 Other Fotor features are making photo collages and photo cards. We invite you to check out as Fotor has a variety of pre-made templates. These features are definitely a time savers.

As I mentioned, my mom uses Fotor iPhone App too and she is amazed with the quality of the photo image.
Check out photo on the left.

All in all, Fotor is an easy to learn free photo editing app and its on different five platforms. My mom prefers using the desktop MAC platform rather than the on-line version. Fotor offers a variety of very cool photo effects which makes your pictures appear to be done by a professional photographer.

If you are looking to give your photographs a new creative life, we invite you to check out Fotor.

Disclosure: This is a sponsored post. Golden Woofs received compensation from Fotor. Golden Woofs is a current user of Fotor and all opinions expressed on this post are from Golden Woofs. Fotor also provided Golden Woofs an HDR Fotor iPhone app. Golden Woofs only shares information we feel is relevant to our readers.